In space, no one can hear you slay. Nicki Minaj joined NBA YoungBoy and Mike Will Made It for their futuristic music video, ‘What That Speed Bout!?’

Nicki Minaj’s prolific – literally – year continues. After welcoming a baby boy with Kenneth “Zoo” Petty, and appearing on so many tracks in 2020, Nicki, 37, kept the streak going with “What That Speed About!?” In the debut single from Mike Will Made It, Nicki joined her fellow rapper (and Minaj superfan) NBA YoungBoy for a futuristic video that gave major I, Robot vibes with an endless stream of androids and outfits that could’ve very well been in a sci-fi thriller set in the future (a fashionable one, that is). 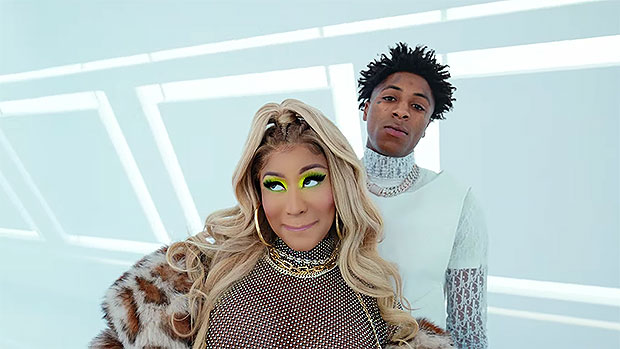 Nicki never actually reveals her baby bump despite filming the visuals during her pregnancy. However, she didn’t need a bun in the oven to grab our attention, after stunning in neon gray, many layers of crystals, bedazzled fishnet and a big cat print fur coat. And then, of course, you have Nicki’s fire verse itself, which you can listen to in the video above. 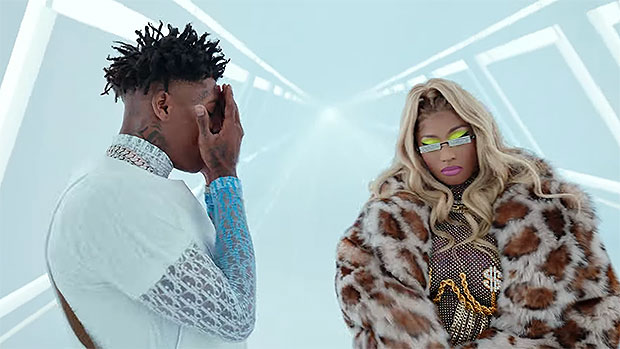 “What That Speed About” is a bit of a bucket-list item for YB. In 2018, he rapped about his perfect woman in his track titled “Nicki Minaj.” Now, in 2020, he’s on a song with her, and zooming across the universe in a sci-fi-themed music video. YoungBoy was seemingly so thrilled about collaborating with Nicki that he shared pictures from the set to his social media in mid-August, per Hot New Hip-Hop. “What that speed about,” he captioned the shots on set, but the pictures were soon taken down. It appears that YB let the cat out of the bag, and the song and video needed to cook a few more months before being unleashed on the public.

At first, some speculated that Nicki was joining YB for one of his tracks. However, when Nicki shared one of the pictures YB posted back in August — along with her then-pregnant belly — she revealed that “What That Speed About!?” was actually Mike Will Made It’s first single off his new album. “QUEEN APPROVED. Thank u for ur patience, the wait is over… BIG hit this Friday , we goin up , the fast way!!  first single off my album #whatthatspeedbout,” he tweeted.

“What That Speed Bout!?” is the latest collab between Nicki and Mike. The frequent collaborators have teamed up in the past on songs like “Black Barbies,” “Rake It Up,” “Good Form,” “Runnin’,” “Throw Some Mo,” and “I Lied.” It’s also Nicki’s ninth song released in 2020, and her eight featured appearance.

Over the past eleven months, she’s teamed with Megan Trainor (“Nice To Meet Ya”), Doja Cat (“Say So (Remix)”), ASAP FERG and MadeinTYO (“Move Ya Hips”), Ty Dolla $ign (“Expensive”), Sada Baby (“Whole Lotta Choppas (Remix)”), Mr Eazy and Major Lazer with K4mo (“Oh My Gawd”). She topped the charts twice already, once with Doja Cat, and again with “TROLLZ,” her team-up with 6ix9ine. Nicki also released her own promotional single, the Rosa Parks-referencing “Yikes,” this year. All the songs, save the Mr. Eazi/Major Lazer collab, broke into the Billboard Hot 100 to varying degrees, reaffirming that Nicki is the go-to rapper when you want your song to be a success. Considering that she did all this while still giving birth to a son, and 2020 has shown how much of a “boss” the “Queen” rapper can be.