Netflix has pledged to cut back on depictions of smoking in its original shows – but some fans aren’t impressed, claiming it will ruin accuracy.

The global streaming service announced the move after a study found cigarette use was more prominent in Netflix shows than in broadcast and cable television programs.

Stranger Things and Orange Is The New Black were among the worst offenders for showing characters lighting up.

In response to the study, from US-based anti-smoking group Truth Initiative, Netflix promised to exclude smoking in original shows aimed at young people, except for ‘reasons of historical or factual accuracy’.

But Twitter users have hit back at the decision, branding it ‘ridiculous’ and ‘stupid’. 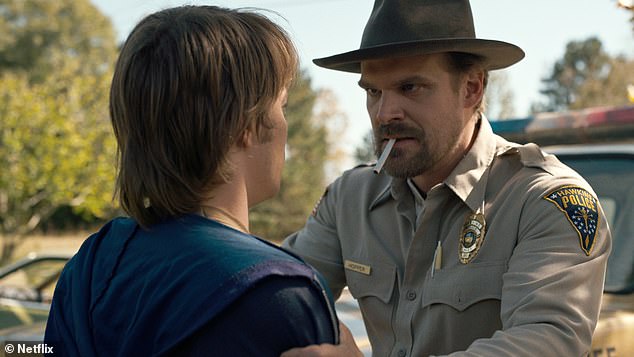 Netflix has been slammed for pledging to cut back on depictions of smoking in its original programs – with many social media users claiming it will ruin the accuracy of its shows. Pictured: A character on Stranger Things smokes during a scene 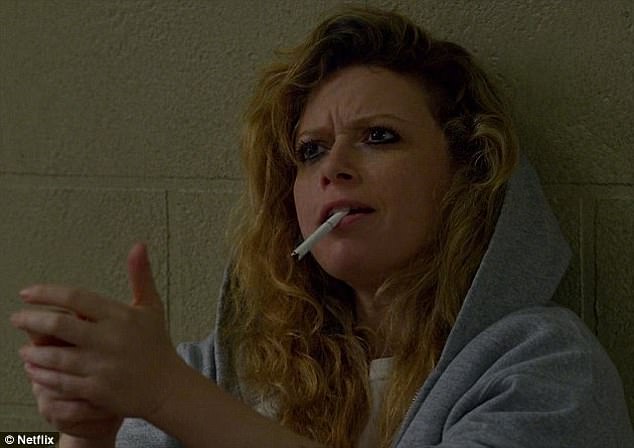 The global streaming service announced the move after a study found cigarette use was more prominent in Netflix shows than in broadcast and cable television programs. Pictured: A scene from Orange Is The New Black, in which a character smokes

Speaking about 80s-based hit Stranger Things, one wrote: ‘They should do no such thing. Don’t like it? Don’t watch it. Also, it’s a period show. That’s what went on. Get the hell over it!’

Another said: ‘God forbid we show things how they actually were. People smoked in the 80s.’

‘The Student Union of my college didn’t ban smoking in the FOOD COURT until 1992. My dorm had smoking floors. I remember when you could smoke on planes. Absurd.’

While one individual added: ‘If smoking presented for historical accuracy, it shouldn’t be cut. Instead, add a message to the beginning of the episode stating smoking is bad.

Reaction: But Twitter users have hit back at the decision, branding it ‘ridiculous’ and ‘stupid’

‘Drugs are bad too, but there are whole shows whose existence depends on it being show. C*** like this is stupid.’

Yet not everyone felt the pledge was unnecessary, with some social media users suggesting the move was positive.

‘I grew up in the 80s… I remember smoking being everywhere,’ one Twitter user recalled. ‘I also remember why it was phased out: because kids mimicked trends on TV.’

Another said: ‘I usually don’t mind it in movies and shows, but there’s a bit too much in Stranger Things, particularly with Joyce Byers.’

Yet not everyone felt the pledge was unnecessary, with some social media users suggesting the move was positive

‘Russian Doll (which is a Netflix series based in current times,’ another Twitter user began. ‘Many characters were smoking cigarettes and indoors no less. I haven’t seen someone smoking a cigarette indoors at a party since 1996.’

Netflix also revealed that all of its new programs, regardless of their content ratings, will not depict smoking ‘unless it’s essential to the creative vision of the artist or because it’s character-defining (historically or culturally important)’.

It said: ‘Netflix strongly supports artistic expression. We also recognise that smoking is harmful and when portrayed positively on screen can adversely influence young people.’

The Truth Initiative study analysed TV shows for instances of smoking and found ‘smoking on the small screen has gone from common to nearly unavoidable’. 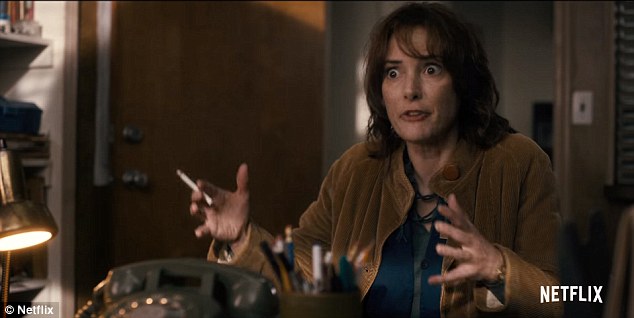 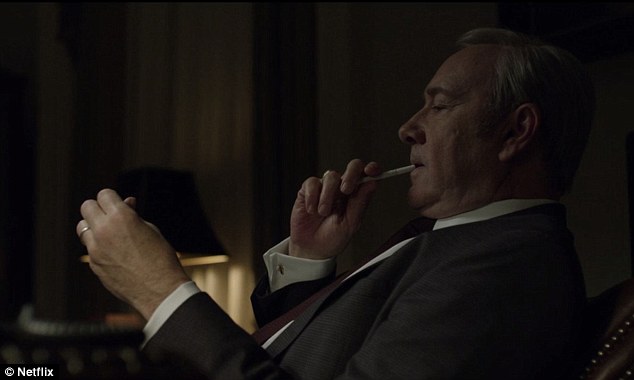 It added: ‘While smoking in TV programs has not been studied as extensively as tobacco imagery in movies, it is reasonable to conclude a similar harmful impact is possible.’

Netflix’s Stranger Things season one had 182 instances of smoking, the study said, while its second season had 262.

Robin Koval, CEO and president of Truth Initiative, said she was stunned by the amount of smoking shown in Stranger Things, which drew an estimated 15.8 million viewers within three days of its second-season launch.

‘We expected to see quite a bit of smoking, but the magnitude of what we saw was shocking,’ Koval said. 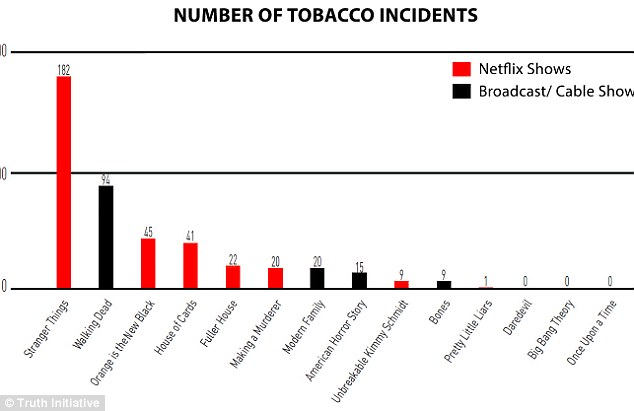 She and her colleagues used a nationally sourced sample to identify the 14 most popular television shows among people between 15 and 24 years old and then watched one whole season of each.

However, the Truth Initiative found Netflix was not the only streaming service to show smoking. 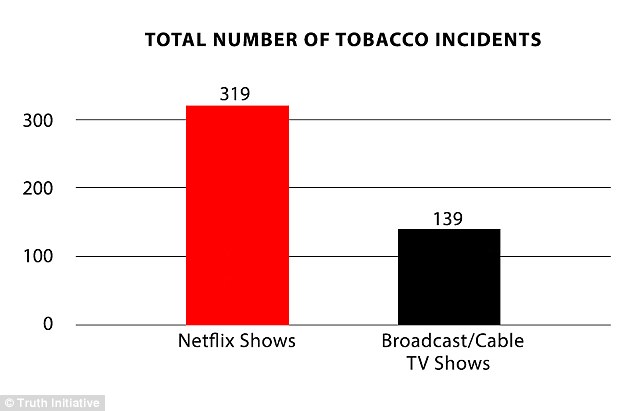 Health advocates warn the findings are alarming given the scores of studies showing teenagers are much more likely to take up smoking as a ‘cool’ habit if they see actors smoking on screen.

‘There has been a revolution in television that now encompasses a complex universe including Hulu, Netflix and an emerging world of on-demand platforms,’ Koval said.

‘And while everybody was watching, but no one was paying attention, we’ve experienced a pervasive re-emergence of smoking imagery that is glamorising and normalising a deadly habit to millions of impressionable young people. It has to stop,’ she added.