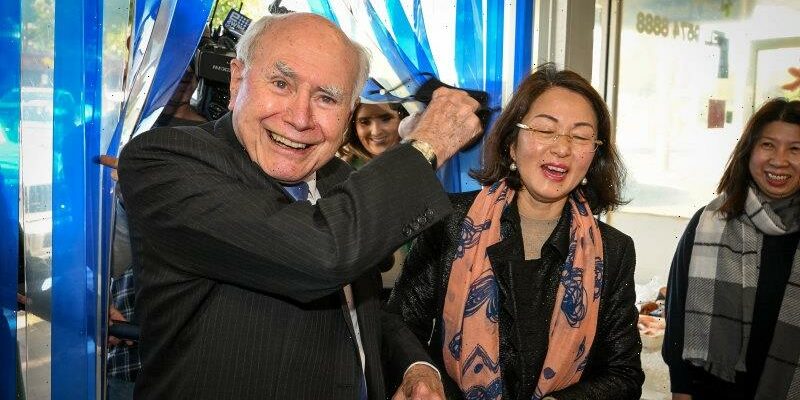 John Howard knows a tight political spot when he sees one. He’s lived through plenty.

And so, with Liberals under siege in three crucial electorates bordering each other in Melbourne’s east, the former prime minister, veteran of decades of blind alleys, escapes from sticky situations, famous victories and dire defeats, was called in to calm troubled hearts. 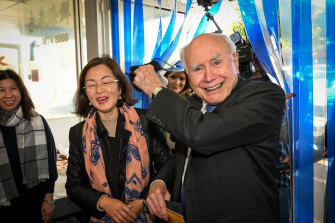 Howard may be 82 and slower on his feet than during his glory years of sprightly power walking and nifty side-stepping, but the Liberal Party is short on popular or available elders these days.

Former prime minister Tony Abbott is tied up in Sydney defending Warringah candidate Katherine Deves as “a tough, brave person who’s standing up for the rights of women and girls, for fairness in sport”.

Deves, under fire for controversial comments she made about transgender children, is standing for the seat Abbott lost three years ago.

Meanwhile, former prime minister Malcolm Turnbull has been making a sport of taking potshots at the current prime minister, Scott Morrison, who he says has a reputation for lying. 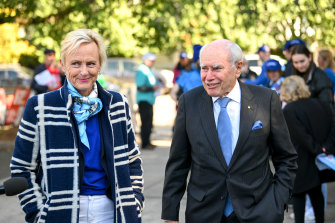 Howard then teamed up with Katie Allen in Higgins.Credit:Eddie Jim

Turnbull hasn’t been spending time assisting any of the government’s at-risk MPs during the election campaign.

And Morrison himself? He’s thought to be so on the nose in the leafier, climate-anxious streets of Melbourne that it appears there is consensus among campaign organisers that he’d do more harm than good if he came swinging by.

And so, it was down to the reliable warhorse, Howard.

He began his mission on Tuesday morning in Chisholm, where the Liberal Party’s Gladys Liu totters on a margin as slim as a razor’s edge. 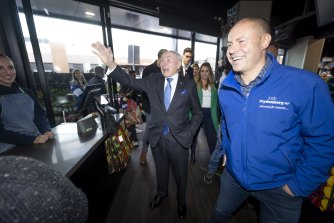 He later moved on to Kooyong to give Josh Frydenberg’s campaign a boost.Credit:Wayne Taylor

It was early in the day. The streets, regrettably, were all but empty as Howard embarked on the most venerable of campaign outings – a street walk.

He then moved on to wealthy Higgins, where Liberal member Katie Allen is in the sights of both Labor and the Greens. Howard stumped around a pre-poll courtyard, happily posing for selfies with voters and merrily shaking the hands of volunteers, including those of the Greens and Labor. 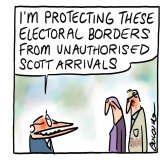 And finally, he appeared at the even-wealthier Kooyong to stand alongside Treasurer Josh Frydenberg, to whom the battalions of teal independent candidate Monique Ryan have brought great strife.

There, he declared voters couldn’t continue to have a Liberal government if they thought they were sending some kind of message by voting for an independent.

Why, we asked Howard, were these Liberals – and the government in general – in such apparent difficulties?

“Oh,” the former PM said airily, “I just think that the longer you’re in office, the harder it is to win.”

He was pretty clearly reflecting on his own period, when, after 11 years in government, he lost not only the government benches but his own seat of Bennelong.

“We thought we’d done a reasonable job, the economy was booming and everything, but the mob started to say they wanted a change,” he said.

Reminded that Morrison had been prime minister for only three years, Howard pointed out that the Coalition government had been in power for nine years.

But then, possibly aware this wasn’t the message stressed Liberal candidates wanted to hear, he moved on to matters a little more current.

Morrison, he enthused, had done “a terrific job”.

“When you think of everything he’s had to deal with … and the economic recovery has been amazing,” he said.

“We don’t know what the result will be, but I don’t mind acknowledging it is tight.

“It’s just, every election is different.”

And with that enigmatic explanation, the former prime minister moved on.

Cut through the noise of the federal election campaign with news, views and expert analysis from Jacqueline Maley. Sign up to our Australia Votes 2022 newsletter here.