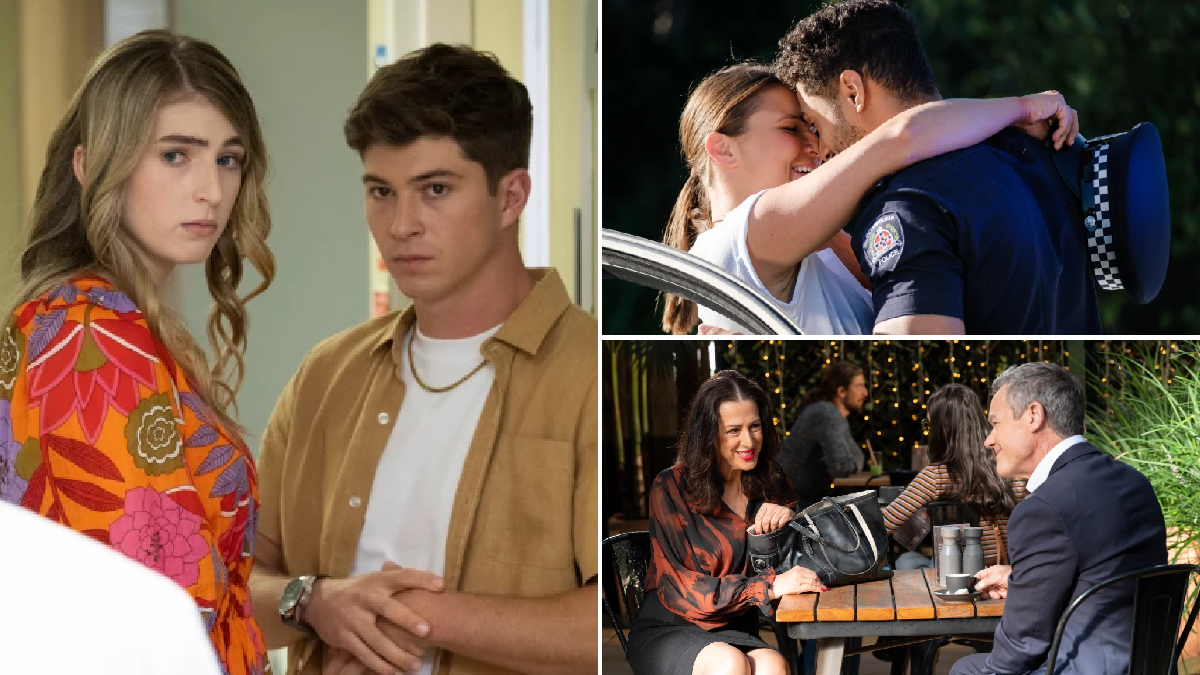 Public declarations are made while surprise new alliances are forged in what promises to be a particularly unmissable week in Neighbours.

Levi Canning (Richie Morris) takes a leap of faith after a word from Chloe Brennan (April Rose Pengilly), as he finally tells Freya Wozniak (Phoebe Roberts) exactly how he feels about her.

The policeman pulls up in Ramsay Street his police car, and publicly declares his feelings for Freya, who watches on in shock, along with several of the street’s finest.

Hendrix Greyson (Ben Turland), meanwhile, is on cloud nine after finding out that he’s getting a transplant, but that joy soon turns to sadness.

The young man, you see, is keen to thank his donor, and despite Karl Kennedy (Alan Fletcher) telling him that it’s just not possible, he does his own digging and finds the donor himself.

Consequences ensue, however, and his transplant is left hanging in the balance.

It’s all kicking off in Ramsay Street net week, and here’s a first look at all the unmissable drama to come.