Is this why you’ve been ghosted? Women reveal the reasons they’ve cut ties – from friends getting ‘obsessive’ to being too embarrassed to say they don’t want to meet for coffee

Ghosting is one of the perils of the modern age in both friendships and relationships, and those who do it are usually roundly criticised for not considering the other person’s feelings.

But now women who have ghosted former friends, have shared their side of the story, revealing why they had to cut all ties.

Taking to Mumsnet, a British mother asked if anyone had ever ghosted a friend, saying it had happened to her a few times and she’d never really understood why.

‘Have you cut them off, stopped contacting them or replying to them?’ she said. ‘Why did you do it? What was going through your head? Do you regret it?

Commenters revealed the ghosting had been prompted by ‘stalker’ behaviour, verbal abuse and constant put downs by their former friends. 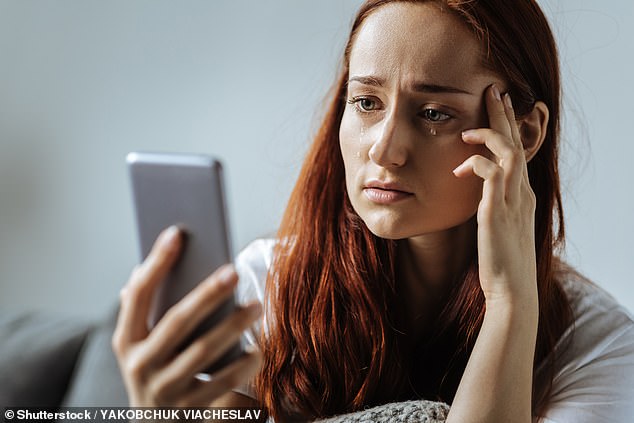 The woman, posting on Mumsnet, was inundated with responses as to why people had ‘ghosted’ – or stood up – their friends – garnering some interesting responses. Stock image

While some people blasted the act of ghosting and dubbed it a ‘mean attitude’, a lot of women said that they felt they had no other choice to cut ties with certain friends.

One woman said: ‘I tried the nicely nicely approach, and just excused myself from social events, said I wasn’t available, but then she reached stalker territory.

‘So I stopped texting her back all together and actively avoided places where she might be.’

Another woman took a similar stance when the relationship became too intense.

As people shared their stories, one commenter said that it’s not acceptable to ghost people, as it’s a ‘mean’ thing to do

‘She was way too obsessive and full-on constantly. I’d tried to set boundaries, which she didn’t like, and I was not looking for that level of friendship,’ she said.

‘So I decided that I didn’t want to pursue that friendship anymore.’

Ghosting is having someone that you believe cares about you, whether it be a friend or someone you are dating, disappear from contact without any explanation at all.

People who ghost are primarily focused on avoiding their own emotional discomfort and they aren’t thinking about how it makes the other person feel, according to experts.

Another woman shared an even worse story, telling how she moved in with her one-time friend, before the relationship turned sour and the woman verbally abused her.

She said the friend came to live with her while she looked for a place in a new country, but her pal seemed jealous that she spoke the language and had her life in order.

‘She started making digs at me ALL the time. Digs about my looks (she’s a stunner, I’m not), my hobbies, my friends, my clothes, my work and all the time.

‘I knew what she was going through was hard, and we were friends, so let it go at first.’

She said the abuse got worse and she couldn’t deal with it.

‘I couldn’t cope hearing anything else bad about me, being told it was a joke, being told I was unfair to her and having to deal with her crying (loudly). So I ghosted her,’ she wrote on the forum.

‘I felt horrible for doing it – truly horrible – and embarrassed, because that’s not how I treat people. I didn’t know what else to do and it was instinctive by that point. I knew it wasn’t nice but I still couldn’t make myself re-enter the situation where I was going to be humiliated again,’ she reasoned.’

Another woman told a story of how her friend called her and hurled abuse at her, because she cancelled plans with 24 hours notice to be with her uncle who was just out of surgery.

Relationship research shows that ghosting (or avoidance) is the worst way to end a relationship, according to the recipient, and can actually lead to bigger confrontations down the line. 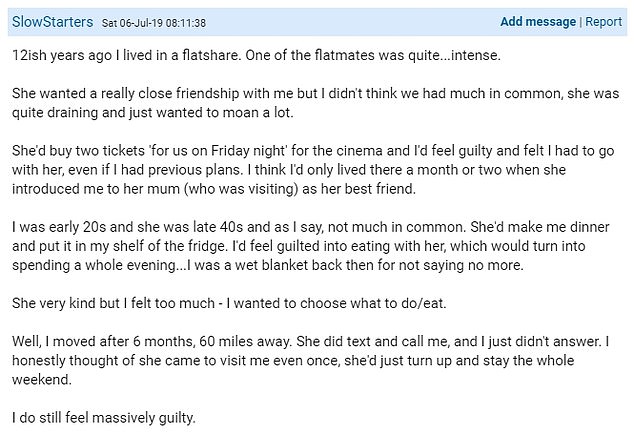