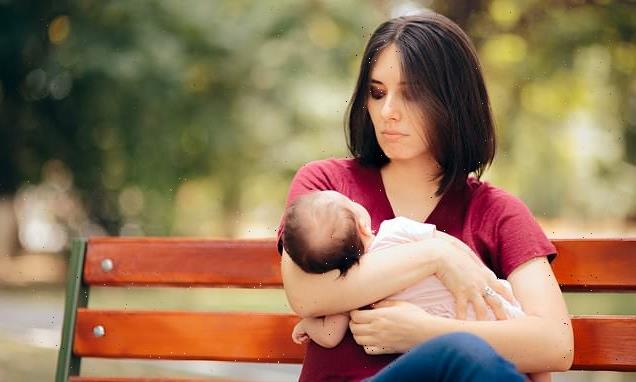 ‘Be aware it may ruin your life’: New mother says she regrets having a baby ‘so much’ in brutally honest post revealing she’s ‘a shell’ of the ‘vibrant and fun person’ she used to be

A new mother has shared how much she regrets having her baby in a brutally honest online post, explaining that she used to be a ‘vibrant and fun person but is now a shell of her former self’.

The anonymous British parent, who has a seven-month-old son, warned other women that having a baby could ‘ruin your life’, detailing how she struggles with sleeping and wishes she could turn back time.

She said she couldn’t imagine being happy ever again in an emotional post on the parenting forum Mumsnet.

Other parents felt for the woman and many said they had felt the same in the early months of motherhood, but had gone on to loving their lives with their children. 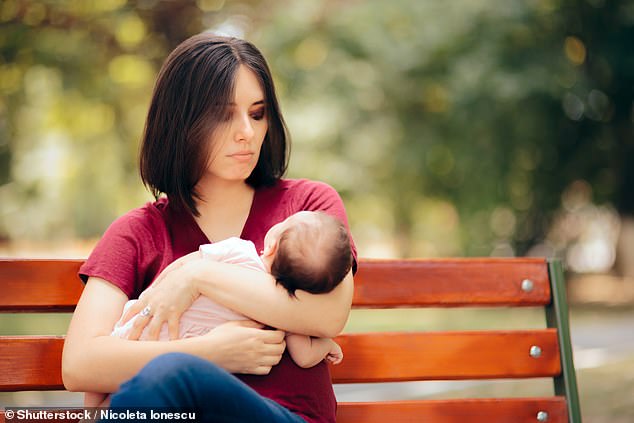 A British mother anonymously shared how she wished she hadn’t had a baby after giving birth to her seven-month-old son, and said she felt like a ‘shell of her former self’ (stock picture)

‘I love my son more than anything in the world, but I regret having a baby so much,’ the mother said.

She went on to say being a mother had ‘destroyed’ her physical and mental health, and that she couldn’t envision a time where she’d be happy again.

‘I used to be a vibrant, interesting, fun person with a great family life and hobbies, purpose and fulfilment. I’m now a shell of my former self, my world is so, so small,’ she said.

‘If I could hit a button and go back to a time before my son existed, without remembering him or knowing he existed, I would do it without hesitation.

‘I regret having a baby so much and I wish with all my heart and soul I hadn’t done it,’ she added.

The mother explained she loved her son, but she regretted having a baby because it had ‘destroyed’ her physical and mental health

In subsequent posts, the mother added that her baby’s sleep had been ‘awful,’ which had been a major factor in how she felt.

However, she did stress that she could count on the support of her amazing partner.

‘He does so much for us both, way more than his fair share. But I can see what a burden I am to him by feeling this way and I am so so worried about the toll it takes on him, having to be a parent and also support me through this,’ she said.

She also revealed a mental health nurse who suggested she took the antidepressant sertraline, however, the mother said she had suffered insomnia because of it and couldn’t cope, so had stopped taking it.

Other parents came to the mother’s help and said they had felt the same way when they had had their first children.

‘Oh I felt like that when mine were that age. I think the first 3-4 years can be brutal depending on the nature of the child. It WILL get easier and more enjoyable, especially if you stick with just the one. Hang in there OP it’s not forever,’ one said.

‘There is a huge pressure on new mums to be over the moon despite the first year being very hard for many, many women,’ another wrote.

‘I couldn’t read this and run,’ one said, before adding: ‘I am so sorry you feel this way. Motherhood is certainly brutal and terrifying. I remember that trapped feeling very well.

‘Have you got support around you? Can you talk about how much you are struggling,’ they asked.

‘Oh poor you. It sounds like you are feeling terrible at the moment. I just wanted to say that doesn’t sound unfamiliar,’ one mother said.

‘I love being a parent, my daughter is 2.5 years old and I went through hell and back to get her here but I have definitely had lots of moments where similar thoughts have gone through my mind. I really didn’t enjoy the newborn stage at all. I just wanted to say, I do feel it gets better the older they get,’ she went on.

‘No advice I’m afraid, but I completely agree with you. Children should be grown and taught elsewhere, then handed to the parents at the age of seven’ one said.

‘I felt like this. It will get better. My DS is 8 now, it’s so much easier when they can do more things independently. I didn’t have any more children as I just couldn’t face the baby and toddler stage again,’ one wrote.

‘Those early years are torture in a lot of ways. However, then they get older, more independent, more interesting,’ another said.

‘It gets much better then, you can have some great conversations with them, they can even teach you things. I don’t like the baby and toddler phase, but I am enjoying the school years,’ they went on.

Some people suggested the new mother might be suffering from Post Natal Depression, however, this was not a professional diagnostic and was not confirmed by the mother.

Many suggested she get professional help to go through these hard times.