“I remember sitting in the front row of what’s currently cinema four, and if you know that film, Lars is very fond of handheld camera work and extreme close-ups, and it probably wasn’t the best place to sit,” Connelly recalls. “But it profoundly affected me.” 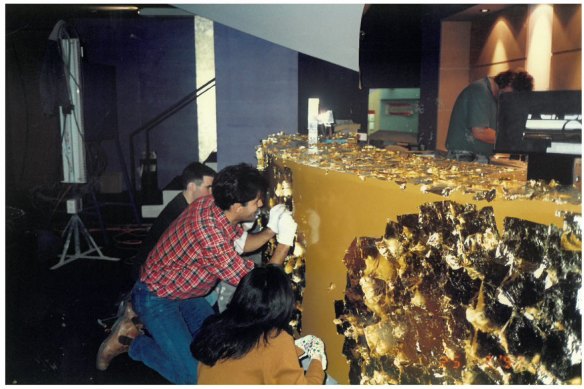 It was February 1997, and the Nova, now the largest independent cinema in Australia, was then a humble fourplex with a glass-walled foyer and curved candy bar downstairs. Opening five years earlier and with half the number of screens, it was a collaboration between Natalie Miller, who started South Yarra’s dearly departed Longford Cinema, and Barry Peak, co-founder of the Valhalla, now the Palace Westgarth. Ben Lewin’s screwball comedy The Favour, the Watch and the Very Big Fish was the first film to light up the projectors, alongside Italian gem Mediterraneo.

Nova marks its 30th anniversary this month with a retrospective celebrating some of the cinema’s biggest hits, including local documentary Lygon Street – Si Parla Italiano. Ticket prices will revert to a very ’90s $5 for one day only on Monday, August 29. 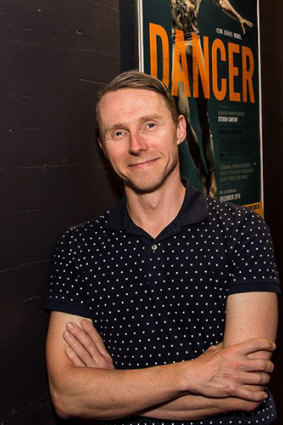 Connelly takes on the chin a running joke about the “rabbit warren” turning every spare broom cupboard into another cinema, as the building organically expanded to a sweet 16, including when the switch to digital freed up space previously occupied by hulking projectors. “It used to be a criticism that a lot of our theatres are small,” he acknowledges. But Nova’s mix of big-to-boutique spaces allows the team to program the little films that could. “When you have a cinema that seats 60 people, it’s a lot easier to say we’ll take this quirky drama or niche documentary and give it a proper season.”

It allows them to squish in extra sessions of short but sublime films like Celine Sciamma’s Petite Maman, and to let breakout indie hits run and run. “Parasite ran for nine months and would have run for a year easily had it not been for the pandemic.” 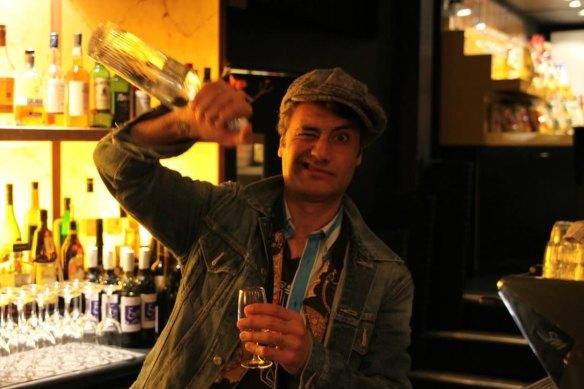 Taika Waititi behind the Nova Bar in 2014.Credit:Cinema Nova

They carve out space for cult not-quite-hits, including Nova’s infamous monthly outing of Tommy Wiseau’s eyebrow-raising clunker The Room, which has become one of their biggest box office earners. “You can program the noble failures alongside the absolute masterpieces,” Connelly insists.

Growing up, his father had an office on nearby Elgin Street, so they often popped into the Nova to catch the latest hit from the American New Wave, or high-flying spectacles like Michelle Yeoh-led Crouching Tiger, Hidden Dragon. “So if you want to think about life in a cinematic way, there’s a lot of foreshadowing of my coming here,” he says.

While he loves hearing tales of the ghosts of Nova’s past, he’s not convinced the cinema’s haunted, despite it taking over a former funeral parlour – you can still see the old arched business sign on Lygon Street. “I’ve been in the theatre at all hours and never seen anything supernatural, but I love that people think that possibility is real.”

While lockdowns were a challenge, Connelly says Nova fans flocked back when they reopened. “We’re going through a very interesting moment around the realities of streaming. It was an amazing thing to have during the last two-and-a-half years when we would have lost our minds without it. But cinema creates an event in a way you can’t get at home.”

That includes an overnight Twilight marathon and regularly transforming the now upstairs foyer and bar with takeovers inspired by films, including Wes Anderson’s kooky The French Dispatch, and Denis Villeneuve’s sci-fi sequel Blade Runner 2049. But not every film works as well, even by the same director. “It has to be practical,” Connelly says. “You can’t pour tonnes of sand on the floor to recreate Dune.”

He never doubted Nova’s bright future and is glad to have helped steward it for half of its starring role in Melbourne’s cinematic scene. “It’s the best sandbox, because Nova is the most influential and essential independent arthouse cinema in the country, and it dictates the culture not just in Melbourne, but nationally.”

For more information about the retrospective showcase visit cinemanova.com.au