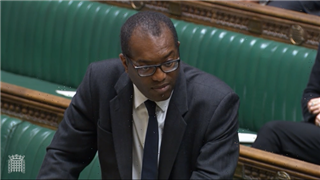 MORE energy firms could go bust over the coming weeks, the Business Secretary warned today as taxpayers braced for a big bailout bill.

But Kwasi Kwarteng insisted there was no need to panic and dismissed fears of brutal outages like those endured during the Winter of Discontent. 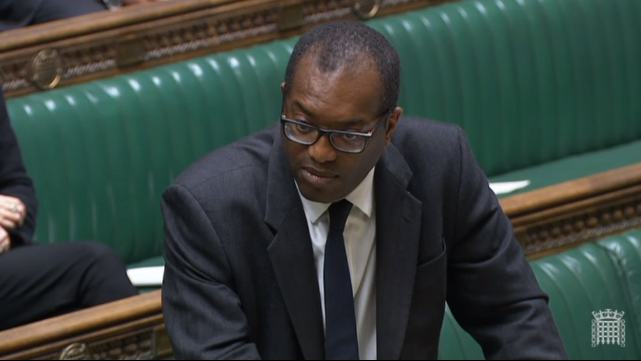 The Cabinet Minister told MPs: "There's absolutely no question of the lights going out, or people being unable to heat their homes.

"They'll be no three-day working weeks or a throwback to the 1970s."

Energy suppliers are grappling with huge gas price hikes that is leaving them unable to deliver on promises to customers.

Several have already gone to the wall and those on the brink are begging the Government for emergency cash.

Bulb, the UK's sixth largest provider, is among firms seeking a Government bailout.

Speaking in the Commons this afternoon, Mr Kwarteng said: "Obviously, the global gas situation has had an impact on some of our energy suppliers.

"We've already seen four suppliers exit the market in recent weeks and we may well expect to see further companies exiting the market over the coming weeks."

Companies going under could mean Brits are forced to stump up more by switching suppliers.

Mr Kwarteng has held crisis talks with the energy sector to thrash out a solution but ministers are reluctant to bail out smaller providers.

The Business Sec said saving consumers money will anchor the Government's approach to the crisis.

He confirmed to MPs that the energy price cap which protects customers from sudden spikes is staying.

But it means the soaring costs are being absorbed by energy firms and putting them at risk of sinking.

The Government is not ruling out financial support for big providers – which could leave taxpayers footing the costs.

Shadow business secretary Ed Miliband warned that UK families were going to be hit by a "triple whammy" of tax rises, fuel costs and the end of the Universal Credit uplift this winter.

WHY is gas so expensive?
Wholesale gas prices have soared 75 per cent this year thanks to global demand as the world emerges from the pandemic and countries compete for reserves.

WILL the UK’s gas run out?
No. Ministers insist the nation has plenty in reserve, with the majority of our supply coming from the North Sea and topped up by pipelines under the sea from Norway.

HOW does this affect food and drink supplies?
High gas prices forced two fertiliser factories to shut. They produced CO2 which was supplied to meat processors and brewers. The nation’s CO2 supply is set to run out in weeks.

WHAT is the Government doing about this?
Business Secretary Kwasi Kwarteng is in meetings to head off any shortages.
Some green taxes could be temporarily axed to help energy suppliers.

WILL this affect my bills?
The energy price cap is going up. Cheaper rates could come off the market.