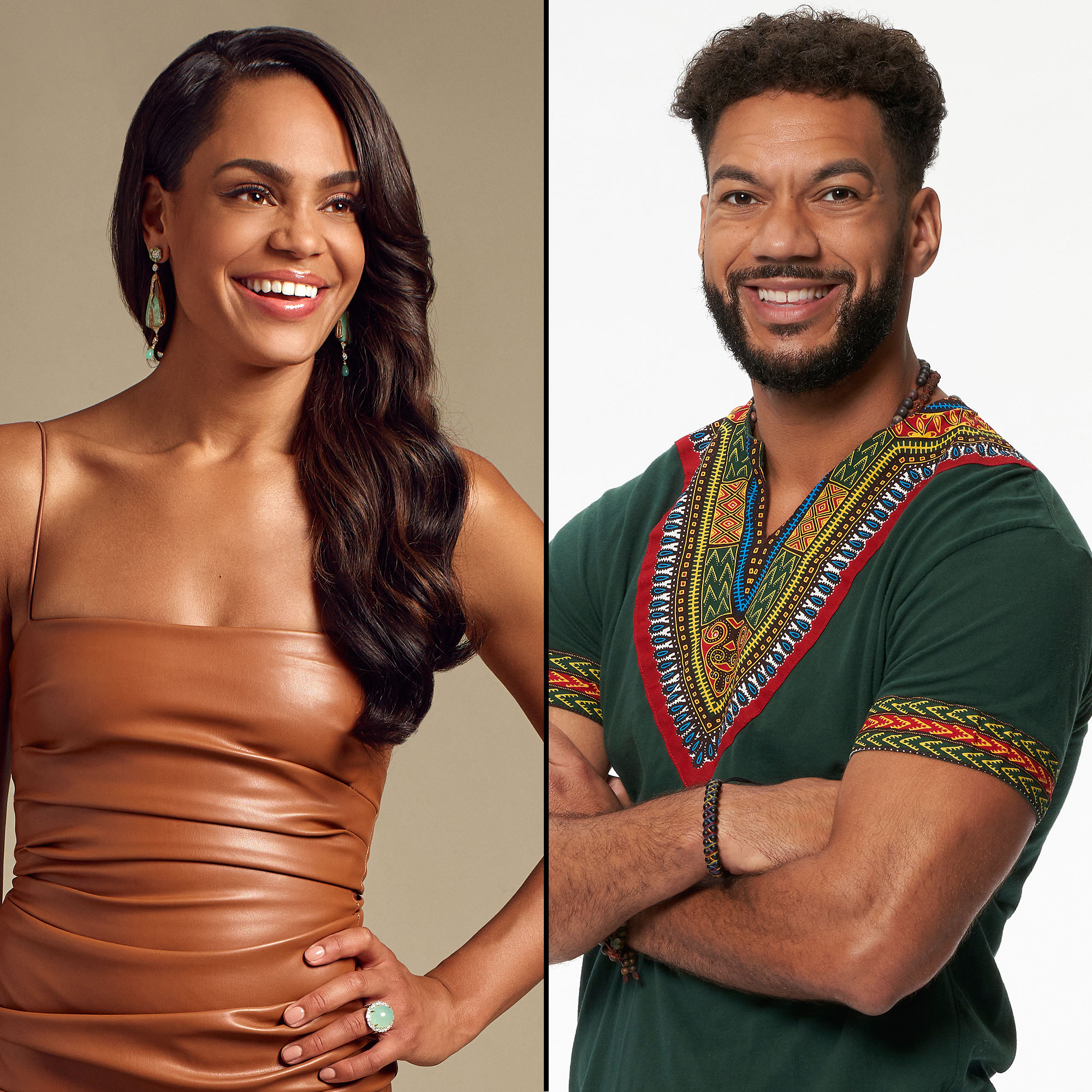 Standing her ground. After Jamie Skaar called out The Bachelorette season 18 lead, Michelle Young, for being on “spring break mode” during the Tuesday, November 2, episode, the Minnesota native has savagely clapped back.

Michelle Young’s Season 18 of ‘The Bachelorette’: Everything We Know

“What can I say…teachers truly do love Spring Break,” the fifth grade teacher, 28, tweeted on Tuesday. She also added the following hashtags to her post, “No more grading papers,” “nap time” and “I can pee when I want to.”

During the episode, the Washington native, 32, privately spoke with a producer after the spoken-word performance group date, in which Brandon Jones earned the coveted rose. Jamie, at the time, felt the other suitors were not on his level and even called out the Bachelorette for how she was juggling various relationships.

“My problem with Michelle right now is I feel like she’s in spring break mode,” Jamie said during the Tuesday episode. “If you genuinely thought your husband was in the room, do you go into spring break mode? I’m not going to judge it, but that doesn’t mean I can’t make fun of it. I gotta wait for five weeks to get to the end of this? I really thought it’d be a stronger group of guys.”

First 1-on-1! 5 Things to Know About ‘Bachelorette’ Suitor Jamie Skaar

The Bachelor season 25 runner-up eventually eliminated Jamie before the rose ceremony after learning that he was responsible for stirring up the previous episode’s rumors about her connection with contestant Joe Coleman. 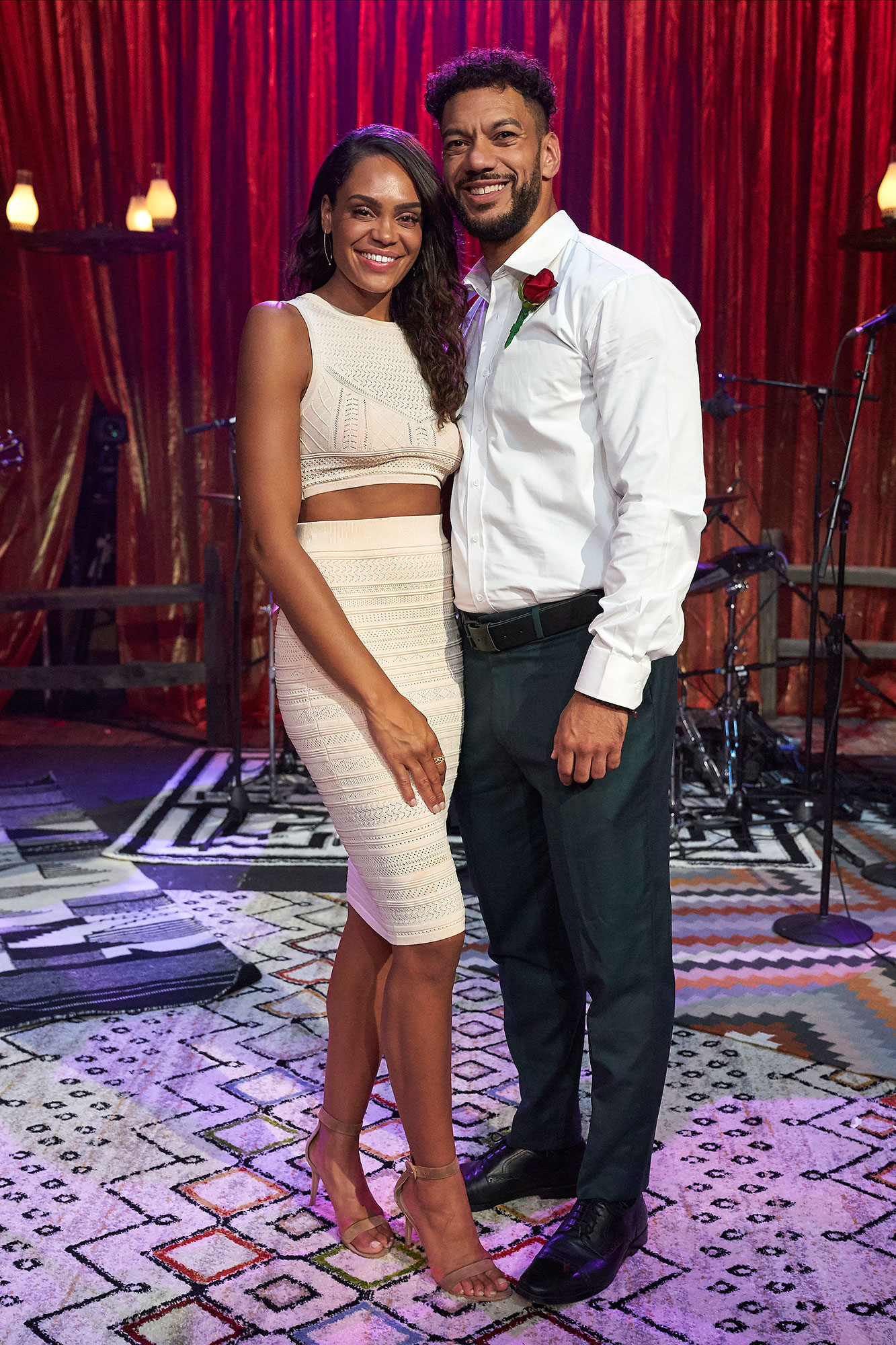 “I feel like our trust was completely broken,” Michelle told Jamie during the episode. “This message that you told me was not only not accurate, but this drama was created around my character. You brought up that second story — you put that out there, Jamie. You did. That’s not protecting me whatsoever. I’m very hurt by you right now. I don’t trust you at this moment and I have to be done with it.”

Ahead of the Tuesday episode, the former basketball player was late to the viewing party due to her teaching commitments.

“The reality of being Bachelorette and a teacher at the same time because so many people are gearing up for tonight’s episode and I am gearing up for my last parent-teacher conference,” she explained in an Instagram Story video at the time. “Which, honestly, I would not have any other way, but you better believe when I’m finished, I’m hopping in my car, I’m zooming home safely and I’m turning on The Bachelorette.”

One week prior, Jamie told Michelle that several of the men suspected she and Joe, 28, were in a relationship ahead of filming. During the October 26 episode, the University of Washington alum claimed that his friend saw Michelle at a bar and noted that she was “already boo’d up with a tall, light-skinned baller.”

Blindsided by the accusations, Michelle emotionally wondered whether any of her remaining suitors trusted her intentions. Later that evening, the Bradley University alum addressed the rumors, noting that while she had previously messaged Joe via social media before the show, they were not in a relationship and the men were on an equal playing field upon taping.

“Ayyy if you know me like me, love me and/or care for me don’t worry about tryna defend me to this crowd,” Jamie wrote via Instagram Story on Tuesday night. “It’s not the time, place or necessity. Ppl that were looking for [something] to be angry about or towards found it. I’m unphased. They’ll be on to their next trigger next episode & next szn. I know very little about this show and BN but it seems pretty clear this is the pattern for some of then. Everything is the same for me. Much love n respect and I extend that to everyone.”

The Bachelorette airs on ABC Tuesdays at 8 p.m. ET.