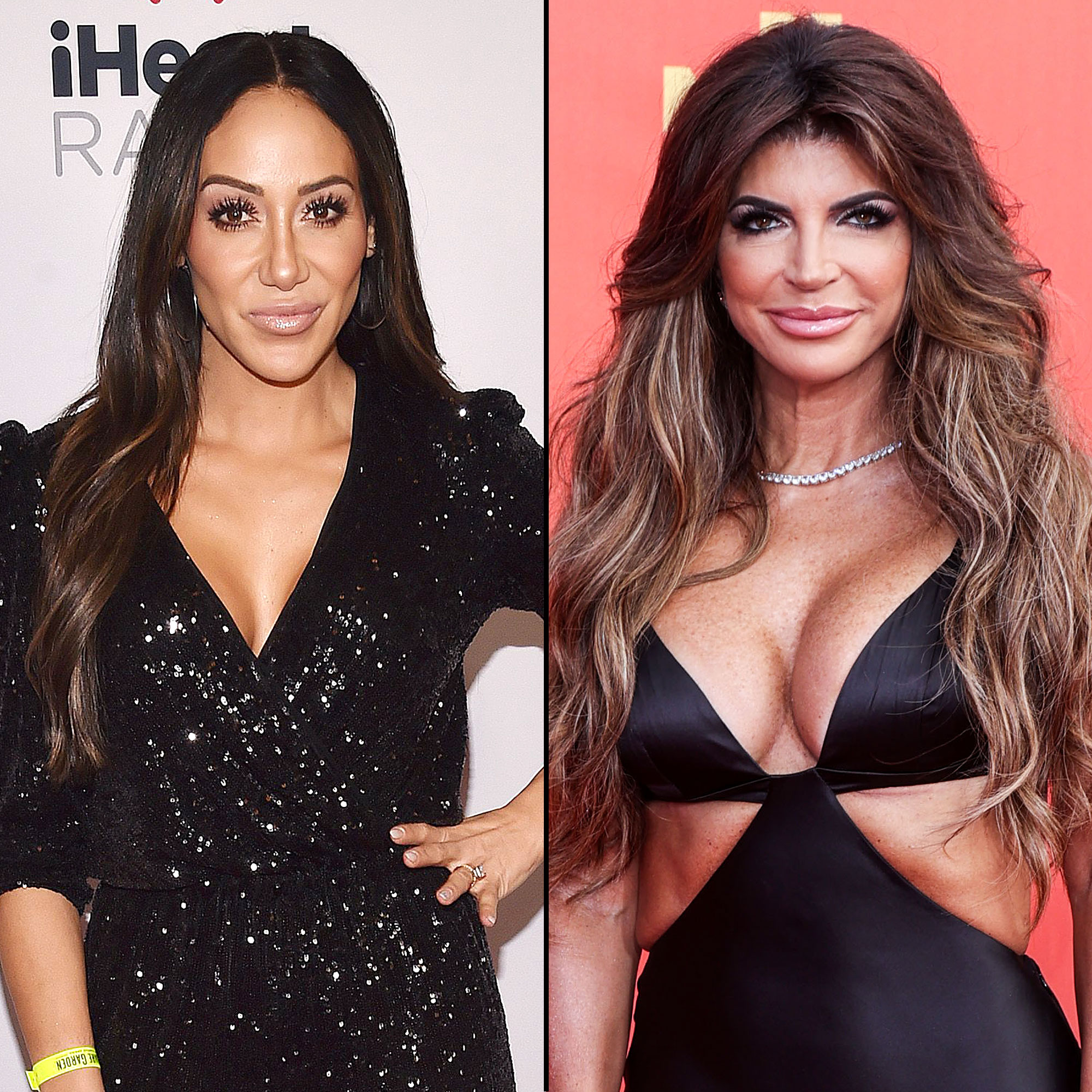 After she and her husband, Joe Gorga, discussed their decision to skip the 50-year-old Celebrity Apprentice alum’s wedding to Luis Ruelas, the 43-year-old Bravo personality took to her Instagram Story to dispel the rumors. “People are taking pieces from my podcast and assuming I’m leaving the show,” Melissa wrote on Thursday, August 11. “This is how rumors get started. I never said I was leaving the show. I was just clarifying how we felt after a difficult weekend. We have no plans on leaving. #RHONJ.”

Giudice and Ruelas exchanged vows on Saturday, August 6. While the rest of the RHONJ cast was on hand to witness the pair tie the knot — including Dolores Catania, Jennifer Aydin and more — the Gorgas didn’t attend. 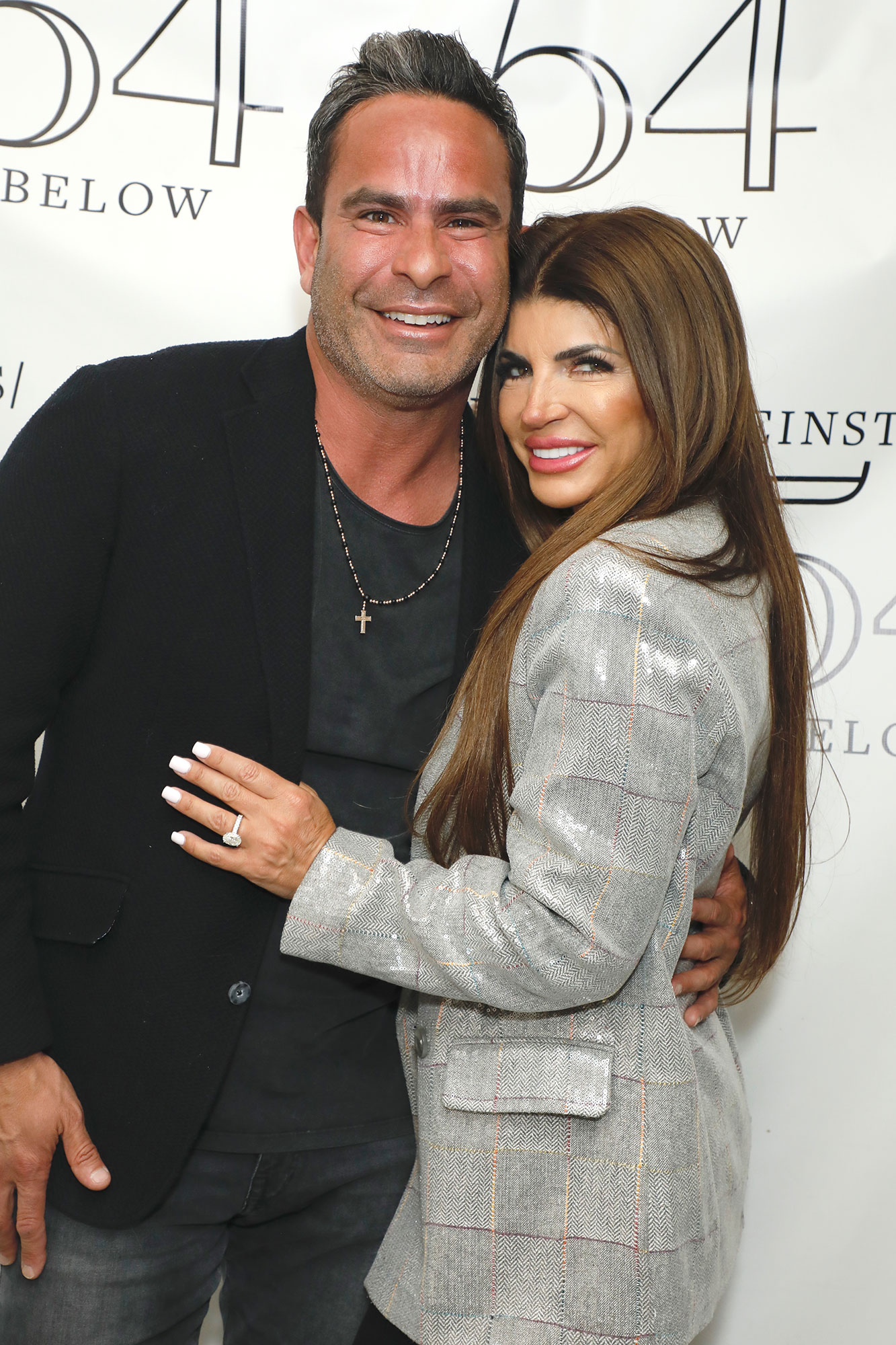 “We have a laundry list right of reasons in our heads [of] why and I will let all my listeners know this — obviously, there was something that went down at the finale of filming The Real Housewives of New Jersey,” Melissa began on Thursday’s episode of her “On Display” podcast. “Those exact details, I obviously cannot say today. Anything that we have filmed is something that I am not able to talk about.”

The designer told listeners that the “full, entire story” has not yet been aired out, but she pointed out that there are some details emerging that are “obviously not coming from my camp.” She went on to confess that there has been some “crazy” family drama brewing.

“Yes, there was a little aggression from certain people that could have been a little scary,” the singer continued. “There definitely were moments. There was plenty of reasons for Joe and I to say it would be very strange — including everyone in that room, by the way — to look at Joe and I to say like, ‘Yes, it would be very strange for you guys to just be sitting in the pews tomorrow, like, wishing them well on their wedding day.’ It would be strange.” 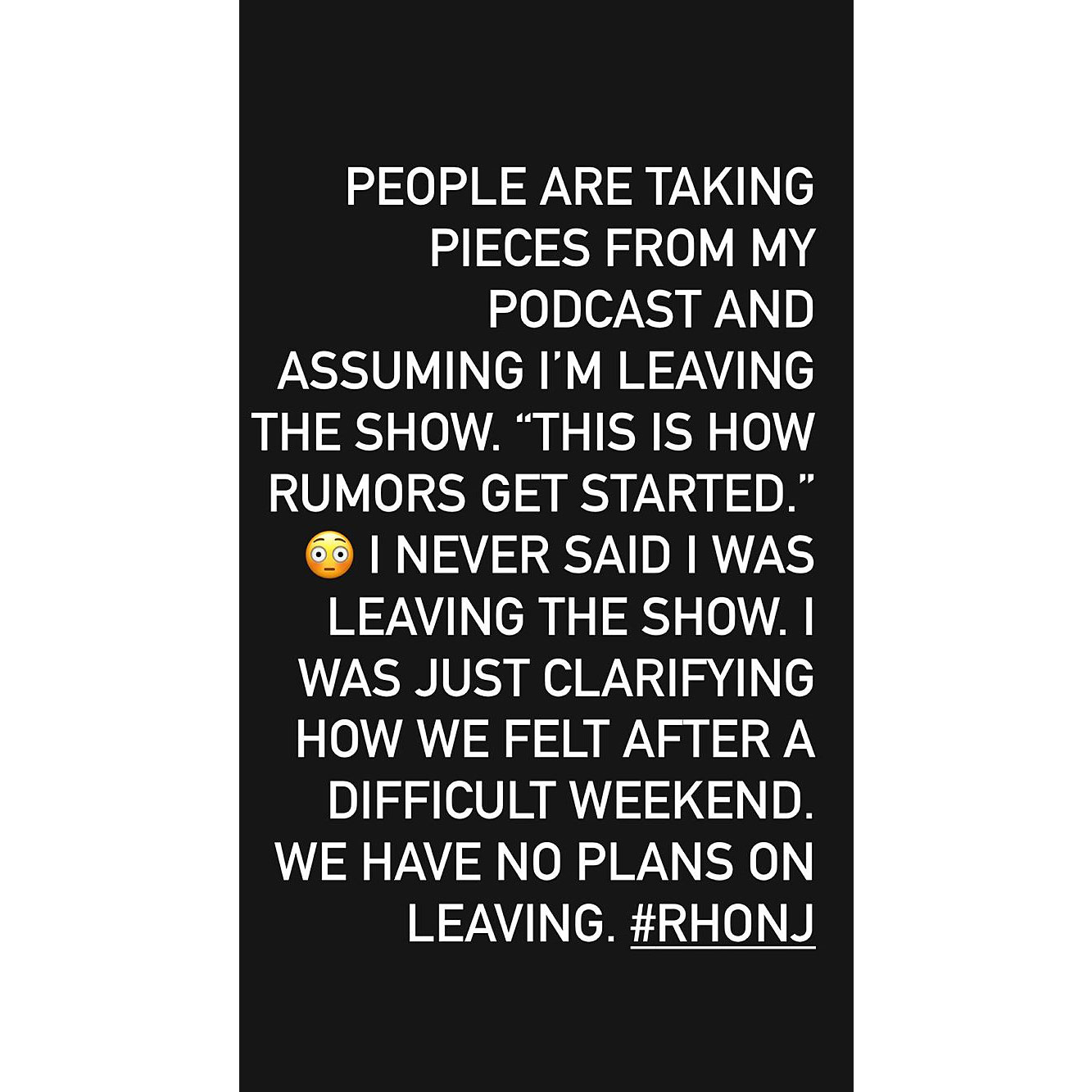 Joe, 42, added that he tends to “disagree” with people who blame all the tension on the family’s involvement in RHONJ. “I know we’re on a reality show, but if you’re pure and you’re honest and you go in with open arms, why do you have to fight? Why are we fighting? Why is this going on? Is there a jealousy thing going on? Not with us. We’re not jealous,” he asserted.

The real estate developer said skipping his sister’s nuptials “was one of the hardest days of my life,” alleging much of the drama stems from what went down at the season 12 reunion.

“This is what she really wanted. She didn’t want you in the wedding. She didn’t want any of my children in the wedding. She barely wanted me,” he claimed. “I was asked after all this information went out to be in a wedding. And that’s what saddens me. … When I left that reunion, I looked at you in a car and I was like, ‘Wow, she hates us. I’ve never seen her like this.’ … And Melissa immediately texted her and said, ‘Listen, we’re all good. Let’s move forward.’ She never responded.” 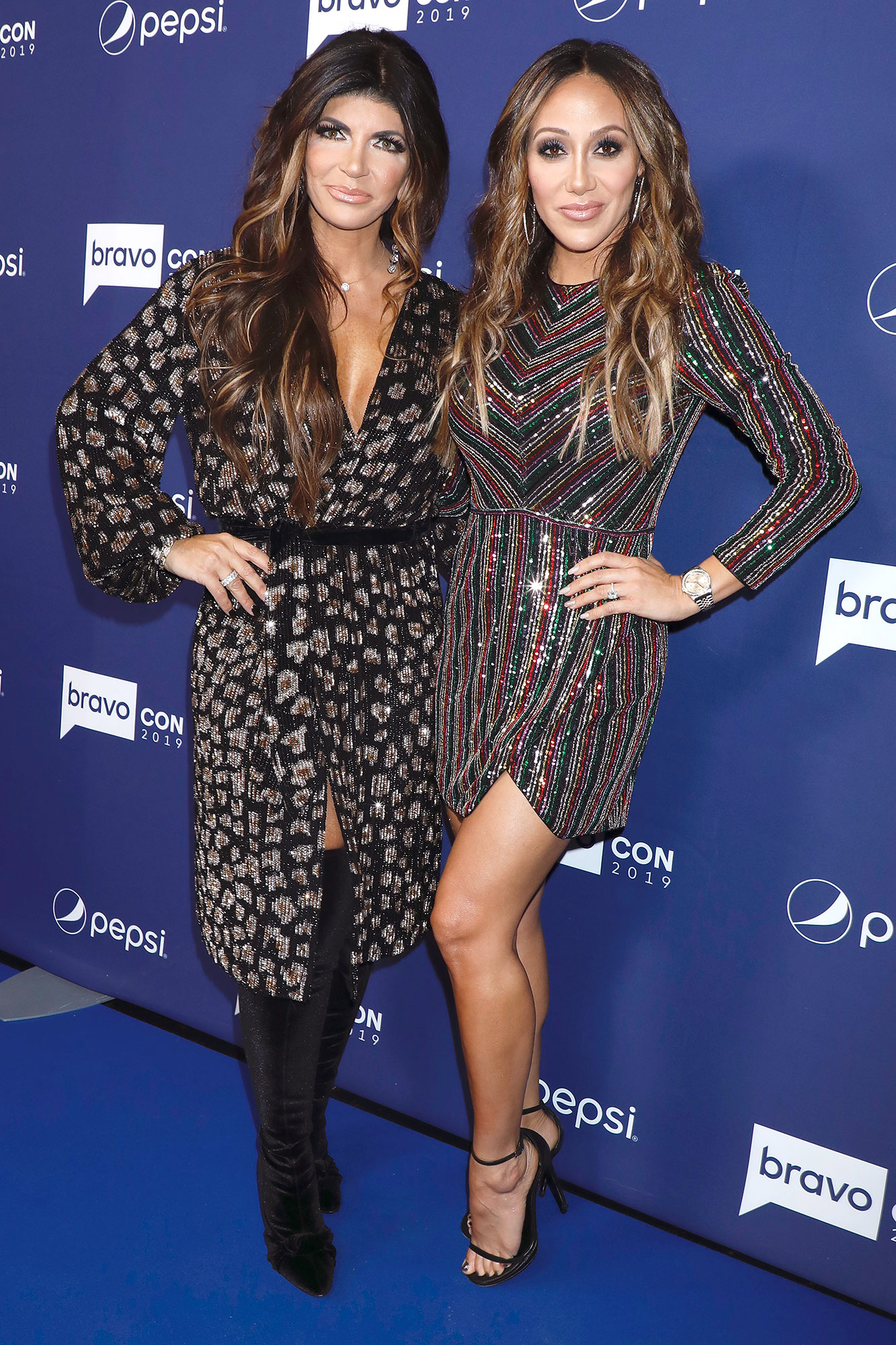 As Housewives fans speculated about the couple’s absence from Giudice’s big day, a source exclusively told Us Weekly that it was “a last-minute decision” to skip the wedding “after a blowout fight” with the bride. “Melissa was blindsided by the ‘rumor’ that was revealed,” the insider added. “That’s when things escalated and got out of control.”

While the Standing Strong author has yet to publicly address the alleged feud, her husband shut down reports that the newlyweds asked Melissa and Joe to pay for bailing on the wedding. “We would never in a million years ask for money from Joe and Melissa – we are not petty. Joe and Melissa were missed,” Ruelas commented on an Instagram post earlier this week.