For Meghan Markle, life is turning out to be quite like a fairy tale. Many women can only dream of meeting an actual prince, falling in love, and getting married in a ceremony that is watched by millions of fans around the world.

However, for Meghan, this became a reality. She went from living a normal life while growing up in California, to becoming a successful actress, landing her big break on the legal drama Suits.

The role of Rachel Zane came after small supporting roles in movies alongside well-known actors, as well as being a briefcase model on the game show Deal or No Deal. Chances are when Meghan was finally offered the job on Suits, she thought things couldn’t get any better.

Little did she know what the future had in store for her! Does a source close to Meghan say that she never would have guessed that she’d be a duchess one day? 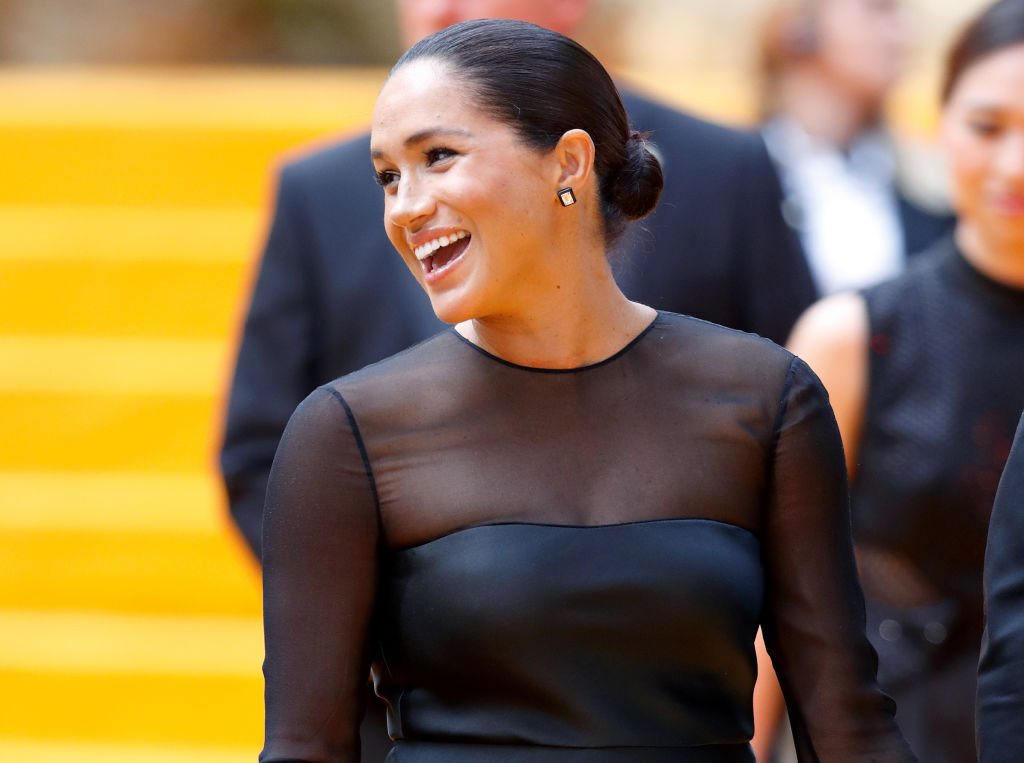 When Meghan was growing up in Southern California, she often accompanied her father, Thomas Markle, to work on the set of Married With Children, where he worked as a lighting director. She eventually realized that she wanted to be in the acting business, and worked hard to make it happen.

After graduating from Northwestern University, Meghan knew that she had to be persistent and pay her dues, and that’s exactly what she did. According to Insider, the aspiring actress worked a variety of odd jobs, doing everything from freelance calligraphy to selling frozen yogurt. Eventually, she nailed her Suits audition, and her acting career officially took off.

She was married once before

Happy one year anniversary to Their Royal Highnesses, The Duke and Duchess of Sussex! Today marks the one year anniversary of the wedding of The Duke and Duchess of Sussex. Their Royal Highnesses exchanged vows at St George’s Chapel within the grounds of Windsor Castle on May 19th, 2018. The selected song “This Little Light of Mine” was chosen by the couple for their recessional. We hope you enjoy reliving this moment, and seeing some behind the scenes photos from this special day. A message from The Duke & Duchess: Thank you for all of the love and support from so many of you around the world. Each of you made this day even more meaningful. Photo credit: Chris Allerton/Joe Short (B&W); PA (color) ©️SussexRoyal (B&W images and video)

As most royal fans are well aware, Prince Harry was not Meghan’s first husband. As Town and Country reports, she was married to producer Trevor Engelson from 2011-2013. While many royal fans may have thought that Harry’s grandmother would have frowned upon the fact that Meghan had been divorced, it was actually quite the opposite.

According to Reader’s Digest, her majesty liked Meghan so much that she broke royal tradition. When royals marry someone who has been previously divorced, a church wedding is typically not allowed. However, for Meghan and Harry, that rule was overlooked, and they became husband and wife at St. George’s Chapel in Windsor, England.

Tonight, The Duke and Duchess of Sussex attended the first of a two game series of the Major League Baseball #LondonSeries, in support of @WeAreInvictusGames. Tonight’s highly anticipated game between the #Yankees and #RedSox took place at London stadium, Olympic Park. The @WeAreInvictusGames, of which His Royal Highness is Founding Patron, has been selected as charity partner for the @MLB 2019 series. The Invictus Games Foundation is the international charity that oversees the development of the Invictus Games, an international adaptive multi-sport event in which wounded, injured or sick armed service personnel and veterans participate. It celebrates the power of sport in recovery and how it can help, physically or psychologically, those suffering from injuries or illness. The word ‘invictus’ means ‘unconquered’ – it embodies the fighting spirit of the competitors. As part of the partnership, the Invictus Games Foundation have a team participating in London’s #Softball60, the social softball series built for the city and targeted to introduce the sport to new audiences and demonstrate that it is an inclusive sport. On this #ArmedForcesDay, tonight’s event was also a chance for Their Royal Highnesses to shine a light on the men and women here in the UK and around the world who have sacrificed so much for their country. Discover more about the Invictus Games Foundation through the link in our bio. Photo credit: PA

We all know that Meghan has a sparkling personality and a down to earth approach to life. Before she was set up on a blind date with Prince Harry, she never would have predicted what her future held. According to Express, Meghan’s former Suits co-star, Adam Godley, said that if Meghan had been told years ago that she would marry Prince Harry, she would have “laughed.”

According to Adam, Meghan has taken on a “tough” role as the Duchess of Sussex. However, she is a strong, hardworking person, so we definitely know that it is a role that she can handle. Judging from her royal duties so far, she is doing just fine as a member of the royal family.

What did Meghan’s former co-star say about Harry?

When speaking about the royal couple, Godley said that Prince Harry made a “wonderful choice” when he decided to marry Meghan. According to Fox News, Meghan sought out famous British men to date before finding herself in a relationship with Harry.

However, Adam’s statements definitely contradict what has been previously said, and we couldn’t be happier. Most people couldn’t think of a couple who are a better match for each other than Meghan and Harry.

Although Meghan may not have thought she’d become a duchess one day, we have to say that it suits her well.