Stephen Haggerty has spent his summers in Arlington, Vt., since he was 3 years old, in 1961, working on a farm, playing bingo at dance socials, and hearing stories of the artist Norman Rockwell.

It seemed that nearly every parent, every local farmer, every business-owner Haggerty encountered in Arlington had posed for the famed illustrator, who lived there with his wife and three sons between 1938 and 1953. Haggerty, an editor and author who writes under the name ST Haggerty, was walking among icons — though most of them were too humble to brag about it.

“I knew some of the people we knew were models,” Haggerty recalled. “But I didn’t know I knew that many!”

Four years ago, Haggerty began tracking down these former neighbors and friends — many now in their 80s — and asked them about their experiences posing for the painter in Vermont. “Call Me Norman, The Backstories of Rockwell’s Beloved Models,” his latest book, as yet unpublished, includes 100 hours of interviews with 25 models, including Rockwell’s sons Jarvis (now an artist, 88) Thomas (a children’s book author, 87) and Peter (a sculptor who died this past February at 84).

“He did the best paintings of his career here,” said Haggerty, who splits his time between Arlington and Pawling, NY.

Rockwell was already a successful illustrator by the time he moved to Arlington from New Rochelle — an artsy Westchester suburb — in 1938. He had been contributing covers for the Saturday Evening Post magazine for 20 years. Yet, he was feeling stifled and uninspired.

“He got tired of the class structure in New Rochelle and New York City,” said Haggerty. “He wanted to be around down-to-earth people. And when he first got to Arlington, he saw all these marvelous faces.”

“When he moved to Arlington, Vermont, everybody was a model,” Jarvis Rockwell, the artist’s oldest son, now 88, told The Post. “The whole town looked like one of his covers.”

Rockwell stopped using professional models and began casting his neighbors, friends and family members in his pictures, largely as themselves. He would ask them to come to his studio and instruct them how to pose. His photographer would take snapshots, which he would then use as a reference for the finished product.

Rockwell was a meticulous art-director — sometimes changing his model’s clothes and often bringing furniture and props into the studio, such as a table carted all the way to Arlington from a Manhattan automat. The finished pictures not only were incredibly detailed and lifelike, but also had a lot of heart.

Though Rockwell and his family ended up moving to Stockbridge, Mass, in 1953, the 14 years they spent in Vermont would prove profoundly influential. They lived the same kind of modest life Rockwell portrayed in his work. Upon his death, the artist bequeathed just one painting to each son.

“I don’t even remember which one I got,” admitted Jarvis, who lives in North Adams, Mass. “It’s down at the Norman Rockwell Museum in Stockbridge. But I appreciate that he gave one to all of us!” 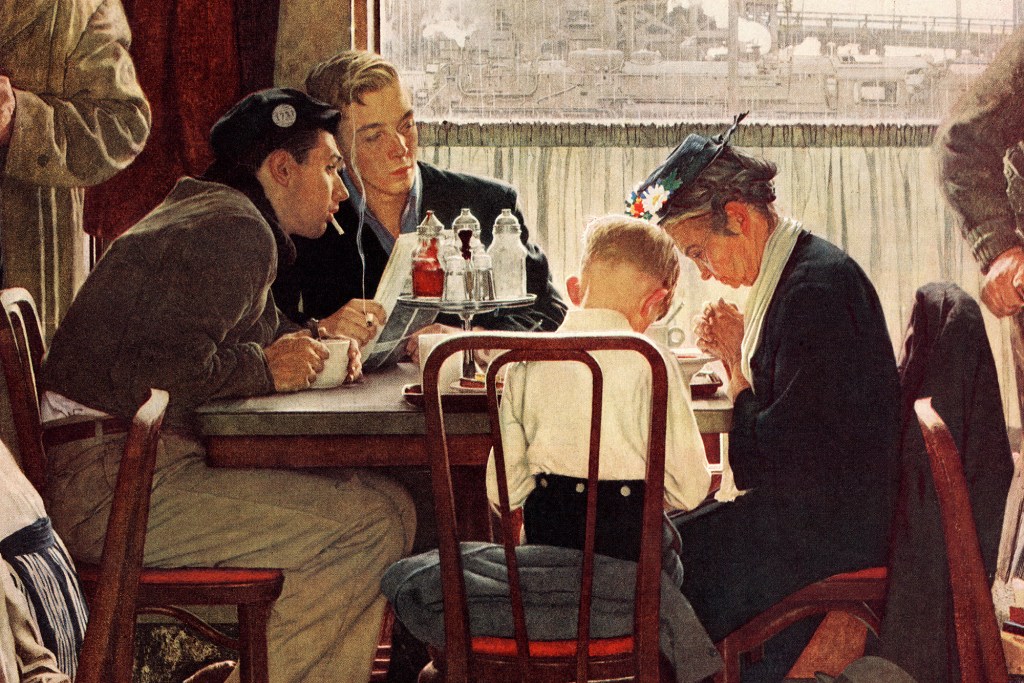 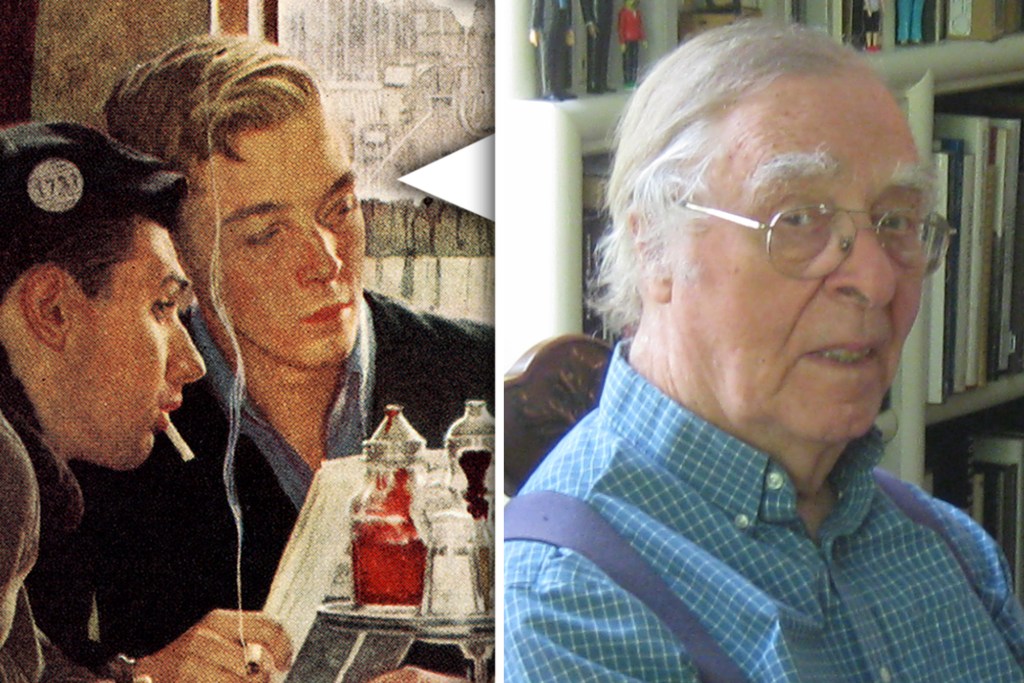 RuPaul Says “Don’t Give Up On Love” As ‘Drag Race’ Scoops Third Consecutive Reality Win
We and our partners use cookies on this site to improve our service, perform analytics, personalize advertising, measure advertising performance, and remember website preferences.Ok