Machine Gun Kelly’s most famous tattoos and their meanings

Machine Gun Kelly and Megan Fox could be headed down the aisle.

The “Transformers” star was spotted wearing a “ring on that special finger” Wednesday while watching the singer rehearse for the 2021 MTV Video Music Awards, Us Weekly reported.

A source further speculated to the magazine that a “surprise announcement” may be made during Kelly’s performance of “Papercuts” with Travis Barker at Sunday’s awards show.

They met on the set of “Midnight in the Switchgrass” and made their red carpet debut at the 2020 American Music Awards in November.

This isn’t the first time the couple have sparked engagement rumors, as Fox was spotted wearing a huge ring in January.

However, she shot down the engagement rumors at the time by wearing a ring that proudly stated, “F–k you.” 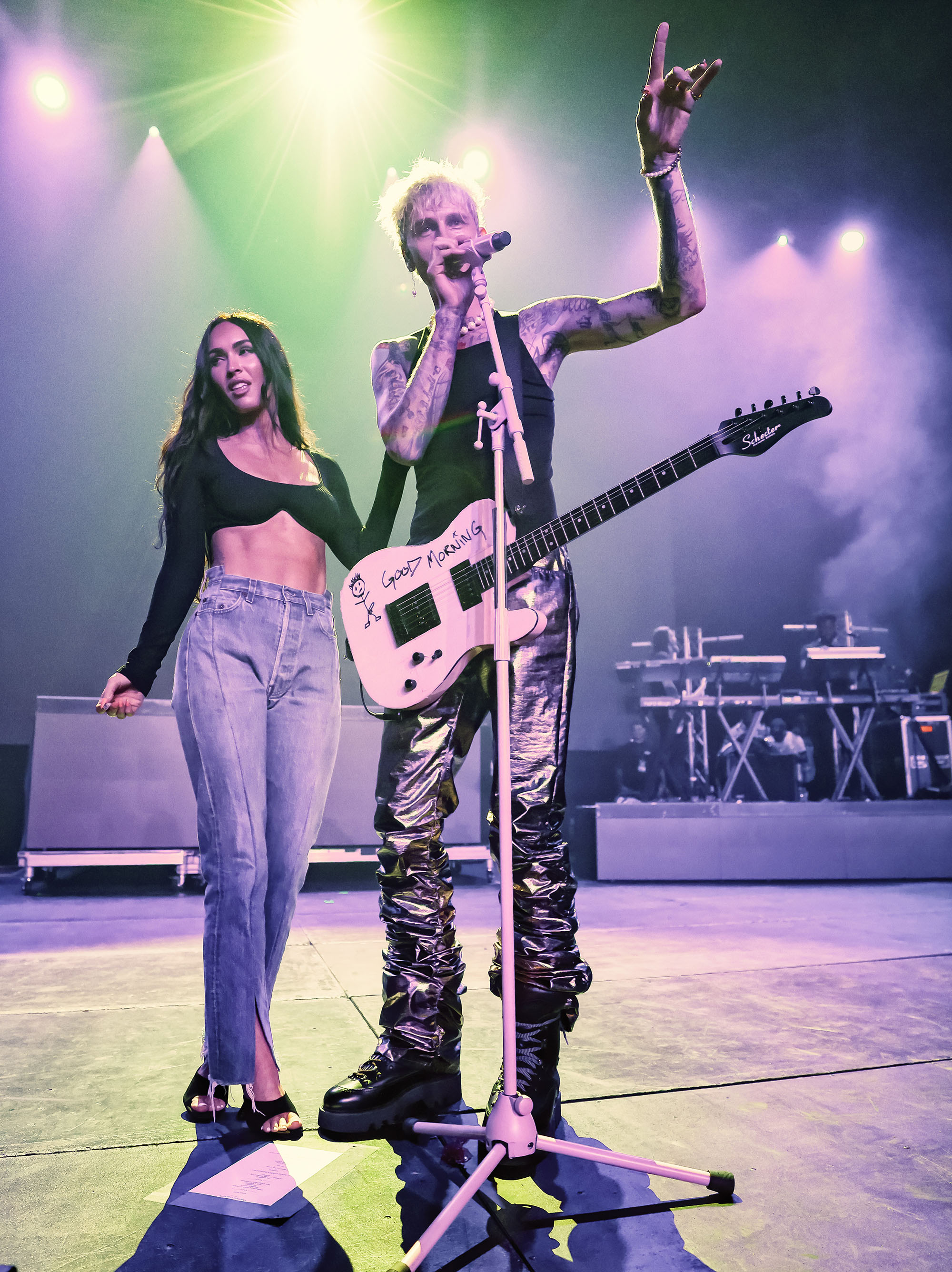 This would be the actress’ second marriage, as she is in the midst of a divorce from newly announced “Dancing With the Stars” contestant Brian Austin Green. She filed paperwork last November to end their 10-year marriage.

Meanwhile, this would be the first marriage for Kelly, whose real name is Colson Baker.

He has a 12-year-old daughter, Casie, from a previous relationship with Emma Cannon.

Reps for Kelly and Fox didn’t get back to us.