Watch the breakfast strata! Luke Wilson and Dermot Mulroney’s tussle in The Family Stone may have ended in a flash, but the pinnacle scene in the beloved 2005 family drama took much longer to shoot.

A Guide to Every Holiday Movie on TV This Season 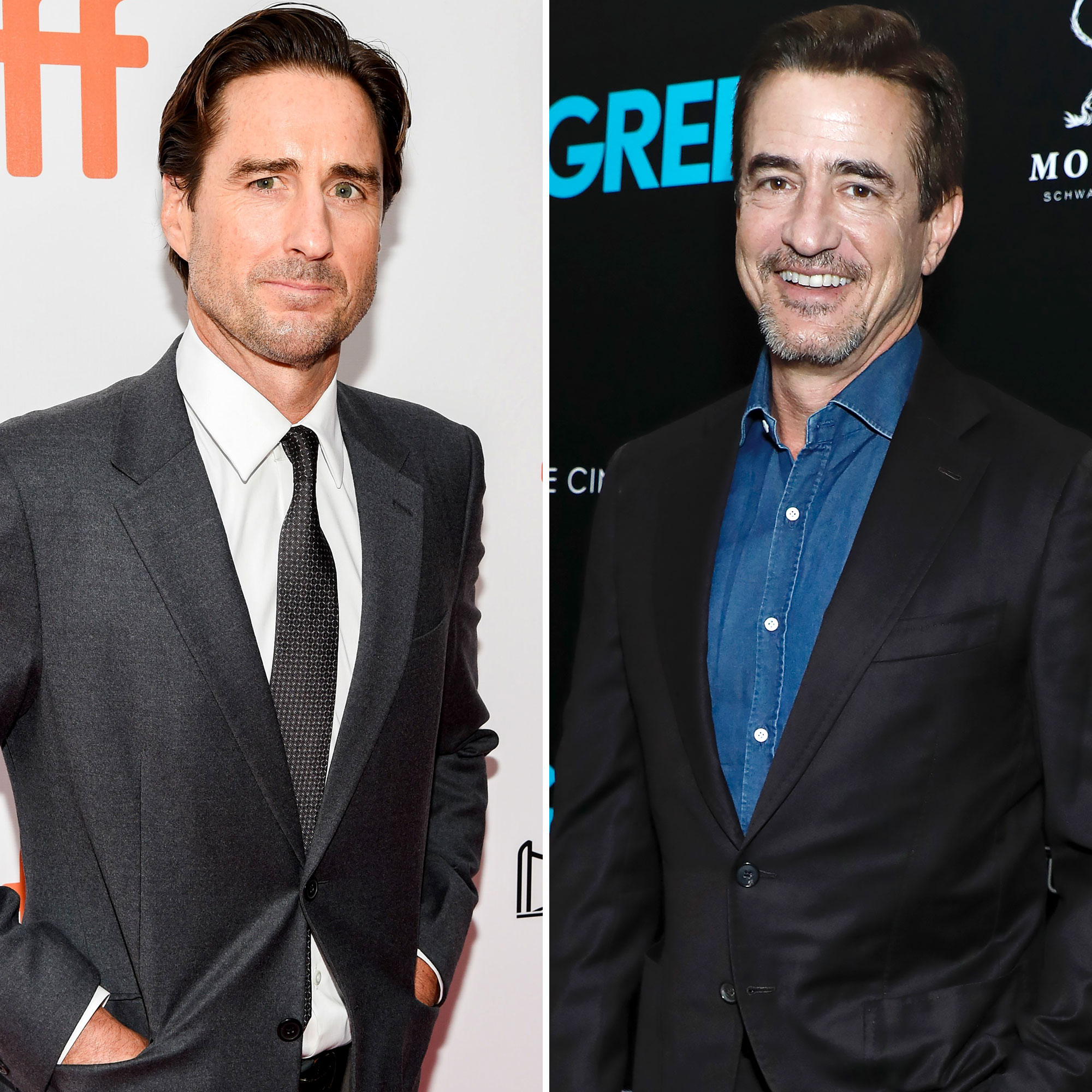 “I definitely think it was a couple of days because those dinner table scenes always slows things down. You got the food, and the different closeups and the wide shots and things like that. But once it got turned into that chase and basically a stunt, they had to rig the table and they had to get the food. As fun as those [scenes] are, they do become athletic events where you don’t want to blow takes,” Wilson, 50, exclusively revealed to Us Weekly. “As much fun as it is, you are certainly concentrating like, ‘OK I have to be over here when that happens, and over there when that happens and under the table.’ And then the stunt man is going to break the leg out and then Dermot is going to jump on top of me and the turkey is going to fall over. … As organized as they are, they do become chaotic, which can happen sometimes with regular stunts. Once you get rolling they get an energy of their own.” 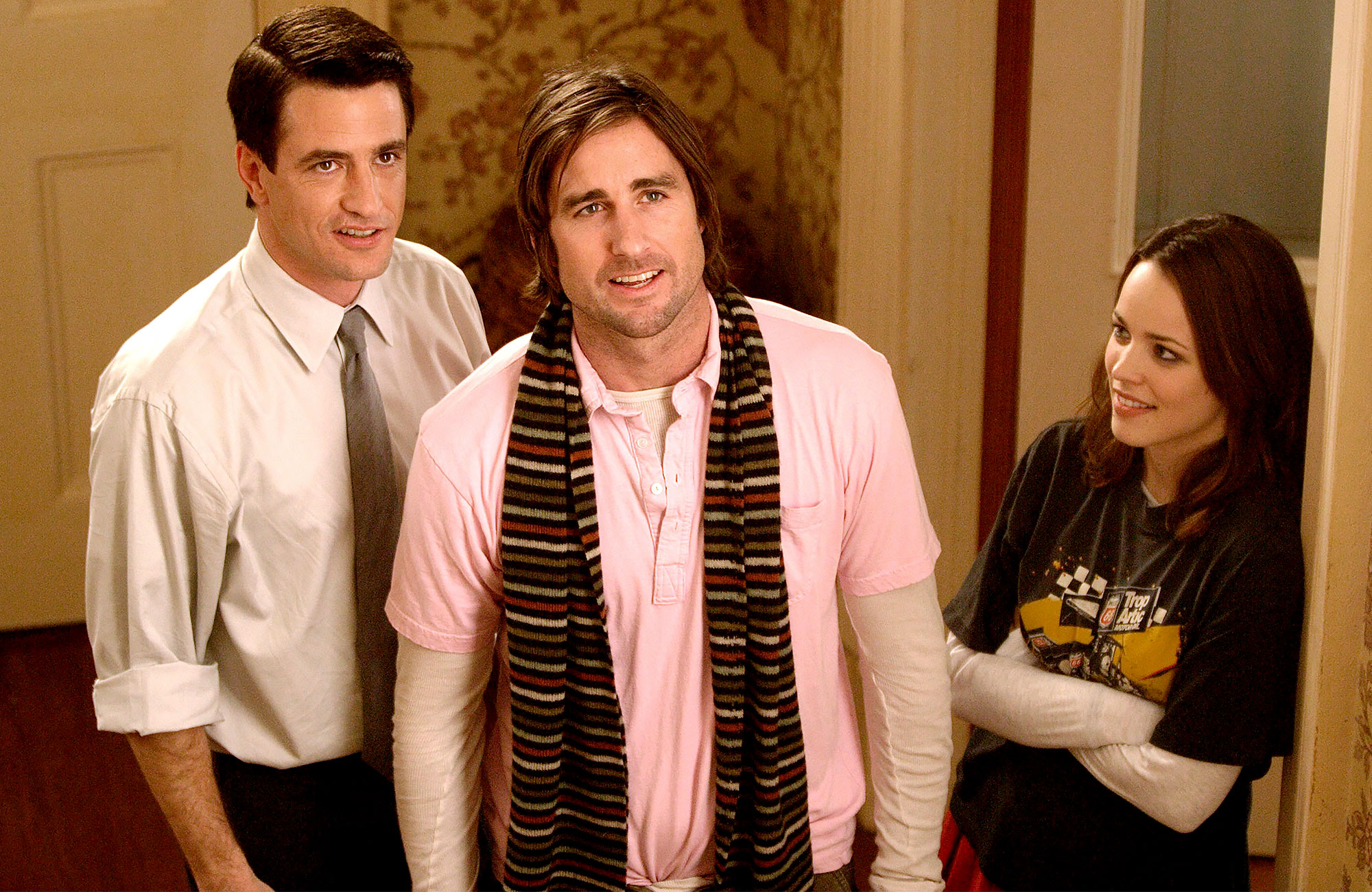 Wilson and Mulroney, 58, played polar opposite brothers in the Thomas Bezucha film. When Mulroney’s Everett believes Wilson’s Ben slept with his fiancee, Meredith, played by Sarah Jessica Parker, 56, he chases him from the living room to the kitchen until they are eventually rolling around under the table and Meredith is left with her Christmas dish splattered on her shirt. Matriarch Sybil (Diane Keaton) and sister Amy (Rachel McAdams) also slip on the mess and fall alongside their uptight holiday guest.

“Something like that [takes] an hour to set it up. Sarah Jessica would have to get a new blouse and [fix] her hair,” Wilson explained. “That was really fun where I kind of limped back to my car after running around and wrestling with Dermot so much.” 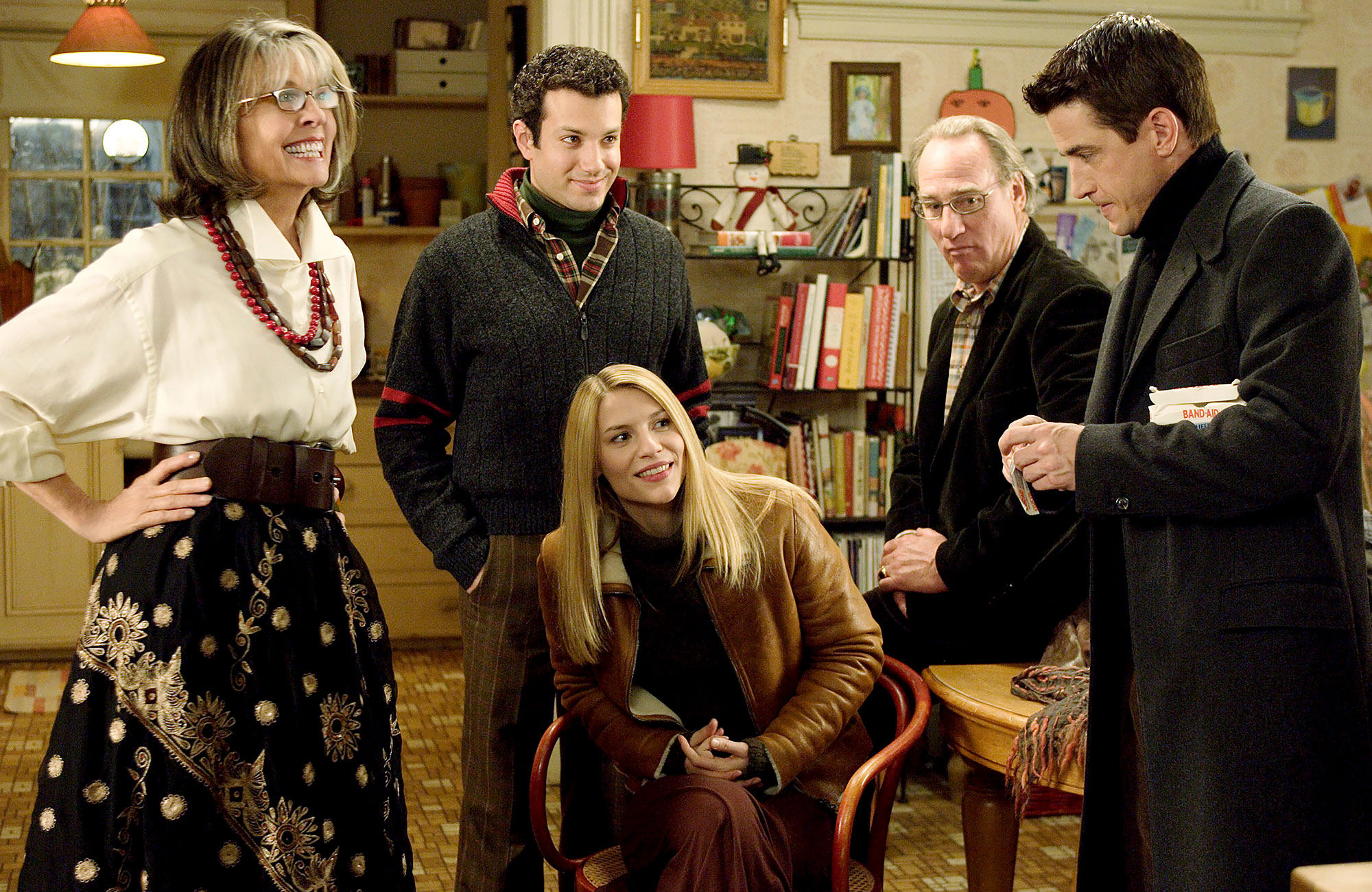 “We definitely had rehearsals, which is kind of unusual in this day and age. And then we worked together on — some of us would go to sign language training together. Craig T., I remember doing it with those guys,” Wilson noted. (Giordano played his deaf brother onscreen.) “We did wind up spending more time together and had a couple of nice dinners. It’s very helpful. Because Diane — we were all kind of admired her. And in my mind, here’s Sarah Jessica and she’s sort of this icon of fashion and humor from Sex and the City and then here’s the original icon of fashion and humor — Diane. … And then Rachel McAdams was great. … I just remember those being kind of exciting where you’re going to dinner alone meeting all these people. Some of them that you know and most of them you don’t so you are a little bit uncomfortable walking in. And then I just remember the idea of leaving and saying like, ‘These people are great! I can’t wait to work with them.’”

Mulroney felt the same way about the ensemble — and Wilson. “We had such an amazing time. I will indeed always love him as a brother,” the Hanna actor told Us last month. “I haven’t seen him in too long … and boy, I’d love to work with him again. That’d be such a thrill. What a great actor and a great friend.”

Both actors had no idea that The Family Stone would still resonate with audiences today. “I did not see that coming. I knew we were making a brilliant film. Tom Bezucha wrote, directed, designed and just handcrafted this whole film. He’s just a brilliant director. So I knew we were in great hands and the cast is incredible,” Mulroney told Us. “In several films, there’s just no way to even think forward to the future, how it would remain mature over time. So the few that I’ve been in that have that long life, it’s so satisfying. It’s incredible because that movie really is like a gift that keeps on giving every year and it brings so much joy and so much heart to people’s lives. It’s incredible. I knew we’d have it in that initial launch, but I never saw that it would remain. Whole families value that movie together. And to be part of something that, that has that kind of a human connection is remarkable. It doesn’t always happen.” 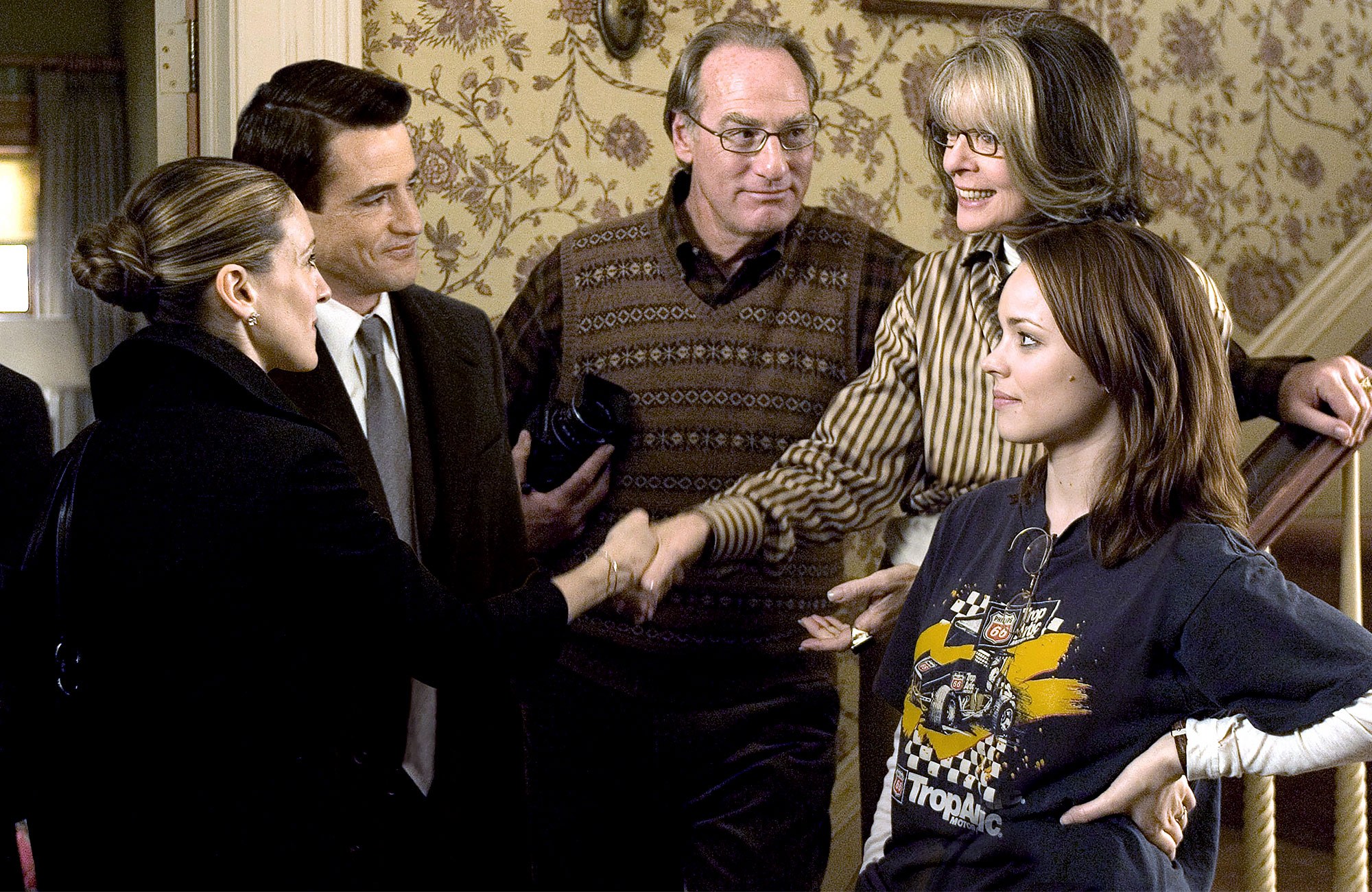 Wilson too “can’t believe” that it’s become a Christmas staple. “I consider that such hallowed ground, the holiday movies,” he said. “I did watch that during the pandemic. It was on one night and I watched it in its entirety and I can see why families might kind of get a kick out of watching this all together just because it has so many different, likable characters. Even though it is a a family that does have some turmoil in it and some heartbreak. I’m really happy about how well that’s done. … Diane, of course, she was kind of our leader on the movie. She would never say that but everyone was so admiring of her.”

Unlike Wilson, “it’s been a while” since Dermot last saw the movie. But that will soon change. “Even as we’re talking, I decided I’m going to watch it this season,” he told Us. “For sure!”

Like most families, the Stones embraced their holidays traditions — with the family coming home to celebrate, baking their annual dishes and decorating the tree together. Off screen, Wilson and his actor brother Owen Wilson used to play football, something he hopes to do once more.

“We used to have this great Christmas Day football game called the Snow Bowl, which was kind of iconic with our family and friends where everybody knew Christmas Day we had a football game. So people would have their Christmas mornings and then come to our house and have a big family football game where everybody would be involved. The smaller kids and some of the girls would go into the house and then it would come down to some of the teenage boys and the dads would get a little more rough and tense but still fun,” the Stargirl actor told Us. “But that was our greatest tradition. That’s kind of a bummer of getting older. It kind of faded away with everyone getting older and moving away, but that was kind of our best tradition. But hopefully with Owen and Andrew [Wilson] and their kids we can get it up and running again.”