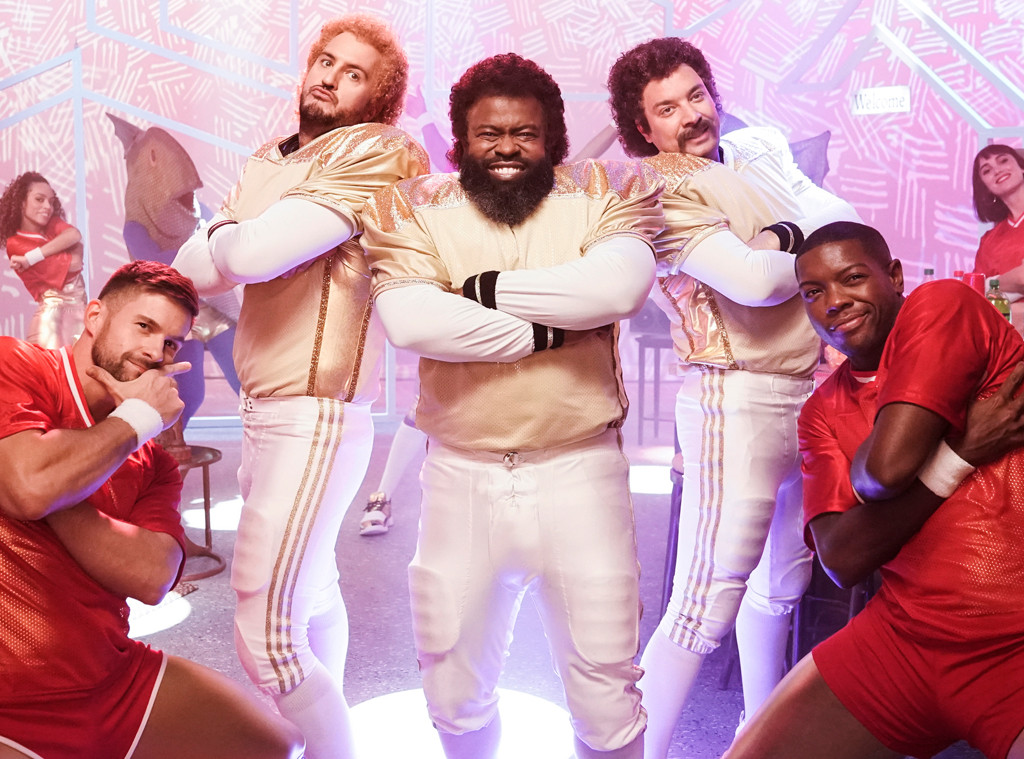 Luke Bryanknows how to throw a good party.

The video started out with a group of people lamenting over the boring watch party their friend was hosting, and then in came Bryan and Trotter decked out in gold sparkling football uniforms and curly wigs.

As their rap started off, “We are the football party patrol / Getting your party out of control! / So when you need snacks for the big game / Call the party patrol, we’ll save the day!”

The stars then started listing off the sports party must-haves. “Got the wings marinating in the fridge,” Bryan rapped, which Trotter followed up with, “With the sauce so hot it’ll burn your lips!” Other mandatory snacks were seven-layer dip and all kinds of cheese puffs. And don’t forget to wear your favorite player’s jersey, of course!

Despite all of Bryan and Trotter’s sage party advice, Fallon strolled in with an…unexpected dish.

Sporting the same glittering outfit and wig, the host rapped, “And I brought fifteen pounds of cod / I caught it in the sea with my fishing rod! / Cod is the perfect football snack / Loaded with omega-3s, that’s the ‘good fat.'”

As the “Country Girl” singer responded with his next verse, “Cool, but what about the chips and guac? / All I wanna do is eat that guac / I wish I could get paid in guac / Avocado, jalapeño’s how I like to rock.”

Next up was Trotter’s verse. “Then bop a jalapeño popper,” he quipped. “Queso so hot it’s a popper shocker / Can’t get enough of these football snacks.” And then, the two stars said in unison, “But it stinks like fish and that’s kinda wack!”

As it turns out, Fallon had heated up his hefty plate of fish in the microwave. “That’s on account of the cod I brought,” the Saturday Night Live alum said excitedly. “I put it the microwave to make it hot / The bad smell’s from the fishy steam / Crammed with phosphorus and protein!” Delicious. 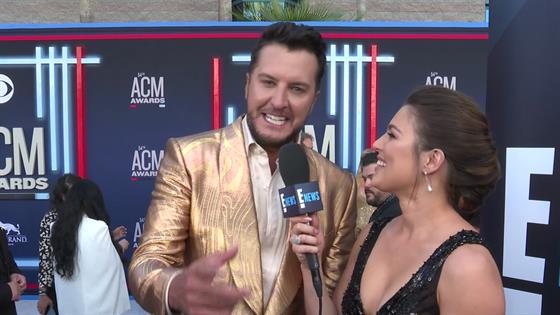 Now, put on your helmet and watch the rest of the hilarious video to see how Bryan and Trotter really felt about Fallon’s fishy football snack.

(E! and NBC are both part of NBCUniversal.)

E! News returns weekday mornings at the beginning of 2020!