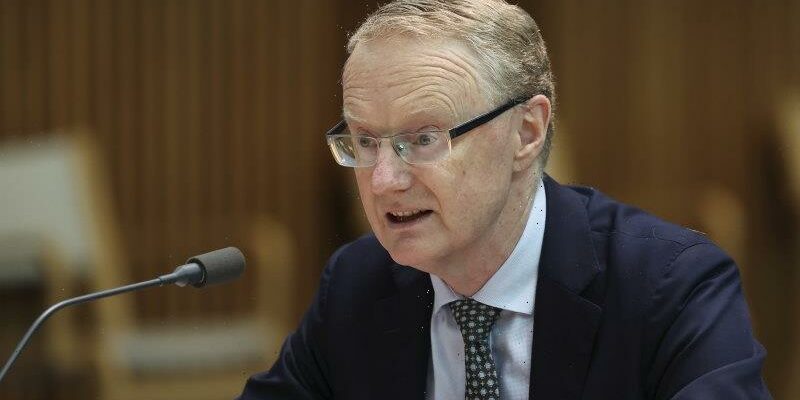 The cash rate was 0.1 per cent, Russia was a fortnight away from declaring a “special military operation” in Ukraine, Josh Frydenberg was preparing a pre-election budget that would forecast a $78 billion deficit, while Queen Elizabeth II had just celebrated her Platinum Jubilee. 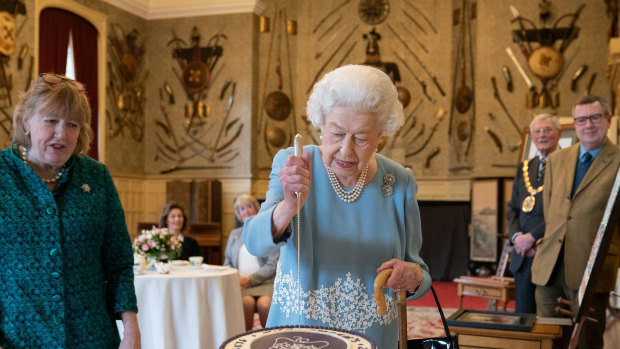 The Queen cuts a cake to celebrate the start of her Platinum Jubilee on February 5. The Reserve Bank at that time believed inflation was yet to get out of control.Credit:Getty Images

On Friday, Lowe goes back before the committee to face what is shaping as one of the toughest tests of his term heading the RBA.

In his February testimony, Lowe said it was “too early” to declare inflation was sustainably within the bank’s 2 to 3 per cent target range. It’s now at 6.1 per cent and forecast to approach 8 per cent by year’s end.

The bank board was “prepared to be patient” on any interest rate rise. The notion that rates could stay at 0.1 per cent until 2024 was still the bank’s official position.

And while some central banks overseas were starting to lift interest rates, the RBA would not be spooked into action.

“I recognise that there is a risk to waiting and there is also a risk to moving too early,” he declared.

Five interest rates rises later, with inflation at its highest level since the early 1990s and millions of mortgagors shelling out hundreds of dollars extra a month to stay in their homes, the situation confronting Lowe and the RBA is far different.

The governor and his executive will face a string of questions from the new House committee, ranging from how the bank so badly misread the strength of inflation to why it believed interest rates could stay unchanged until 2024.

That’s the past. There are even bigger questions for the bank to come as it tries to find the point where interest rates curb inflation without driving people out of work or forcing consumers to dramatically reduce their living standards.

Thursday’s job figures highlight the problems the bank faces, trying to decipher that signal from all the noise.

Outwardly, the jobless rate went up for the first time since October. But it’s still at a 48-year low of 3.5 per cent. The participation rate in August also climbed, suggesting more people wanting to work – but they couldn’t find a suitable job.

Total employment increased. So did the number of people out of work.

There were almost 59,000 full-time jobs created in August, taking the total so far this year to 332,000. But of those jobs in August, NSW accounted for 73,900. Victoria, the nation’s second-largest economy, recorded its second consecutive monthly fall in full-time employment.

Fifteen per cent of people worked fewer than usual hours in August, an unusually high proportion. More than 6 per cent were affected by sickness, confirming COVID-19 and the flu are still affecting the jobs market.

Then there’s the jobs survey itself.

Every month, about a 12th of the 50,000 people surveyed are replaced. The group that fell out of the August report had an unemployment rate of 2.9 per cent while the group coming in had a jobless rate of 4.2 per cent.

Which begs the question: Which group is more representative of the jobs market? 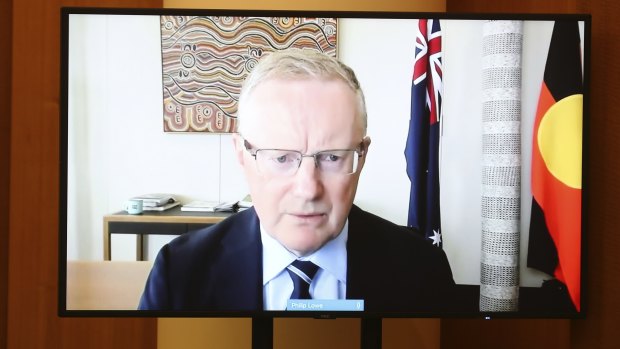 RBA governor Philip Lowe addresses the House economics committee in February. At the time, he believed inflation was not out of control.Credit:Alex Ellinghausen

The jobs figures capture the state of the employment market in early August. At that point, the RBA had increased interest rates at its May, June and July meetings.

Interest rate changes take between six and 18 months to fully work their way through the economy. That cumulative 1.25 percentage point increase in rates had barely started to affect the jobs market.

Since then, the RBA has added a full percentage point to the cash rate, with more likely to come.

The global economy is going through one of its most treacherous periods. Central banks are having to deal with an outbreak of inflation that most have not endured in more than three decades.

The RBA is also being openly challenged over its performance, by business owners and people with super-sized home loans. It’s also dealing with a long-overdue review of its operations.

Lowe only last week told his critics to look at the state of the job market as proof of the RBA’s success. But if the job market is turning, and the RBA is increasing interest rates, that success could prove fleeting.