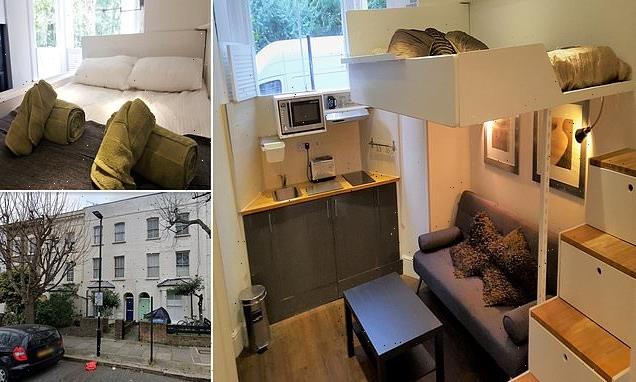 Not for a heavy sleeper! Tiny studio flat with bed suspended over the sofa goes on the market for £1,300 a month

A studio flat with a bizarre bed layout featuring a suspended bed over the sofa is on the market for £1,300 a month.

The pokey London pad has a modern but small kitchen which boasts a microwave, fridge freezer and a tiny hob, but no oven.

Potential habitants will be able to relax and watch telly in the small lounge area underneath the king-sized bed.

Despite its size, the Finsbury Park flat had a tiled bathroom with a shower, bath, toilet, and sink. 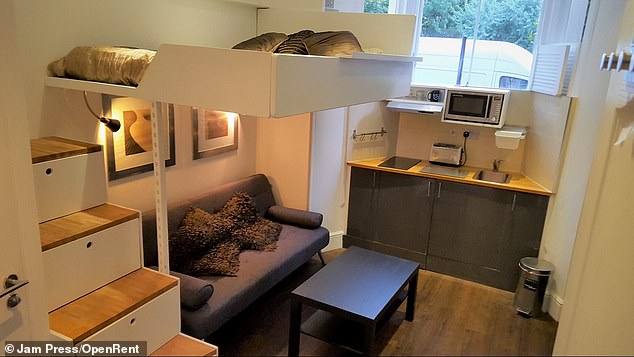 A London studio flat has a bed suspended over the sofa, which is accessed via block steps which have boxes in them to increase storage 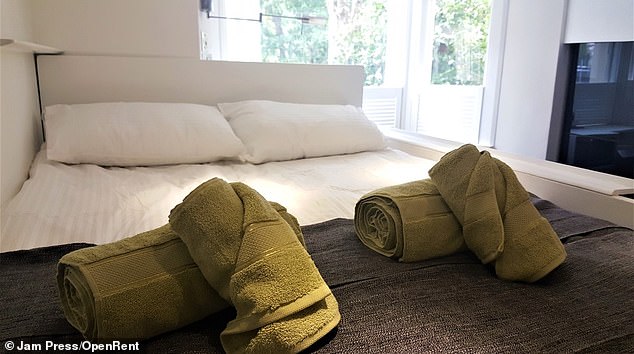 Despite the odd design of the Finsbury Park property, the bed is still king-sized 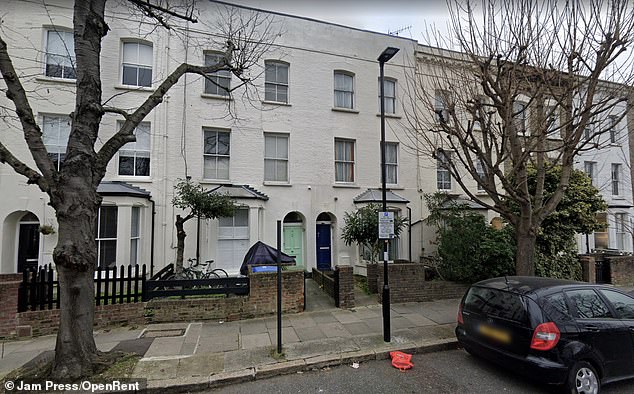 The studio flat in north London is on the market for £1,300 a month

As well as being furnished, with cutlery, pots, bowls, plates, and glasses chucked in, there is also free Wi-Fi. But the sleeping arrangements look quite peculiar.

The king-sized bed is accessed via block steps which have boxes in them to increase storage. But despite being attached to the wall, there is only one pole supporting it.

The bedsit is in Finsbury Park, North London, and it has been advertised on OpenRent.

There is no parking or garden and only one tenant is allowed.

The listing reads: ‘This is a perfect self-contained studio flat available for anyone who is looking for a clean, modern and well-located space.

‘If you are already in London and need a space for a short period of time or if you are coming to spend your holidays this is the space for you.

‘WIFI is free and available since your first day of stay.’ 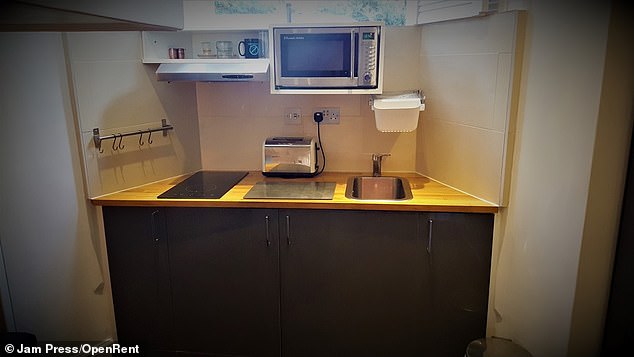 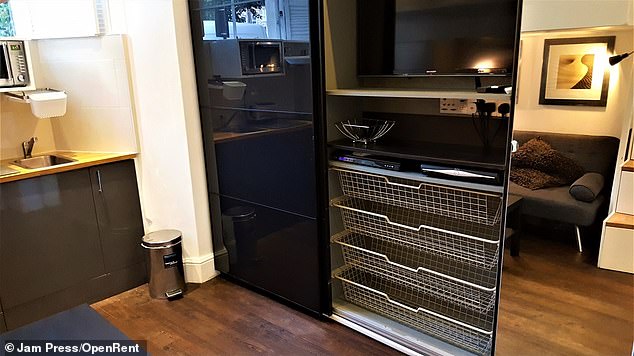 The flat is designed to utilise what little space it has, with several hidden draws 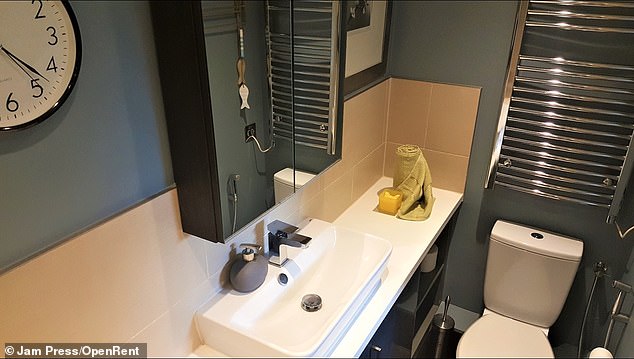 But it adds: ‘The studio has a comfortable suspended king bed, you get to the bed through a built-in wooden staircase.

‘Underneath the bed, there is a double sofa bed.

‘There is a good size closet, a coffee table, hidden drawers on the staircase to get to the main bed and several storages to keep everything you need.

‘There is a flat TV with Freeview.

‘The studio has wooden floors, and it has a fully equipped modern Kitchenette with different cabinets.

‘It is quite bright as it has a big window by the kitchenette. There is a fully tiled bathroom with a bath and a cabinet to keep your personal belongings.’

The flat is not the first property to feature a suspended bed that makes the most of a small floorspace. 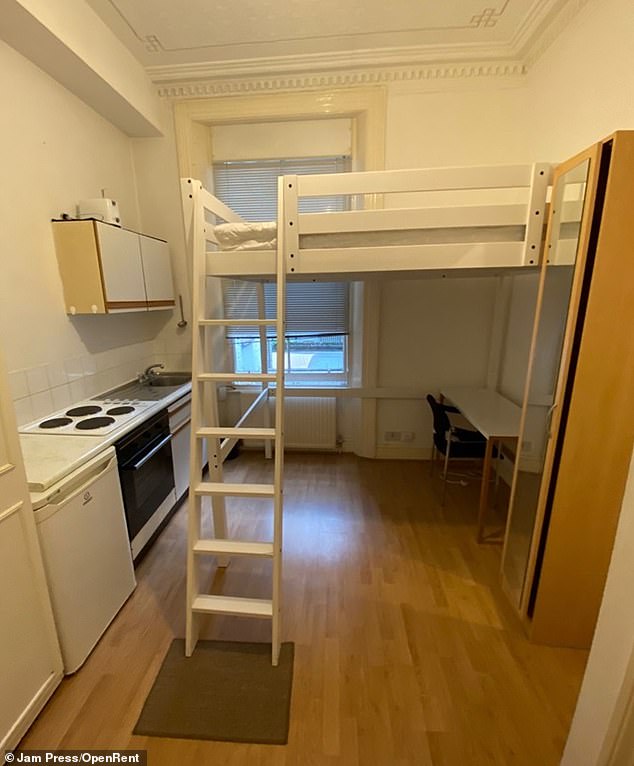 A tiny studio flat in Kensington, West London has gone on the rental market for £1,250 a month. The home described as a ‘single self contained studio’ has a bed that hangs over the kitchen – only accessible by ladder

At the start of January, a tiny studio flat with a raised bed that can be accessed only by a ladder went on the rental market for £1,250 a month.

The pokey home, in Kensington, west London, has no room for a living area, sofa or even a television, and is kitted out with a tiny table with one chair underneath the sleeping area.

The room does have a kitchen – but is so close to the bed frame that the cooker appears hard to access.

The ladder up to the bed only leaves just enough space for the fridge door to be opened. 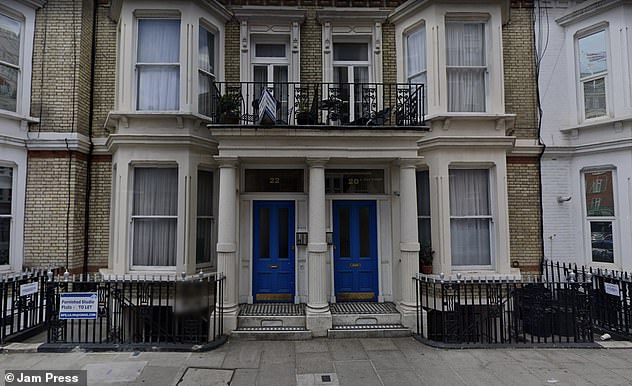 The ‘newly refurbished’ pokey studio is located on Wrights Lane, London W8 area, with the chosen tenant expected to pay a deposit of £1,442.30

The property, that would requires a £1,442.30 deposit, is only suitable for one person to live in.

It is described for prospective tenants as a ‘double high sleeper bed’, with half of the floor space located under the raised bed, with a little head space available.

The small studio in the upmarket part of the capital does, however, boast of a separate shower and toilet.

It does come ‘furnished’ according to OpenRent who is putting up the property for lease. 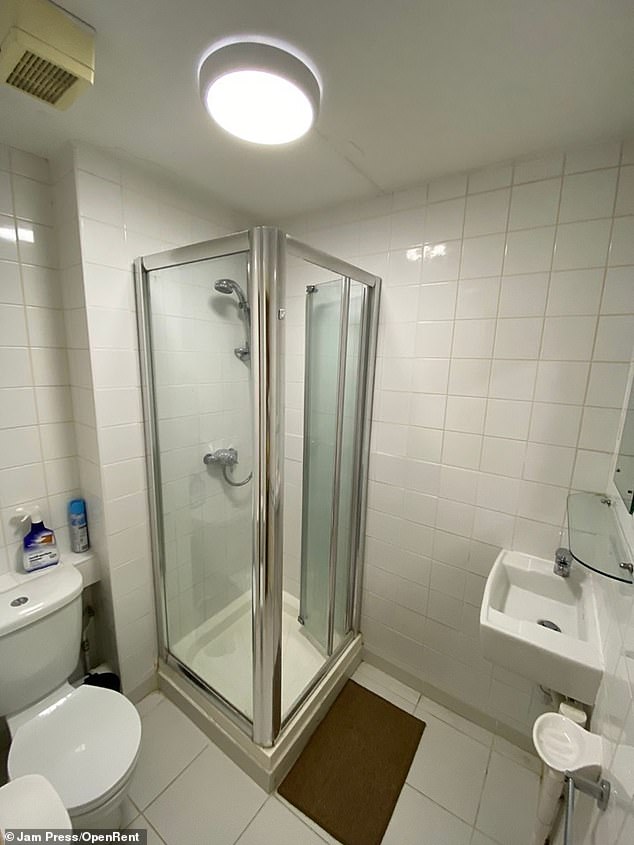 The small studio in the upmarket part of the capital does, however, boast of a separate shower and toilet 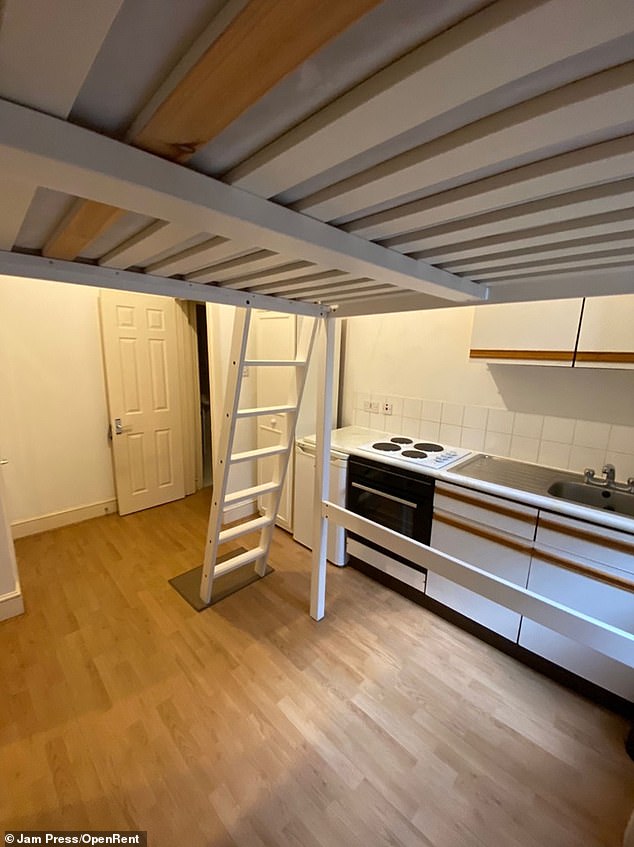 From the ‘living space’ located under the bed the tenant is able to reach to their kitchen cupboards and sink. It is not big enough for a television or sofa

‘Rent is only inclusive of central heating and hot water.’