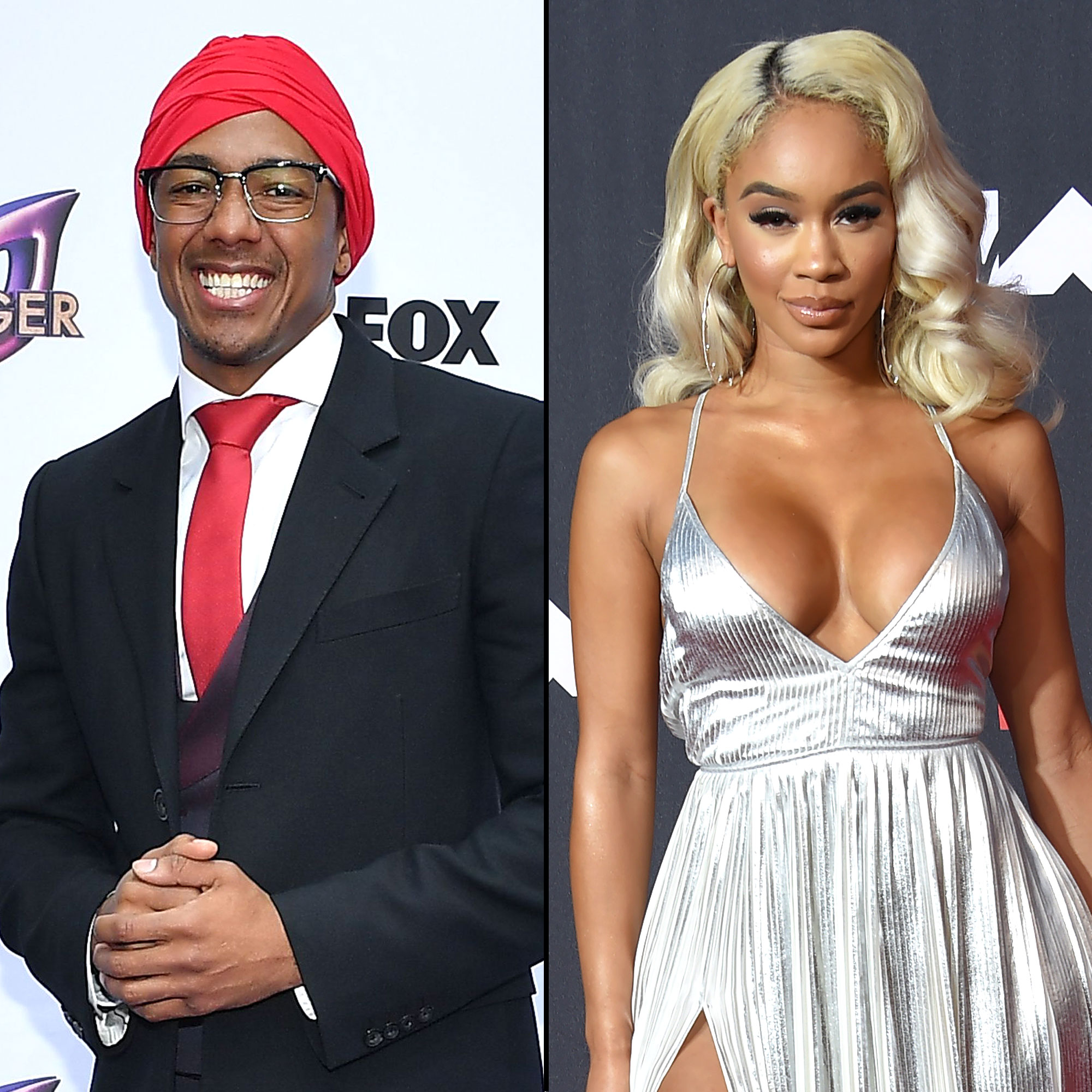 He volunteers as tribute! Nick Cannon responded to Saweetie’s Saturday, November 6, tweet about wanting children with some telling emojis.

When the “Icy Grl” rapper, 28, wrote, “I want some babies,” the Masked Singer host, 41, replied with four emojis, including a thinking face, a ninja, a laughing-crying face and a man raising his hand.

The California native’s fans subsequently trolled the father of seven. “We have this conversation every month. Please give it a rest,” one wrote, while another added, “Boy you got too many already.”

The Wild ‘N Out host shares twins Moroccan and Monroe, 10, with his ex-wife, Mariah Carey, as well as son Golden, 4, and daughter Powerful, 11 months, with Brittany Bell. In June, the actor welcomed twins Zion and Zillion, 4 months, with Abby De La Rosa and son Zen, also 4 months, with Alyssa Scott.

In August 2021, the former Nickelodeon star joked to Kevin Hart that he doesn’t know how many kids he has, saying, “I’m a dad to a whole bunch of motherf–kers. I don’t know that [number]. You’re gonna put me on the spot? It’s like Spades, I got eight and a possible nine. I like children, damn it!”

That same month, Cannon told Charlamagne Tha God that it wasn’t his “decision” to have such a big family. “Those women, all women, are the ones that open themselves up and say ‘I would like to allow this man in my world. And I will birth this child,’” the All That alum explained at the time. “I’m following suit.”

As for having more kids, Cannon later told TMZ that he wants to expand, “God willing.” Cannon added, “If God sees it that way, then that’s what I’m gonna keep doing.”

The comedian’s conversation with Saweetie comes two months after he told Entertainment Tonight that his therapist wanted him to be celibate. “I’m [gonna] take a break from having kids,” he explained in September.

In October, Cannon revealed during a “Drinks Champs” episode that he was officially celibate. “I’m going to see if I could make it to 2022,” he said, later adding on his own show that his “celibacy clock is ticking.​”

Abstaining from sex has allowed the Drumline star to be “a father first and foremost,” he told Dr. Laura Berman during the Nick Cannon Show episode. “I’m there, and I’m focused.”