TV presenter Lisa Wilkinson will leave Network 10’s current affairs program The Project effective immediately, telling viewers the targeted “toxicity” by parts of the media had taken its toll on her and her family.

Wilkinson, who joined the program after 15 years on Nine’s flagship breakfast program The Today Show, said it was time for a change but assured she would remain with Network 10 in another capacity. At the end of The Sunday Project, Wilkinson thanked her team and news boss, Peter Meakin, for their support. 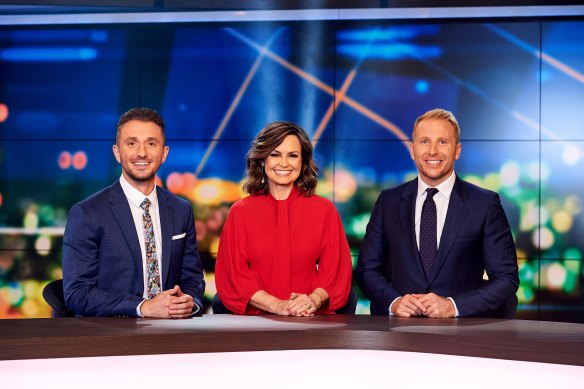 Lisa Wilkinson will remain with Network 10 but said the last six months had taken a toll.Credit:Ten

“Sitting at this desk and working with this incredible team – both in front of and behind the camera – has been an absolute privilege,” she said.

“To be clear, I’m not leaving Ten, and we’re looking at some exciting work ideas ahead, but I have to be honest with you … the last six months have not been easy… and the relentless targeted toxicity by some sections of the media has taken a toll. Not just on me, but on people I love.”

“Don’t get me wrong, I’m not above criticism, far from it. I’m human, and I don’t always get it right, none of us do, but by God I’ve tried.”

Wilkinson became the subject of intense scrutiny after winning a Logie Award for an interview with former Liberal staffer Brittany Higgins, who has alleged she was raped by former political staffer Bruce Lehrmann in Parliament House in 2019.

Lehrmann’s trial was going to start on June 27 but was delayed after the judge said the risk it would be unfair was too high amid public commentary around a speech given by Wilkinson after winning the award. Network 10 then hit out at “inaccurate and unfair” reporting on Wilkinson’s role in the trial.

Beverley McGarvey, executive vice president and chief content office of Paramount Australia and New Zealand thanked Wilkinson for her contribution to the show.

“For five years now Lisa has brought experience and professionalism, as well as her signature warmth, compassion and integrity to both shows,” she said.

“I know she will be sorely missed both by our audience, and the entire Project team, and whilst we are saddened that Lisa will no longer be on The Project, we look forward to continuing our strong relationship with Lisa into 2023 and beyond.”

Wilkinson is the fourth high-profile female media presenter to step down from their position this year. In June, one of ABC’s most prolific presenters, Leigh Sales, ended her 12-year tenure as host of 7:30.

Months later, Nine’s A Current Affair host Tracey Grimshaw announced her shock exit from the show, which she has led for 17 years. In October , Ten’s current affairs show The Project revealed its founding co-host, Carrie Bickmore, would leave the program after 13 years.

“To Leigh Sales, Tracy Grimshaw, and Carrie Bickmore … if you guys are for up for a drink, I’ll see you at the bar,” Wilkinson said. “The margaritas are on me.”

The Business Briefing newsletter delivers major stories, exclusive coverage and expert opinion. Sign up to get it every weekday morning.