It may seem as though the traditional red carpet is on its last breath, but “Hamilton” star Leslie Odom Jr. is bringing it back to life.

A double nominee at the 2021 Oscars for “One Night in Miami,” the 39-year-old actor/singer has embraced vibrantly colorful suits and stylish accessories on this year’s virtual red carpets, often donning fresh-off-the-runway designer looks before anyone else.

Odom kicked off awards season at the Golden Globes in a dusty rose blazer, white button-up shirt and chocolate-colored trousers from Valentino’s first men’s haute couture collection, adding a pop of bold color by making a neon green turtleneck his base layer.

Then, at the Critics’ Choice Awards, Odom kept the turtleneck theme going with a ruffled Celine top under a black sweater and layered chain necklaces.

“We wanted to make a statement with each look,” the star’s stylist, Avo Yermagyan, told Vogue. “To show that this is just the beginning for him, and give the world a taste of the multifaceted artist that he is.” 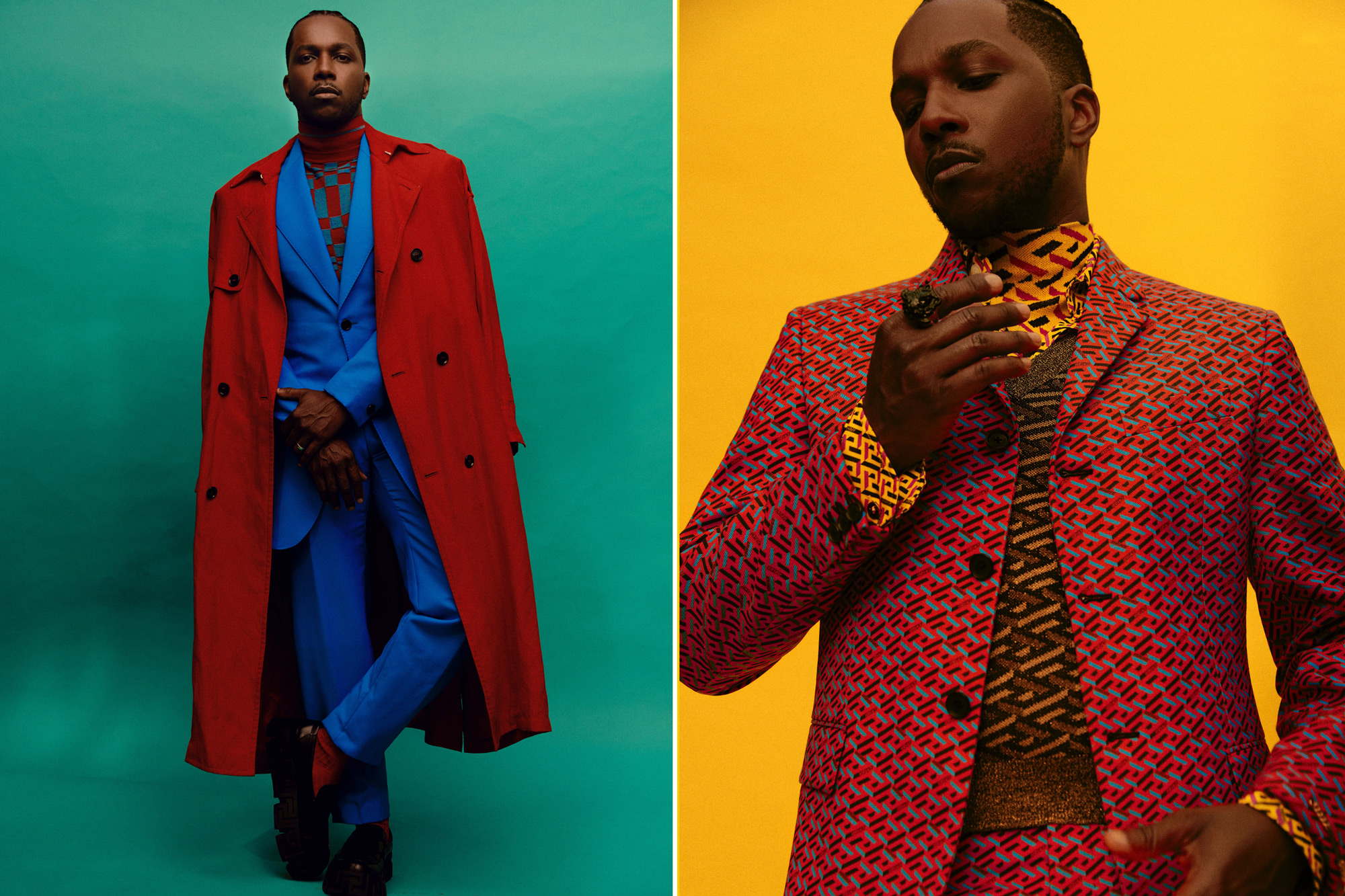 Indeed, the stunning looks didn’t stop; Yermagyan revealed that he chose the rainbow ombré Berluti suit Odom wore at the SAG Awards days before it came down the brand’s virtual catwalk.

And at the BAFTAs, Odom wore not one, but two vibrant patterned Versace suits that were ripped from the runway.

Yermagyan told Vogue that this red carpet risk-taking not only celebrated Odom’s fearless nature and creative side, but also paid tribute to the characters he’s played on-screen.

“The men he has portrayed have an irreverence to them and buck the system,” the stylist said. “The men in the film ‘One Night in Miami’ were change-makers in their time, so taking a cue from them, I didn’t want to play it safe with the looks. Our only rule was to break away from convention.”

With Sunday’s Oscars red carpet set to happen IRL instead of via Zoom, Odom — who’s up for both Best Supporting Actor and Best Original Song — is sure to be one to watch.