Greens senator Lidia Thorpe’s former chief-of-staff says he was scared and appalled by her outburst in a meeting with two Indigenous community leaders at Parliament House last year, calling her behaviour among the most unprofessional conduct he has ever witnessed.

The claims by Thorpe’s ex-top adviser reinforce the account of the meeting by Aboriginal elder Aunty Geraldine Atkinson, aged in her 70s, who has previously alleged the tirade of abuse levelled at her by the senator distressed her so much she sought medical attention from the parliamentary nurse. 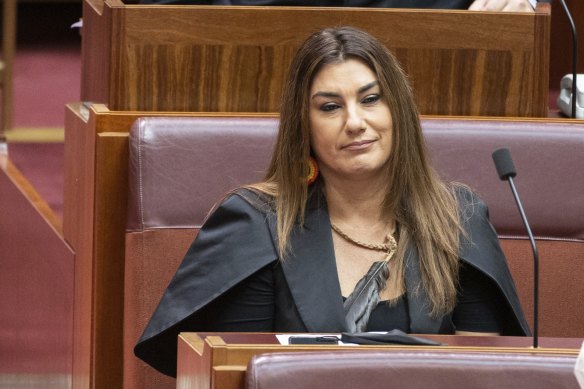 Lidia Thorpe has always defended her meeting with the Victorian elders as a “robust” discussion.Credit:Alex Ellinghausen

David Mejia-Canales, who resigned from Thorpe’s office in June, accompanied the senator to the meeting with Atkinson and Marcus Stewart, the co-chairs of the First Peoples’ Assembly of Victoria, and their policy adviser Nicole Schlesinger, to discuss the state’s treaty process in a committee room in Parliament House, Canberra on June 22, 2021.

His account of what happened, and his efforts to inform the Greens’ leadership of Thorpe’s “appalling conduct”, are detailed in an apology emailed from his Parliament House address to Atkinson and Stewart in June, one year after the meeting, as one of his final acts before leaving the senator’s office.

In the email, a copy of which has been obtained by The Sydney Morning Herald and The Age, Mejia-Canales said he still did not know why Thorpe had agreed to the meeting only to proceed “to behave so badly”.

“Since that meeting, I have wanted to reach out to you to apologise because the conduct that I witnessed at that meeting was by far one of the most unprofessional displays I have ever seen, not just during the length of my career, but in my life,” the email, sent to Atkinson and Marcus Stewart on June 21, 2022, stated.

He described his shock at how the meeting “went so wrong and so quickly”, and said his “biggest regret” was not ending the meeting sooner. He said he ended the meeting by getting a colleague to call the room’s phone.

“I hope that you can understand that I was scared and in shock because I have never, ever been in that situation at work,” he wrote.

“Eventually, I did discreetly text my colleagues to ask one of them to ring the committee room we were in, I then pretended that it was an urgent phone call and we needed to leave therefore cutting the meeting short.”

The claims by Mejia-Canales about Thorpe’s behaviour follow a period of scrutiny on Parliament House’s workplace culture, including the damning 2021 Jenkins report which examined bullying and sexual harassment within the building and recommended a new code of conduct for federal MPs and their staff be implemented. A special joint select committee will hold public hearings this week on a code of conduct for federal MPs and staffers. 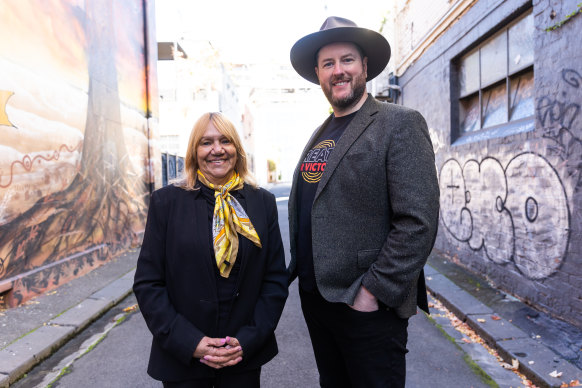 The First Peoples’ Assembly of Victoria co-chairs, Geraldine Atkinson and Marcus Stewart, were both at the meeting with Senator Lidia Thorpe in June 2021. They have declined to comment. Credit:Jason South

Mejia-Canales described how he “wanted the earth to swallow me whole” as he and Thorpe exited the meeting room into a public part of Parliament House where a class “of excited school children” were waiting. He said they gave an impromptu speech welcoming the children to the building and “had to pretend as if everything was fine and normal”.

“I had just witnessed the most unprofessional conduct, and now I was staring at about 30 children who wanted to know what it’s like to work at Parliament House. It was truly awful,” he said.

Mejia-Canales does not go into detail in the email about the exact nature of Thorpe’s conduct. He declined to comment when approached by this masthead. Atkinson and Stewart, who is the partner of Jana Stewart who became a Labor senator in April this year, also declined to comment.

However, in a written complaint sent to Greens leader Adam Bandt following the meeting, Atkinson described Thorpe’s conduct as “vicious and personal” and “abusive”, and requested he take steps to ensure her complaint did not provoke further retaliation.

In a separate letter sent to then-Senate president Scott Ryan and revealed by The Age last year, Atkinson said Thorpe criticised the prominent Bamblett family, of which Atkinson is a member, saying they had “always tried to undermine her and bring her down”, and suggested Atkinson was involved in corrupt Aboriginal organisations.

“When I tried to intervene to respond, Senator Thorpe spoke over the top of me in a highly aggressive tone, repeatedly stating, ‘I am an Australian senator. You are in my meeting.’ I interpreted this as her using her position to try to intimidate me,” Atkinson said in the letter.

At the time, Thorpe described the meeting as a “robust discussion” about Victoria’s treaty program in which she raised concerns about the exclusion of some of the state’s 38 clans from the process. As recently as April this year, Thorpe described the exchange as “just a normal conversation I have in parliament every day”, saying “I did nothing wrong, so there’s no apology”.

Mejia-Canales raised the incident with Bandt’s chief-of-staff Damien Lawson, saying in the email he gave “a frank and true disclosure of what I witnessed”, but added he did not know if any action was taken.

Thorpe declined to respond directly to a series of questions from this masthead about Mejia-Canales’ account of the meeting and his characterisation of her behaviour, including whether she intended to apologise. Instead, a spokesperson for the senator repeated her view that the meeting involved a “robust discussion” about the treaty process.

“The Greens continue to work constructively with the First Peoples Assembly, particularly in the Victorian parliament as that is the jurisdiction of their work,” the spokesperson said.

“It would be inappropriate to discuss staffing matters publicly. The Greens have a strong complaints handling process, and when issues are raised, they are addressed.”

In response to written questions, Bandt declined to say why he had not contacted Atkinson directly to acknowledge her written complaints or offer an apology. Through a spokesperson, he said he discussed the matter with Thorpe but did not elaborate.

“While we can’t comment on any individual staff complaints, we are confident that we have strong processes for addressing complaints that have been strengthened since the Jenkins Review.”

In the email, Mejia-Canales stressed that the apology was from him alone for not bringing an end to the meeting sooner, and not on behalf of Thorpe, and wished Atkinson and Stewart “nothing but my well wishes to you both”.

“This apology is from me and me alone both in my personal capacity but also as an employee, because no person should ever have to experience such appalling behaviour, let alone in their own workplace,” he said.