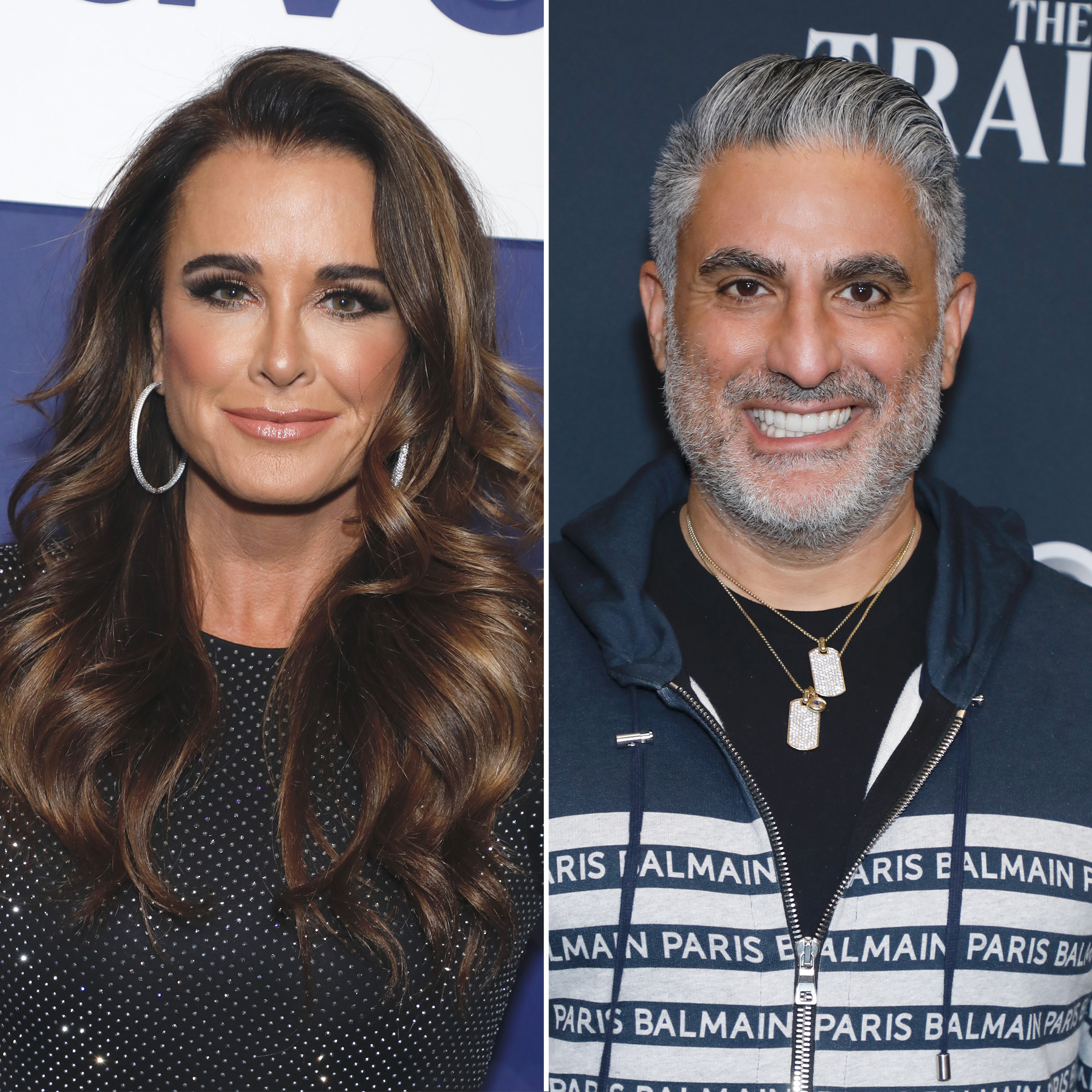 New Bravo feud alert! Kyle Richards is clapping back after Reza Farahan called her “overrated” during an appearance on Watch What Happens Live With Andy Cohen on Sunday, January 16.

“Nina L. wants to know who you think is the most overrated Housewife,” Andy Cohen said on Sunday, reading a fan question.

The Shahs of Sunset alum, 49, admitted that his answer was going to get him in “a lot of trouble,” which Cohen, 54, encouraged.

The Traitors star noted that his answer was partly because he wants Lisa Vanderpump — who left The Real Housewives of Beverly Hills during season 9 on bad terms with Richards, 54 — to return.

Biggest ‘Real Housewives’ Feuds Ever — And Where the Relationships Stand Today

“I want to know what’s going on in her life. You’ve got me addicted,” Farahan added.

While the host pointed out that he can see the British TV personality on Vanderpump Rules, which returns for season 10 in February, Farahan implied it wasn’t the same. “I want to see her kitchen,” he explained.

Richards, who is the last remaining OG on RHOBH, wasted no time reacting to the clip.

“Wasn’t his show cancelled?” she commented on fan account @CiCi.Loves.You’s post on Monday, January 16. “And wasn’t he the first one voted off the Traitors? I can’t even be offended.”

Richards’ costar Dorit Kemsley applauded her clapback in the comments second of a section post about the beef, writing, “👏🏼👏🏼👏🏼.”

Farahan appeared on all nine seasons of Shahs of Sunset before the show was canceled by Bravo in April 2022.

“I did not know how difficult it was going to be,” Farahan admitted on SiriusXM’s Reality Checked in July 2022 about the series not getting a 10th season. “I mean, I was a zombie for like three weeks. It was very hard.”

Farahan explained that he made “a flow chart of my ratings prepared to ask for a raise” before the news broke. “I was thinking we’d be having a ‘can we talk about my raise’ convo, and then it was like, ‘Oh, yeah, sorry,’” he said. “I had all my confessional looks lined up. So many of them.”

Richards, for her part, is gearing up for season 13 of RHOBH. News broke earlier this month that Lisa Rinna and Diana Jenkins would not be returning.