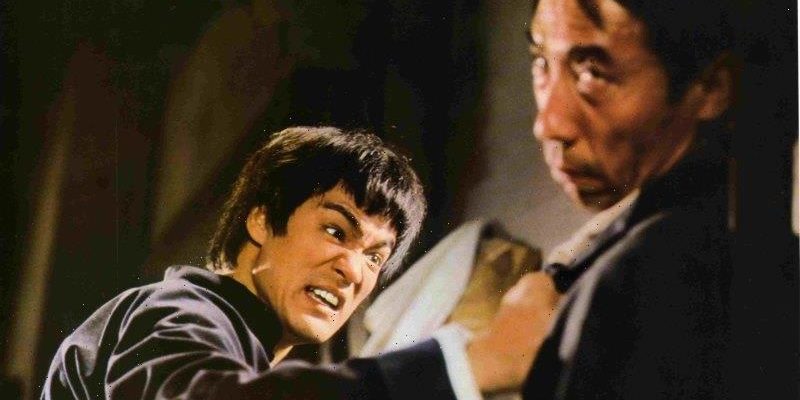 One of the most successful kung fu films ever made has now added another stripe to its belt: becoming the first ever movie to be dubbed into Noongar Daa, the Indigenous language of the peoples from the south-west corner of Western Australia.

The release of Fist Of Fury in 1972 launched the career of martial artist Bruce Lee internationally, seeing him become, almost overnight, the biggest non-Anglo star of the time. Set in 1930s Shanghai, the film deals with racial injustice, grief and revenge, with Lee’s character Chen Zhen delivering an almighty flying kick to the throat of colonialism.

Fist Of Fury quickly earned over 1000 times its budget with Lee becoming an icon for oppressed peoples around the globe. In Australia the film became hugely popular with Aboriginal people, who just five years earlier had been recognised as citizens in the Commonwealth constitution.

The Noongar Daa re-voiced version premiered under the stars and on Country in February, a collaboration between Indigenous production company Boomerang and Spear and the Perth Festival. Noongar dub director Kylie Bracknell said the audience received it enthusiastically.

“Blackfullas love Bruce Lee, but they also saw the act of standing up, the little guys standing up against the colony, standing for justice, for what’s right,” she said.

Just as important was to have the initial screenings outside and on Noongar Boodjar so that the Country could hear its language being spoken.

The idea for the project was inspired by a landmark 2013 re-voicing of Star Wars Episode IV into Native American, Navajo. That version was so well received it was added to Disney+ earlier this year. 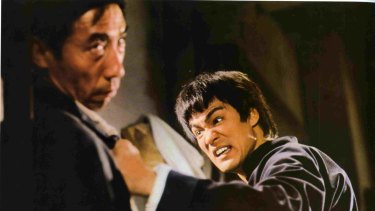 Bracknell says Fist Of Fury was the obvious choice after Perth Festival film programmer Tom Vincent suggested the idea, precisely because it addressed themes of colonial brutality and discrimination. It then travelled through Noongar Boodjar as part of NAIDOC Week. Bracknell says taking the film on the road was vital, with only about 2 per cent of Noongar people saying they speak the language at home.

“The importance of language resurgence today is trying to get people to understand the immediacy of saving our languages,” she said. “Languages are not lost per se, but they do go into a sleeping mode and that’s a scary place for them to be in because then they creep into the territory of just being another museum exhibit or article.”

Despite previously producing a Noongar translation of Shakespeare’s Macbeth for her theatre company Yirra Yaakin to perform in 2020, Bracknell says she is not yet fluent in Noongar Daa. 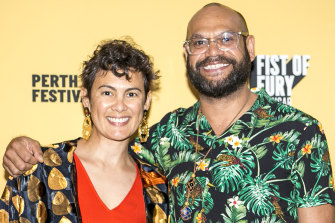 “I believe that in order to be a fluent speaker you need to have other speakers that you can be fluent with,” she said. “Language ultimately connects us to where we’ve come from – in ceremonial practices, in connection to cultural links, to land, sea, air – our place of belonging.

“Our ancestors for example: if you want to go to a burial site and talk to your ancestors, will they understand you if you’re not speaking their language?”

Fist Of Fury Noongar Daa is part of a recent upsurge in First Nations languages being used in commercial art. Wiradjuri writer Tara June Winch was awarded the Miles Franklin Award last year for her novel, The Yield, which deals with the issues of Aboriginal dispossession and the reclamation of identity through language.

In May, fellow Wiradjuri novelist Anita Heiss released her latest novel, Bila Yarrudhanggalangdhuray, the first commercial book in Australia to have a First Nations language title. Heiss, a professor of communications at the University of NSW, describes the acts of reclaiming, maintaining and speaking First Nations languages as an act of sovereignty.

“It is a reminder also to non-indigenous Australians that everywhere they walk in Australia there is a First Language and that language is not English. Reclaiming language and experiencing it in film and in our literature also demonstrates the complexity and diversity of our cultures,” she tells The Age. 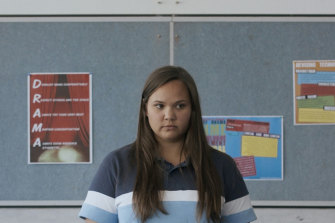 McGuire says the short was inspired by language activism, including Bracknell’s previous work, and from seeing some Noongar language programs already introduced in schools in WA.

“I think that including more Indigenous language studies in the education system will not only help keep the languages from being lost but also promote respect and understanding for the histories, cultures and people they speak for,” he says.