Kourtney Kardashian is settling into her latest role: “tour wife.”

The mother-of-three, 43, joined her new husband, Travis Barker, 46, on Machine Gun Kelly’s Mainstream Sellout Tour, and wasn’t shy about packing on the PDA.

The couple, who said their ‘I do’s in a lavish Italian ceremony in May, kissed in a series of pics Kourtney posted to Instagram on Friday.

“tour wife,” she captioned the photo set, which showed her holding her beau’s hand backstage.

She also shared a pic of the Blink-182 rocker putting his multitasking skills to the test, as she sat on his lap while he played the drums.

“time for drum practice,” she captioned the carousel post, in which she straddled him while rocking a pair of Givenchy jeans.

“Favorite time of the day 🖤,” Barker commented, before sharing a similar video to his feed. 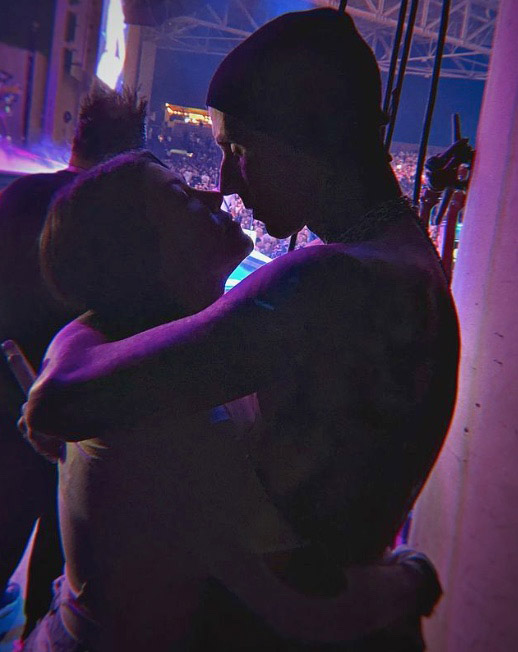 “Practice makes perfect 🥁,” he wrote, to which Kourtney responded, “When you can’t see and you’re still the most 🔥🔥🔥🔥🔥”

The Poosh founder also posted a clip of MGK embracing his old pal during one of his final tour stops. 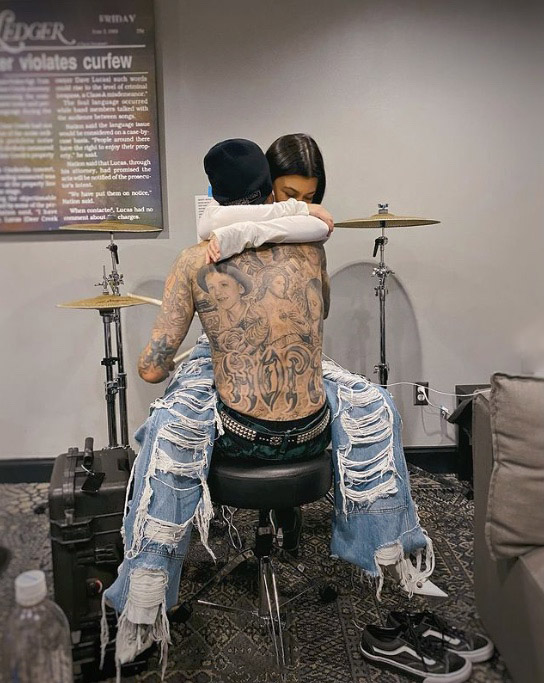 Barker came on board to play drums, despite more health woes following a “life-threatening” bout of pancreatitis in late June.

“Against his doctor’s orders AND with a broken thumb, I convinced @travisbarker to join us for the last couple days 🤘,” MGK, 32, wrote on Instagram. 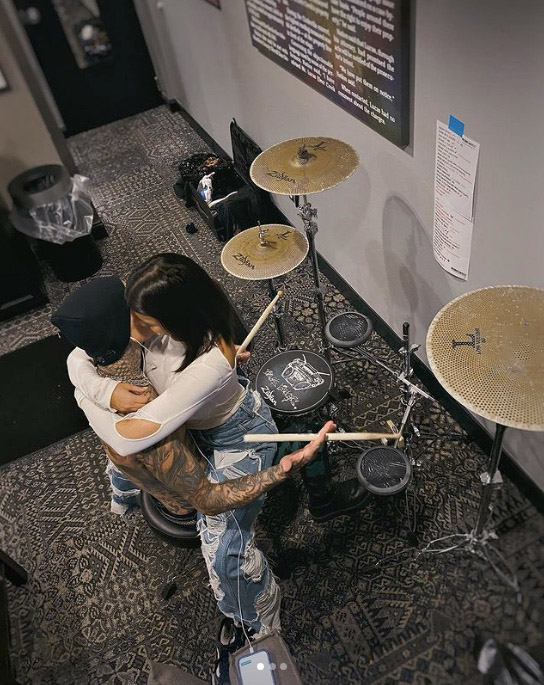 The “Bloody Valentine” rocker then offered fans a peek at the show’s setlist, posting another picture of his newly married friend.