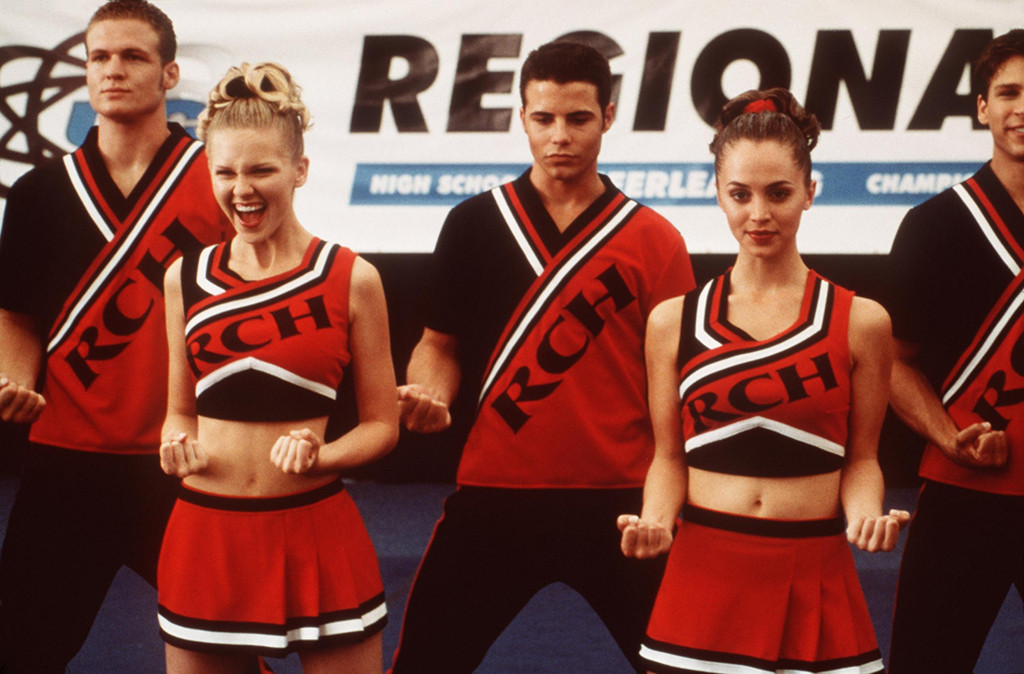 This idea is sexy, cute and popular to boot.

Yes, Kirsten Dunst is all in on making another Bring It On, she confessed during an appearance on The Kelly Clarkson Show. The plan popped into her head recently when she unknowingly starred in a campaign for Rodarte’s new collection with co-star Gabrielle Union. “I had no idea that Gabrielle was in it too and then it became, like, this whole Bring It On thing,” she explained to Kelly Clarkson. “I was like, listen, if they wanted to make another movie, I would make another movie. It would be so fun!

And pretty and cool and it would definitely dominate the, er, theater.

“We made that movie for no money, zero money,” Dunst said of the 2000 cheerleader flick, also starring Eliza Dushku. “It was a Universal movie but one of those where they’re just like, ‘Go do what you want.’…That’s always the best when you don’t expect anything and then became so huge.”

Indeed, following the flick’s undeniable success, a seemingly endless string of spin-offs followed. There’s Bring It On Again, Bring It On: All or Nothing, Bring It On: In It To Wing It, Bring It On: Fight to the Finish and so and so on. Needless to say, it’s been brought.

Way back when, while while promoting the cult classic, the superstar⁠—she recently nabbed a spot on the Hollywood Walk of Fame⁠—told E! News she was proud of just how well they crushed stereotypes.

“They definitely have cliches about them, about being ditzy and also always like, the blonde bubbly girl, which kind of drives me crazy,” the actress said. “But I was a cheerleader in eighth grade so I already knew a lot about the cheerleading experience. The important thing about this movie is that we broke all those and really showed how hard these girls work and what fine athletes they are.”

While we wait for Hollywood to take Dunst’s call, we’ll be over here getting our spirit fingers ready.