The Queen opens Welsh Parliament in 2021

King Charles III spoke with good Welsh pronunication as he addressed the Senedd last week – and his speech was more than a few seconds long. This is no surprise, though, as Charles has had plenty of practice: before becoming Prince of Wales in 1969, he lived in Aberystwyth for a few months and studied the Welsh language at the city’s university. The Queen, however, had no such education. But she did learn about Wales’ unique culture and history during her reign – leading her to say a few words in the language whenever she could.

During the late monarch’s most recent visit to Wales, Queen Elizabeth, like her son, addressed the Senedd briefly in Welsh.

Her Majesty was in Cardiff to officially open the sixth session of the Senedd on October 14, 2021. She was accompanied by Charles, then the Prince of Wales, and Camilla, then Duchess of Cornwall.

After making her speech in English, the Queen concluded with a line of Welsh: “Diolch o galon.”

This translates to “thank you from the bottom of my heart”. 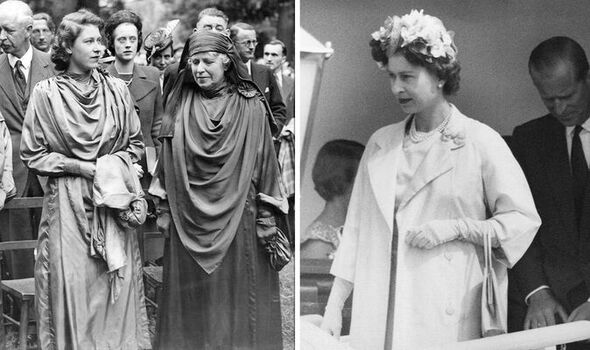 The Queen enjoyed a day of listening to a Welsh language choir and various harpists, but it wasn’t Her Majesty’s first time being involved in Welsh arts and culture.

When she was still Princess Elizabeth and only 20 years old, in 1946, the late monarch was invited to the Welsh National Eisteddfod, which was held that year in Mountain Ash. The Eisteddfod is one of the most – if not the most – important event in the Welsh calendar as it is when Welsh language music, art, literature, and dance is celebrated nationally, bringing people from all over Wales together for week-long festivities.

Poetry is highly respected and celebrated in Wales and, thus, so are Welsh poets and bards. Although not a bard or even a fluent Welsh speaker herself, the young Princess was invested as an honorary bard, which meant she had to wear a green robe and be welcomed by druids to the legendary Gorsedd y Beirdd, or the circle of bards. Her bardic name was Elizabeth o Windsor – Elizabeth from Windsor.

The occasion was memorable for many onlookers, such as Cardiff-born jorunalist Brian Hoey, who was helping to put the Eisteddfod tents up at the time. He was only 12.

Brian recalled: “My first impression of her was that she looked like a movie star. She was very, very beautiful, elegant.

“She was an absolute knock-out star.

“The other impression I had of her was the high-pitched voice. I’d never heard people speaking like that, in south Wales, you didn’t hear people speaking in that way at all. It was very sort of cut glass.”

The Queen remembered the special experience too – 50 years later, Brian met the monarch at a reception, where she asked him: “Have you come far?”

Brian told Her Majesty that he came from south Wales, to which she replied: “Oh, I have a lovely connection with south Wales. It goes back to my early days when I was 20 years old.” 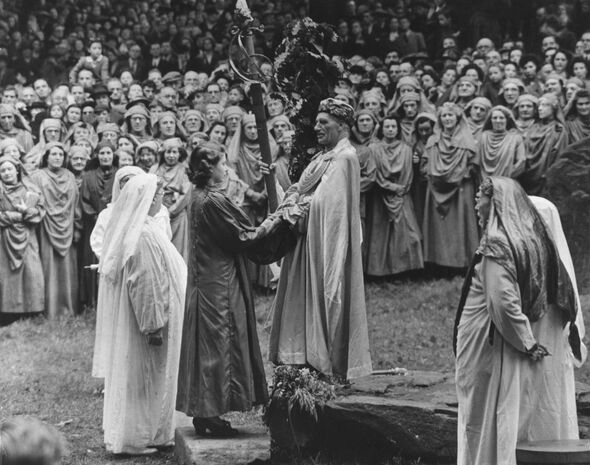 The journalist explained how the Queen “talked to me about the time she was inducted at the National Eisteddfod”.

He continued: “And she said ‘my bardic name is Elizabeth o Windsor’. It was still very much in her mind.

Elizabeth returned to the National Eisteddfod in 1960 – this time as Queen and with her two young children, Charles, who was 12, and Anne, who was 10. Her Majesrt was the first reigning monarch ever to attend the Welsh festival.

The family-of-three toured the Eisteddfod’s field and the Queen reportedly spoke a few words of Welsh. 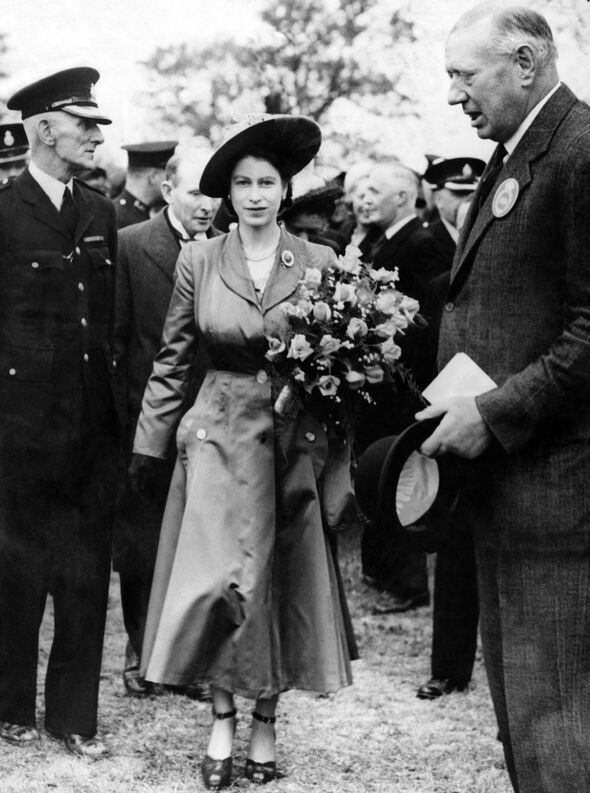 Brian, who was a BBC Wales reporter at the time, remembered hearing the monarch speaking the ancient language. “I suppose for the Queen it must have been rather difficult coming into what for her was a totally foreign environment,” he said.

“The whole of the National Eisteddfod is conducted in the Welsh language with which she had no knowledge whatsoever. She had been schooled to say a few words and she was quite valiant in doing this. I thought it was very, very brave [to speak in Welsh].

“There were a few criticisms about her pronunciation as there inevitably is with anybody who doesn’t speak a particular language in that way. But she was fascinated. She loved the ritual. I mean, we talk about the Coronation or the state opening of Parliament and she always loved that ritual.

The Queen lost her bardic title, however, in 2006 when a rule change meant only people who spoke Welsh could be a member of the Gorsedd y Beirdd.