Making things worse? King Charles III‘s decision to ban Prince Harry from wearing his military uniform to Queen Elizabeth II‘s funeral may have harmed their relationship even more, according to a royal expert.

“I think that [reconciliation] might have been the intention, but the king’s decision to initially not permit Harry to wear his uniform and during this funeral [and the] fact that at times, it seemed as if Harry and Megan were being shoved in the background and even shunned, that did a lot of damage, I think,” Christopher Andersen exclusively told Us Weekly during the Wednesday, October 26 episode of the “Royally Us” podcast. “So, I have to wait and see where they go with this.”

The Brothers and Wives author added that he thinks that the Duke of Sussex, 38, and wife Meghan Markle may have a hard time rebuilding their relationship with the king, 74, following the release of his upcoming memoir. “There could only be bombshells in that book,” Andersen explained. “There’s no way to avoid the fact that it’s going to rub the king the wrong way.”

Where Do Harry and Meghan Stand With the Rest of the Royal Family?

He continued, adding that Harry and Meghan, 41, have “set up a new life for themselves as philanthropists and communications moguls with the Spotify deal, the Netflix deal, all this other going on. [Really, their hands are tied, I think, to some extent.” 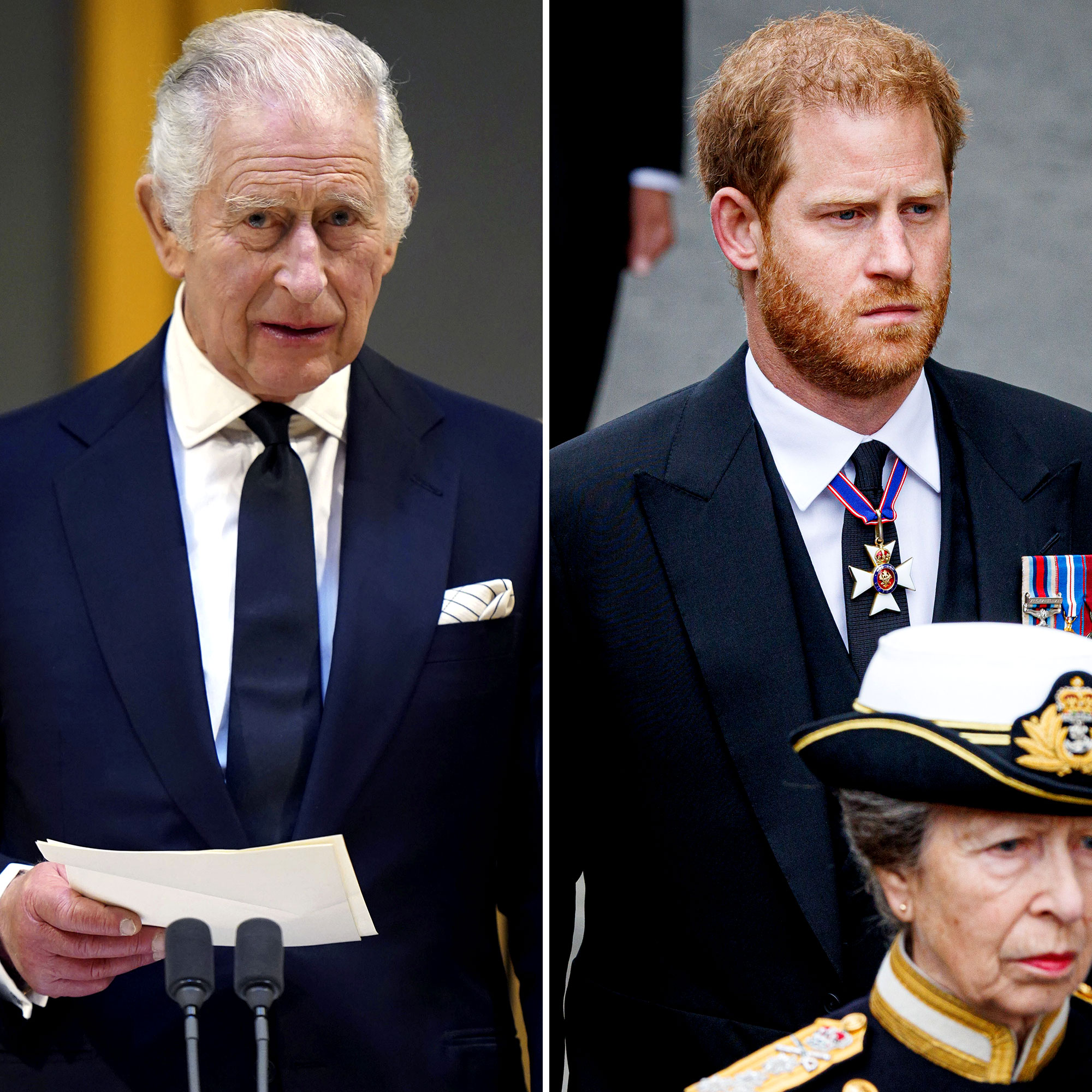 Andersen added that the couple “want to tell the full and true story” of their experiences with the Royal family, but “it’s not necessarily a pretty one.”

The Archewell cofounders announced their plans to step away from their roles in January 2020, resulting in Harry losing his royal patronages and military titles. “Following conversations with The Duke, The Queen has written confirming that in stepping away from the work of The Royal Family it is not possible to continue with the responsibilities and duties that come with a life of public service. The honorary military appointments and Royal patronages held by The Duke and Duchess will therefore be returned to Her Majesty, before being redistributed among working members of The Royal Family,” Buckingham Palace said in a statement in February 2021.

As a result of stepping back from his duties, the former military pilot — who served 10 years in the British Army — was not in uniform alongside Prince William and other working members of the royal family when he attended Her Majesty’s Platinum Jubilee Trooping the Colour celebration in June 2022. Three months later, he returned to the U.K. to mourn the death of Queen Elizabeth and was once again noticeably not in uniform when he joined other members of the family for formal memorials.

However, once Prince Andrew — who was stripped of his titles in January 2022, two years after he was accused of sexual assault — was granted permission to wear his military uniform to the queen’s final vigil “as a special mark of respect,” many criticized the palace for their decision. (Andrew, 62, was not given permission to wear his uniform for other funeral events alongside his siblings.)

At the last minute, the palace appeared to have a change of heart. “In a dramatic u-turn, palace officials have informed Prince Harry that he CAN wear his military uniform at a final vigil,” royal expert Omid Scobie wrote via Twitter on September 15. “On Saturday evening, Harry will join seven other grandchildren at Westminster Hall to stand in silence for 15 minutes by the Queen’s coffin.”

Neither Harry nor Andrew were allowed to wear their military regalia to the queen’s state funeral on September 19.

Following the queen being laid to rest, Andersen told Us that he believes that Charles hopes that his younger son will one day be back on good terms with the royals. “Charles would like everybody to be there and doing their job, and it’s in his interest to get Harry back into the fold. I’m not so sure William is that interested,” the journalist said last month. “I think he’s got much more of a grudge against Harry at this time.”