A controversial choice. While celebrating Halloween, Kelly Dodd and her husband, Rick Leventhal, shared their costumes — to less than enthusiastic responses.

Most Controversial Celebrity Halloween Costumes Over the Years: Pics 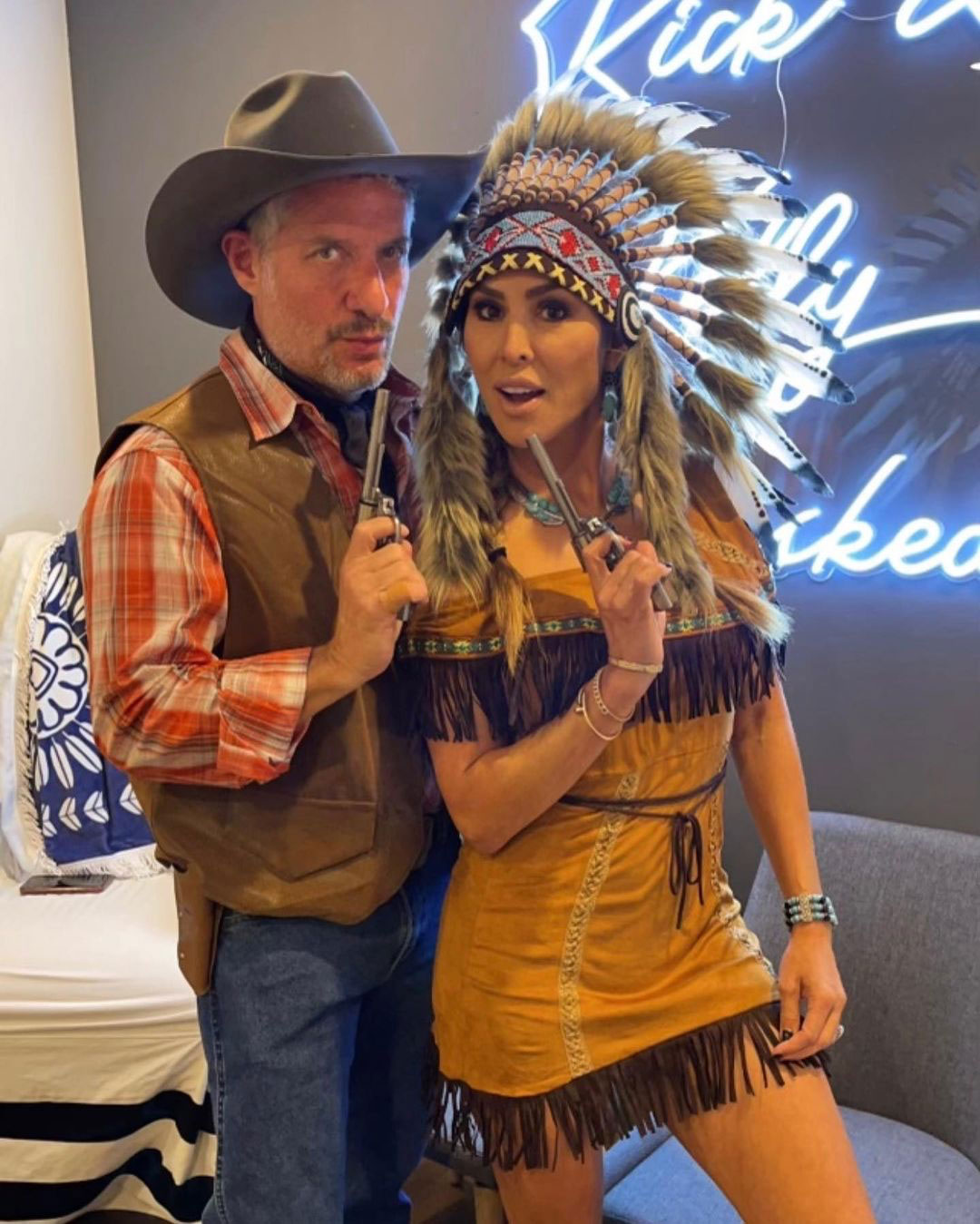 In one pic, the Real Housewives of Orange County alum and the former Fox News correspondent showed off prop guns. One social media user responded, “Sorry but bad taste. Come on someone lost their life.” Another person pointed out that the choice of costume was insensitive because “A child lost his mother!”

Leventhal’s costume comes after Baldwin, 63, was involved in an accident involving a prop gun on the set of his film Rust in New Mexico. Late last month, the 30 Rock alum discharged bullets from a weapon that hit Halyna Hutchins and Joel Souza. The cinematographer, 42, was taken to a hospital before dying from her injuries. The director, 48, survived and has since been released.

After relocating with his family to Vermont for the time being, the Beetlejuice star addressed the incident.

“I’m not allowed to make any comments because it’s an ongoing investigation,” Baldwin told reporters on Saturday, October 30. “I’ve been ordered by the sheriff’s department in Santa Fe, I can’t answer any questions about the investigation. I can’t — it’s an active investigation in terms of a woman died. She was my friend.”

The New York native opened up about the time he got to spend with the late filmmaker.

“The day I arrived in Santa Fe to start shooting, I took her to dinner with Joel, the director,” he added at the time. “We were a very, very well-oiled crew shooting a film together and then this horrible event happened.”

The Dr. Death alum revealed that he has been in touch with Hutchins’ family, her husband and her son, after the unfortunate incident.

“The guy is overwhelmed with grief. You know, there are incidental accidents on film sets from time to time but nothing like this,” the Boss Baby actor noted. “This is a one in a trillion event, and so he is in shock [and] has a 9-year-old son. We are in constant contact with him. We’re very worried about his family and his kid, and we’re eagerly awaiting for the sheriff’s department telling us what their investigation has yielded.”

That same day, his wife, Hilaria Baldwin, reflected on how her husband has been coping with the tragedy since their relocation.

“I brought [Alec] up here because we have to mourn Halyna’s death. Alec had a really traumatic thing happen, and I am trying to limit the PTSD,” Hilaria, 37, said during an interview with the New York Post on Saturday. “He needs space for me to take care of him and his mental health. It’s an awful thing that happened. Alec feels awful.”

Dodd, for her part, didn’t post the same set of photos. The reality star instead opted for several group shots from the festivities on Monday, November 1, writing. “2021 Halloween party highlights! For you haters, I embrace my Native American heritage. I think the fashion is beautiful & this was a tribute & celebration ❤️.”

The Bravolebrity previously explained during the season 16 reunion of RHOC that she considered herself a woman of color.

“So we have Braunwyn [Windham-Burke] who is blond haired, blue eyes, as white as can be,” Dodd told E! News after the episode aired in January. “She’s always saying that I’m a racist or a homophobe and it really irritates me. So I did a 23andMe and I don’t identify myself as a Black person, that was not my point. My point was I’m Black, Asian, Mexican, Spanish, I’m 30 percent Native American and I’m one percent Jewish. And I’m all races.”