Friends that mentor on The Voice together, stick together! Kelly Clarkson and some of her close friends attended her costar Blake Shelton’s stadium concert on Friday, August 20.

The 39-year-old “Miss Independent” singer raved about the 45-year-old country singer’s performance via Instagram, writing, “Get it @blakeshelton we are LIVIN’ OUR BEST LIVES!!! THANK YOU ❤️❤️❤️.”

She also snapped a photo of the “God’s Country” singer from the stage, writing, “@blakeshelton is KILLIN’ IT tonight in Denver!!! I’ll give him this #PrinceOfCountry 😜❤️ His setlist is INCREDIBLE!!” 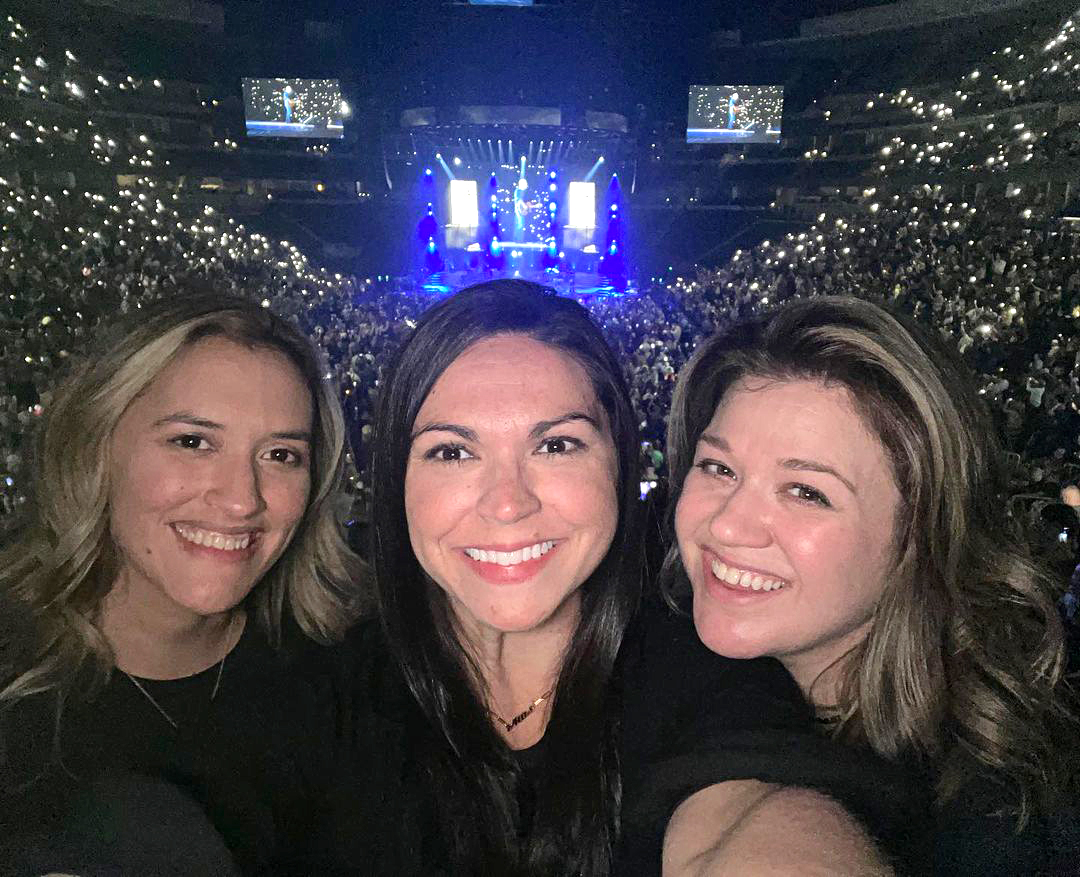 She also gushed over Shelton’s Colorado concert via her Instagram Stories. “Seein’ my brother from another mother tonight y’all,” she wrote before the show. “@blakeshelton is bringin’ the honkey tonk to Denver!! MAMA. IS. HERE. FOR. THE. PARTY. #FriendsAndHeroes tour!!”

The former American Idol champ also supported the other vocalists touring alongside Shelton. “@karabritz be killin’ those vocals tonight y’all!! She’s the real deal,” Clarkson captioned a video of the performer singing backup for Shelton. In the clip, the songwriter is heard yelling, “Get it, Kara” during the number. She gave Martina McBride and Tracy Byrd their own Instagram tributes during their respective sets.

“My favorite part of @blakeshelton’s show tonight was the song circle acoustic vibe,” Clarkson wrote alongside an Instagram Story snap of the arena. “My childhood self is losing her mind!!”

Several weeks earlier, Clarkson traveled to Las Vegas with two of her friends amid her ongoing divorce from estranged husband Brandon Blackstock, who worked closely with Shelton for several years.

“Friends, Vegas, Top Golf, and George Strait… I dare you to have a better time than me right now 😜,” the “Since U Been Gone” musician captioned a masked selfie of the three women via Instagram at the time.

During the weekend getaway, the pals enjoyed a round of outdoor Top Golf before attending George Strait’s Strait to Vegas concert at the T-Mobile Arena. Sharing photos from the concert via her Instagram, Clarkson called him the reigning “king of country music.”

Kelly Clarkson and Brandon Blackstock’s Messy Divorce: Everything We Know

Two days before her Vegas vacation, the Uglydolls voice actress won her Montana residence — where Blackstock, 44, had been living — in her divorce proceedings. According to court docs obtained by TMZ, the Grammy winner stated that she hoped to sell the ranch, calling it a “financial burden,” though the request was initially denied.

The From Justin to Kelly star wed the talent manager in 2013 and they share two children: River, 7, and Remington, 5. Us Weekly confirmed in June 2020 that Clarkson filed for divorce, citing “irreconcilable differences” as the reason for their split.