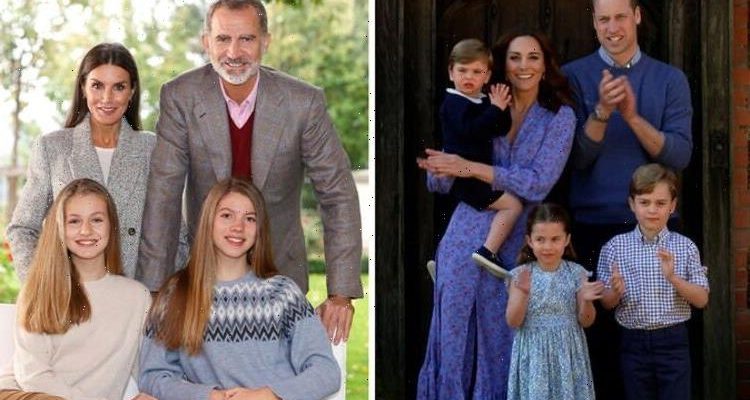 Kate Middleton 'did her research' before joining royals says expert

As the Easter holidays come to a close for children in England, Prince George and Princess Charlotte, the son and daughter of the Duke and Duchess of Cambridge, will return to school next week. The royals attend Thomas’ Prep School in Battersea, south-west London, but would their parents ever send them to boarding school?

A parenting expert spoke to Express.co.uk about why sending their children to boarding school is a “natural choice” for some royal parents, and not so much for others.

Jumaimah Hussain also explained why she believes the Cambridges will never send their children away for school, thus breaking tradition.

Prince William and Prince Harry went to boarding school from the ages of eight to 18 – Ludrgove School and later Eton College.

But, it seems their children will not follow the same fate.

Jumaimah explained: “Boarding schools have a history of providing excellent teaching and offering an all-round approach to learning, which will be desirable for royal parents wanting their children to experience some of the best education available.

“Sending their children to boarding school also allows them to keep out of the public eye, giving royal children more privacy from press and paparazzi.”

Focusing on the Cambridges’ children, Jumaimah continued: “William and Kate have a modern style of parenting, and they are often praised for their relaxed and regular parenting style.

“It’s long been thought that Kate and William would want to give their children as normal a life as possible, so sending them to boarding school doesn’t seem like an option they would consider currently.”

Jumaimah claimed that Kate and William’s day-to-day parenting techniques suggest the couple are not the type to send their children too far away from home for school.

She said: “The royal parents also spend quality time with their children, bonding with them in many ways, including simple family moments such as playing outside, which also wouldn’t be possible if they were to go away to school.

“Perhaps it may be an option once the children are older.”

The parenting expert added: “It is royal tradition for children to attend boarding school at age eight, with Prince William and Prince Harry both doing so, as well as Prince Charles when he was younger.

“Prince William and Kate Middleton have been known to break tradition, and with Prince George turning eight years old recently, it looks as if they will break tradition once again by not sending him to boarding school.

“It has been said that William and Kate have open communication with their children, so George would only go to boarding school if he wanted to and it would be a family decision between them all, which differs to the generations before.”

Prince George is eight, Princess Charlotte is six, and Prince Louis is three.

It is tradition to send royal children to the best schools in the country.

Some royals even send their sons and daughters to boarding schools in other countries – such as Queen Letizia and King Felipe VI of Spain.

Their eldest daughter, Princess Leonor, is currently studying for her International Baccalaureate at UWC Atlantic College in the Vale of Glamorgan, south Wales, after starting there last September.

UWC Atlantic College is a school that specializes in extra-curricular activities, from Tai Chi to rock climbing, as well as offering its students the opportunity to meet young people from all over the world.

Situated in a 12th century medieval castle with fees typically costing over £30,000 a year, many aristocratic and royal families have sent their children to the school over the years.