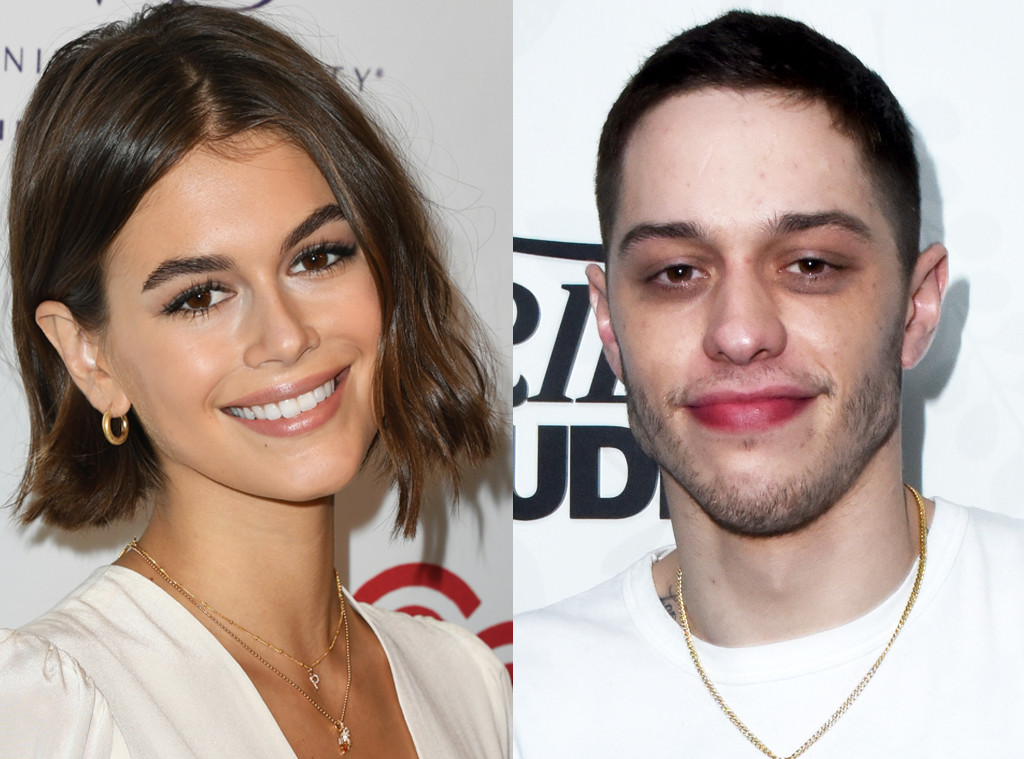 Kaia Gerber‘s jewelry is drawing in some attention.

Just three days after she was seen grabbing dinner with Pete Davidson, the model stepped out on Wednesday sporting a gold “P” necklace. The glittering piece, which featured a studded gold chain and the small bejeweled letter, was on full display when the 18-year-old model attended the annual Women’s Guild Cedar Sinai Luncheon, where she presented mom Cindy Crawford with the Women of Achievement Award.

Though some may be thinking of Taylor Swift‘s “Call It What You Want” lyrics⁠—”I want to wear his initial on a chain ’round my neck”—a source insists that Kaia and the 25-year-old comedian are simply platonic.

“They are spending time together and having fun,” a source previously told E! News. “They are just friends who like being together and making each other laugh.”

Most recently, the Saturday Night Live star headed to California to see her. There, the duo enjoyed a night.

“They had a casual two hour dinner at Nobu on Monday night,” an eyewitness shared. “It seemed friendly and there wasn’t anything outwardly romantic going on. They sat across from each other and talked throughout their dinner.”

“Pete walked out first and Kaia was behind him. They left in the same car with Pete driving,” the source added. “They looked at each other in the car and started laughing as they drove off.”

Rumors that the two were dating first started in October. Following his brief romance with actress Margaret Qualley, the stand-up star was seen enjoying a meal with Kaia at Sadelle’s in New York City. As for who the “P” necklace could have been inspired by, it could very well be the model’s older brother, Presley Gerber.

The famous siblings—whose father is Rande Gerber—have a very close bond, so it wouldn’t be odd for her to honor her big bro in such a way. The oldest Gerber sibling, after all, showed his love for his little sister in a much more permanent way in February 2018 when he got her name tattooed on his arm.

At the time, she posted a photo of the new ink on Instagram saying, “@presleygerber best big bro ever.”