John Mulaney’s wife went to rehab amid his alleged infidelities

Olivia Munn said she was ‘obsessed’ with John Mulaney years ago

Anna Marie Tendler is in her feels.

The makeup artist, 35, revealed amid her divorce from John Mulaney that she has been listening to — and loving — Olivia Rodrigo’s new breakup record, “Sour.”

Tendler posted the cover artwork for the 18-year-old singer’s angsty debut album on her Instagram Story on Monday with the caption, “Hey bestie, you wanna hang out? *listens to this album on repeat all summer.*”

“Sour” and its chart-topping lead single, “Drivers License,” are widely speculated to be about Rodrigo’s 2020 split from her “High School Musical: The Musical: The Series” co-star Joshua Bassett.

Perhaps Mulaney, 38, could arrange a special meeting between Rodrigo and his equally brokenhearted estranged wife, as he was once a writer for “Saturday Night Live,” which the Disney+ star performed on this month. Rodrigo has also been known to have a crush on “SNL” star Pete Davidson, who is one of Mulaney’s closest friends. 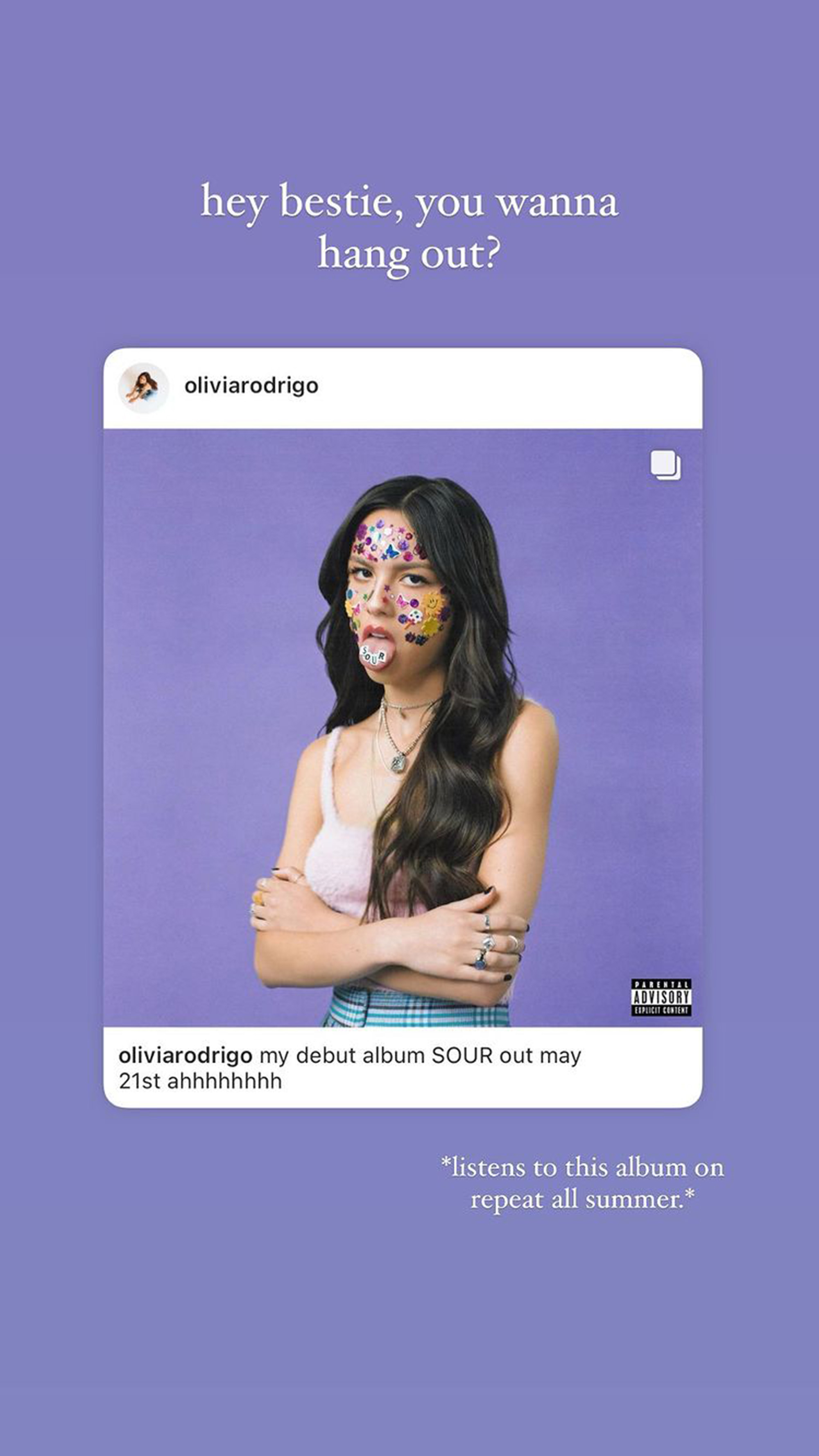 Page Six first reported that Mulaney and Tendler were divorcing earlier this month, with the hairstylist telling us, “I am heartbroken that John has decided to end our marriage.”

The news came after the comedian completed a two-month stay in rehab for cocaine and alcohol abuse.

Mulaney is now dating Olivia Munn, who was said to have been “obsessed” with him years ago — while he was happily married.

Tendler, for her part, has been working on herself, as a source told Page Six that she also recently went to rehab for “emotional and eating disorders” stemming from her now-estranged husband’s alleged infidelity.