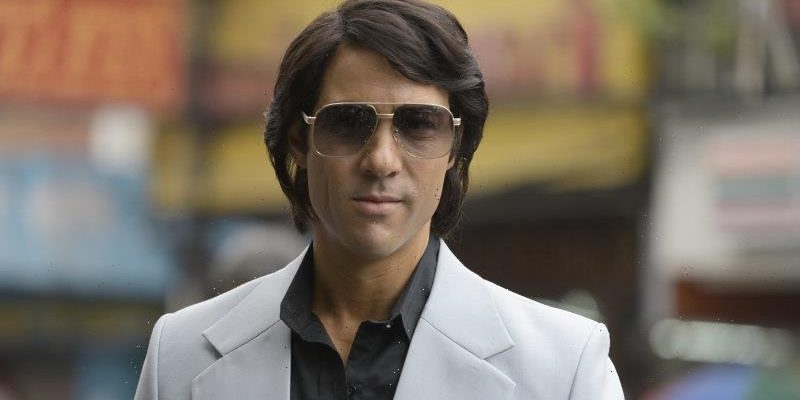 Last month, Netflix officially launched its new “Play Something” feature, a program shuffle aimed at bypassing the indecisive endless scroll that plagues so many users who log on, spend hours searching for something to watch, and then log off without viewing a thing.

In an age of viewer fatigue and a debilitating abundance of choice, it’s a nifty idea. Press the “Play Something” button and the Netflix algorithm will instantly start a show it thinks you’ll enjoy based on your viewing history. But does it work? 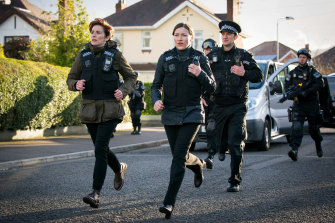 My experiment with the button promised an instant problem that may plague many users: up until recently I was (allegedly) sharing my password with my parents, which has done irrevocable damage to my algorithm. Netflix now thinks I’m obsessed with Spanish-language telenovelas and shows about Argentinian BBQ, rather than my true passion: heartwarming sitcoms.

Similarly, my personal profile is shared with my partner, my kids, and the Victorian ghosts who live in the attic and come out when we’re asleep. My algorithm is severely tainted. Netflix’s recommender faced an uphill battle to satisfy me.

Its first choice was intriguing: BBC’s hyped Line of Duty. If our tastes are defined as much by what we don’t like as what we do, 30-odd years of TV-watching have taught me to switch-off at the sight of a British cop in blue yelling, “Oy constable, any reliable witnesses?” I watched a few episodes and was somewhat charmed by the moral ambiguity on display, but Netflix started me at season one, episode one. Am I going to catch up on five seasons of this just to join the current cultural conversation? Skip.

Next up was the fantasy series Shadow and Bone because “you watched Snowpiercer”. I tried but gave up four minutes in when I realised the show was about cartographers.

Then, something: the new music doco Elvis Presley: The Searcher. It’s fair to say I never would have watched this, because what’s left unsaid about Elvis? But it’s an interesting production, pegged to his nerves around his ’68 comeback special and overlaid with musings from Bruce Springsteen, Tom Petty and Emmylou Harris. Finally a successful choice, but at this point I had the niggling feeling Netflix was just force-feeding me their “new and trending” offerings.

So, notwithstanding its finicky hit-rate, is there a useful point to Netflix’s new feature?

Jordi McKenzie, an associate professor in the Department of Economics at Macquarie University whose research interests include consumer behaviours around streaming, says battling viewer fatigue is the key motivation.

“With the increasing number of SVoD (subscription video on demand) services, it takes more effort to find the right TV series or movie to watch. If you have no particular TV series or movie in mind, I can see the value in the ‘Play Something’ feature,” he says.

“I think with so many consumers ‘cutting the cord’ to pay TV, and the erosion of linear programming, watching TV has become a different experience where the user is required to actively make a decision about what to watch, which not everyone wants to do.

“Sometimes you just want to turn on the TV and watch something, but SVoD doesn’t really work like that, so I think the ‘Play Something’ feature partially fills that gap.”

Tellingly, Netflix has sold the feature as “sometimes the best choice is not to choose,” which basically sounds like old-fashioned TV. Wasn’t part of the promise of streaming the idea that we wouldn’t have to sit through stuff we didn’t care about? Is this the streaming industry admitting that conventional, linear, scheduled broadcast TV is in fact a superior business model?

Dr Benjamin Nickl from The University of Sydney, whose research touches on cultural technology and popular entertainment, says Netflix is now battling a beast of its own making, the recommender echo chambers that mean wide swathes of its programming – which in 2021 cost $US17 billion – are left unseen by large chunks of its subscribers.

“Netflix is in the business of getting new users and more users, less cancellations and more people to be loyal to them. We shouldn’t forget that this is their core business,” says Nickl.

“But Netflix now has the problem that their predictive algorithm and the recommender system makes some products invisible.”

After its ratings and rankings features and “popular and trending” lists, “Play Something” is essentially the streamer’s latest mechanism to get eyeballs across its product, albeit under the guise of a benevolent fix for the problem of too much choice.

But for users, whose “streaming genetics” are pored over by the likes of Netflix to “get a 23-and-Me fingerprint of their content ancestry”, a legitimately random shuffle might’ve been a more useful feature at this point, says Nickl.

“Netflix have become the fortune-tellers of our screen binges and weekend viewings. I think once the algorithm caught up to our viewing selves, we felt like we were caught in a prediction cage,” he says.

“You go and talk to real people outside the box and they’ll tell you about exciting shows that you may not have found in the echo chamber of your own taste. So then you get upset or disappointed that the box only feeds you the same meal all the time, and once you’re over having that burger or slice of pizza every day you want something else, something you didn’t even know that you wanted.”

McKenzie says the likelihood of Netflix users treating the function as anything more than a novelty depends on “the quality of the algorithm’s recommendations”.

“If, as a viewer, it recommends shows or films that you haven’t yet discovered yourself and end up enjoying, then I’m sure consumers will find value in the feature,” he says. “I also think if this feature does prove to be successful, it won’t be long before Netflix’s competitors offer something similar.”

A streaming-induced return to indiscriminate channel surfing? Welcome back to the future of television.