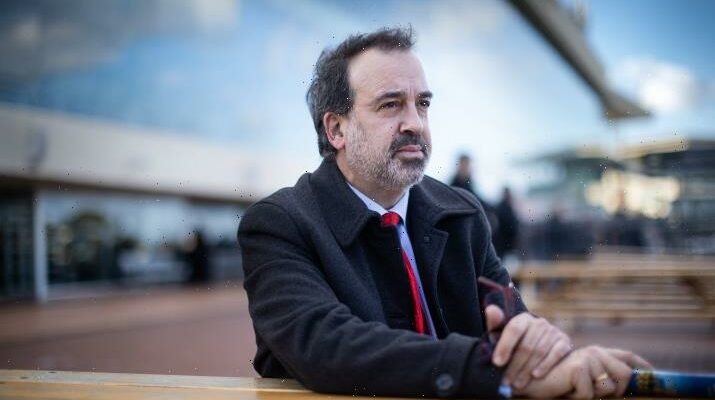 Outgoing Victorian racing minister Martin Pakula has flagged a future career in racing and could be the man to bring peace to the state feud between Racing Victoria and Racing NSW, according to former Victoria Racing Club chairman Amanda Elliott.

Pakula – whom Racing NSW chief executive Peter V’landys told The Age was “the greatest competition we’ve had” – said he would be open to a discussion about a future career in racing administration after his parliamentary career ends. 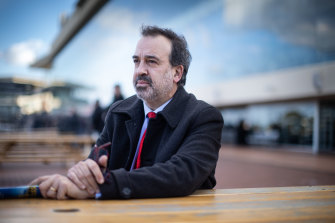 Is a career in racing next for Martin Pakula?Credit:Simon Schluter

The 53-year-old spent his final day as sport and racing minister at Caulfield Racecourse on Saturday, following the morning’s caucus meeting where Victorian Premier Daniel Andrews reshaped his ministerial cabinet.

Pakula left that meeting in a Rip Curl Pro Bells Beach hoodie, and arrived at Caulfield with a shirt and tie with his form guide in hand, which helped him find the winner – D’Aguilar – in race four.

Sharing in one final media interview with The Age before a planned holiday to London – where he may be able to sneak in time at Wimbledon – Pakula said he was giving up a dream job as sports and racing minister.

“It is [the dream job] if you’re a passionate sporting fan, and I have been my whole life,” said the devout Carlton supporter, who wasn’t confident his Blues could beat the Fremantle Dockers on Saturday.

“I’ve been a mad footy and cricket fan since I was a little kid, a mad lover of racing since my teens, so to have racing and professional sport has been incredibly rewarding. It was very difficult through the pandemic because a lot of the things we liked to go to weren’t on.”

Pakula played a critical role in making sure Melbourne remained the sporting capital of the world. He fought off interstate and international competition to lock away the Formula One Grand Prix in Melbourne until 2035, the Australian Open tennis tournament until 2044 and the AFL Grand Final until 2059.

He also secured the Commonwealth Games for regional Victoria in 2026, two more President’s Cup golf tournaments in 2028 and 2040, and – according to V’landys – ensured Victorian racing was the best funded jurisdiction in Australia, while keeping the sport active through the pandemic.

“He is the ultimate can do man; if you want something done, Pakula’s the man to go to. The greatest competition we’ve had is Pakula. If they don’t get a minister who is the equivalent to Pakula, their funding could be in jeopardy.

“Without him, [Victorian racing] would be in massive trouble.”

Asked whether a future in racing lay in wait for Pakula, he said he’d be happy to have that conversation “if people from the industry thought it was something they wanted to talk to me about”.

“I love racing, and I’ve loved being involved in it,” he said.

“I’d be interested in staying involved somehow; I don’t really know how that would be. There are lots of different ways you can be involved in racing, be it club, administration, Racing Australia, there are plenty of ways.”

“I catch up with the leadership of soccer and cricket and netball and tennis,” he said. “As minister for sport, that’s my job.”

Former VRC chairman Amanda Elliott said racing should be finding a way to keep Pakula in the sport.

“The racing industry should be first to his door, literally,” she said.

“He mustn’t be lost from racing. If you take into his account his brilliant work as racing minister, we need to make sure he remains involved, if not running it.

“If anyone can sort out the very unnecessary and self-destructive so-called war between Victoria and NSW, my money would be on Martin Pakula.

“He was a very, very effective politician in that he got things done. He was a great advocate for racing within government, he always pushed for more money. He understood racing as a sport, but also as a business.

“He understood how many people it employed, and he understood the opportunities that it gave to put Melbourne on a global stage as a showcase.”

V’landys wouldn’t comment on whether Pakula would be a good fit for Racing Australia, but couldn’t have been more complimentary about Pakula’s impact on Victorian racing. 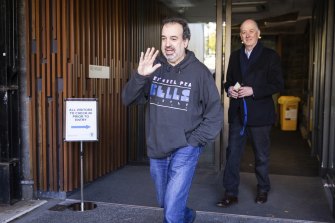 Pakula said peace could be found between the two racing bodies, if they were willing to compromise.

“I get on well with Peter V’landys,” he said. I don’t agree with every position they’ve adopted in NSW, but on a personal level, I like him and on some level I think I get him.

“I don’t think there’s anything illegitimate about NSW having ambitions about the spring. I just think there could be more cooperation about timing.

“I just think the industry benefits when the best jockeys and the best horses run in both jurisdictions. But you’ve both got to want to find that solution, and if Victoria and NSW racing both want to find the solution, there’s no doubt that could be found.”