WHEN fitness fanatic Kaelyn Franco went to a spin class for the first time, she thought she would be doing wonders for her health.

The TikToker left the class a little bit sore but feeling as though she had gained muscle – putting down any pain to the intensity of the class. 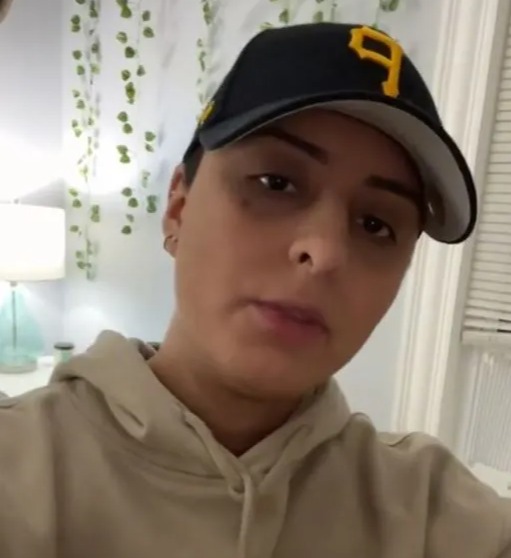 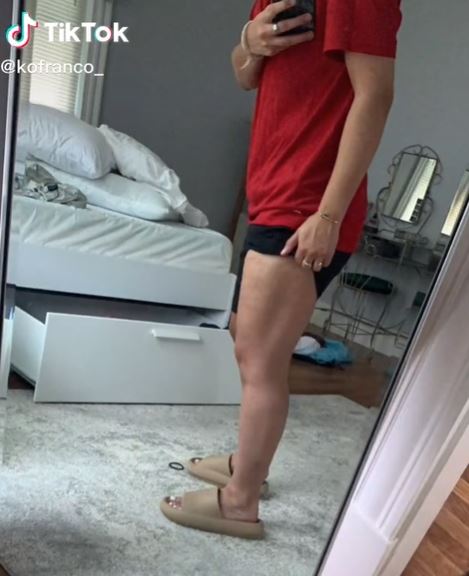 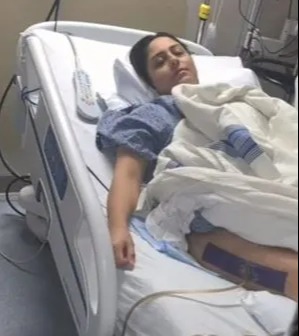 Kaelyn, from Massachusetts, US, had received the recommendation from a friend and decided to book onto a spin class.

A spin class is a form of fixed cycling where you will be in a studio or gym, following along with an instructor who will advise you on different inclines to change the intensity and speed of the workout on the bike.

After she finished the class on September 15, she said it felt as though her legs couldn't support her weight.

The next day the pain got worse and Kaelyn eventually decided to go to hospital – where doctors told her she had rhabdomyolysis.

This is a condition whereby a breakdown of muscle tissue releases potentially fatal proteins into the blood.

It can cause disability and kidney damage and, in extreme cases, death.

The recent graduate said she had monitored her creatine kinase levels – which can help monitor muscle damage, she said that this was around 46,000.

Posting to TikTok she said: "Mind you, a regular CK level is between 30-200 units per liter, so I was well above that,' she explained.

"They began the treatment but every blood drawing after that, my levels were just sky-rocketing. My CK level got up to 251,000.

"Doctors were getting concerned at this point so they brought in a bunch of specialists to monitor me. My legs were so swollen, they were getting really concerned."

Soon, Kaelyn was rushed to emergency surgery where they did a fasciotomy to relieve the pressure in her right leg.

Luckily she is now recovering at home but is still unable to walk after the incident.

Rhabdomyolysis is usually the consequence of injury to the skeletal muscle.

You are most at risk of the condition if you have lain immobile for periods of more than one hour, particularly if you have taken drugs or been drinking

Patients are also at risk if they have recently taken cocaine or ecstasy, the NHS states.

It also states that many patients with the condition will often present after intense exercise, especially if this has been combined with heat exhaustion.

Patients with sepsis can also present with the condition.

She said: "I'm in pain every single day. I use crutches to get around but even just walking for two minutes causes me a great deal of pain."

Despite her experience, she says she doesn't want to put other people off going to a spin class.

She explained: "I am not here to prevent people from working out or sway people away from spin classes and exercising and all that.

"More so, I want to shed light to a topic that's not really known about, not really talked about, and it's important to be cautious of these things because there's a big prevalence in spin classes lately."

She did however, say that first time spinners should be given guidance and should be informed of the signs of rhabdomyolysis, which can often by mistaken, as in her case, as muscle aches.

Kaelyn highlighted that what happened to her could happen to anyone, even those who are active on a daily basis.

"I will have life long complications from this but I am not letting that take away from my happiness and my positivity", she said.