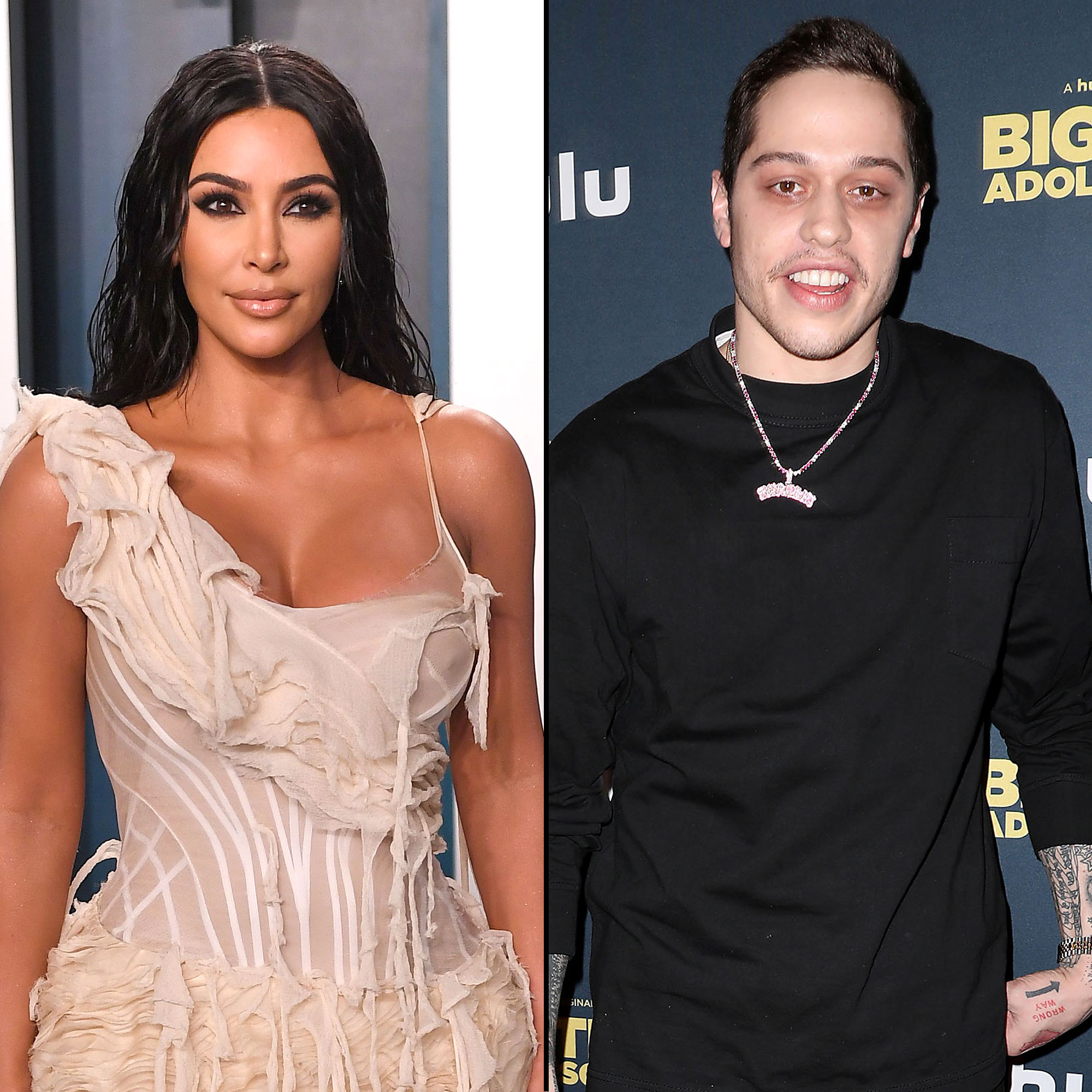 Kicking off 2022 with a bang! Kim Kardashian and Pete Davidson were seen boarding a private plane to the Bahamas on Monday, January 3.

Kim Kardashian and Pete Davidson’s Romance: Everything We Know

In photos obtained by the Daily Mail, the 41-year-old reality star and the 28-year-old comedian were dressed casually as they arrived for their flight. While Kardashian was in head to toe black, Davidson rocked all white. The trip comes after the beauty mogul spent the holidays without her new man, celebrating Christmas with her kids. The King of Staten Island star, for his part, worked through New Year’s Eve, cohosting an NBC special with Miley Cyrus.

The twosome have been linked since late October 2021 after the KKW Beauty CEO hosted Saturday Night Live. Her relationship with Davidson marks her first public romance since filing for divorce from Kanye West in February 2021. While the rapper, 44, who shares daughters North, 8, and Chicago, 3, and sons Saint, 6, and Psalm, 2, with Kardashian, has made multiple public pleas to win her back, a source told Us Weekly exclusively that the Selfish author has moved on.

“Pete is not worried about Kanye trying to get back with Kim. He’s very laid-back and understanding,” the insider said last month.

According to another source, Kardashian “doesn’t want to rush into anything too serious” with Davidson, but they are “super smitten” with each other.

“Kim and Pete are getting serious. Things have definitely escalated quickly but in a healthy, fun way,” the second source said on December 28. “Right now, they are just enjoying their time together and seeing where things go.”

A third insider added in November, “He makes her feel good and she’s excited to see what happens. Everything flows well [when they’re together].”

While the couple have yet to publicly comment on their relationship, Kris Jenner was asked about their budding romance during an appearance on CNN’s New Year’s Eve Live with Anderson Cooper and Andy Cohen on Friday, December 31.

“Everyone is talking about Kim’s new relationship with Pete Davidson,” the Watch What Happens Live With Andy Cohen host, 53, said as Jenner, 66, appeared virtually. “Have you had the chance to spend time with them? How are they as a couple?”

The Most Surprising Celebrity Hookups of 2021: Kim and Pete, More

As Kylie Jenner’s 3-year-old daughter, Stormi, wandered into the room, Cooper, 54, called out her “visitor.”