At this point in the Marvel Cinematic Universe, any character with a name likely has origins in comics. In Hawkeye Episode 4, Kate Bishop (Hailee Steinfeld) comes across an off-duty policewoman named Wendy Conrad, nicknamed ‘Bombshell.’ She only has two scenes in the episode, but if she’s anything like her comic counterpart, she might spell serious trouble for both Clint Barton and Kate Bishop. 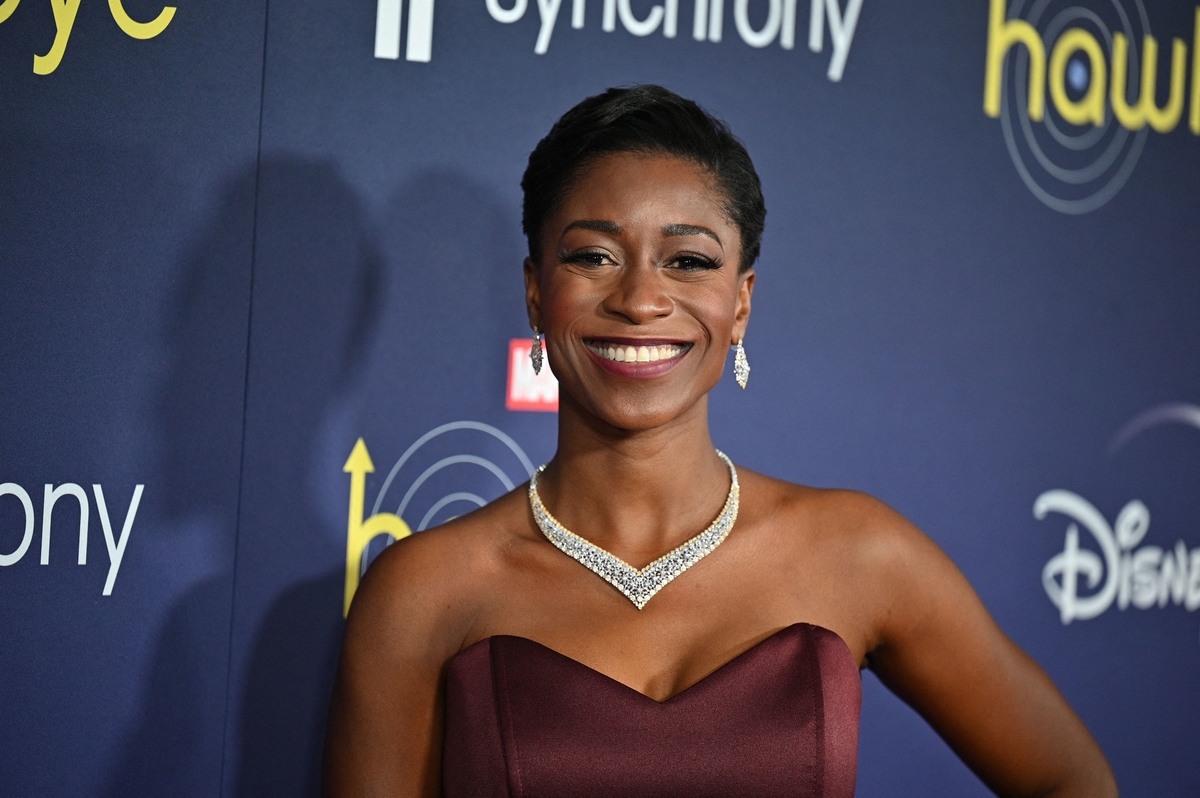 Who was Wendy Conrad, AKA Bombshell in ‘Hawkeye’ Episode 4?

In Hawkeye Episode 4, Wendy Conrad (played by Adetinpo Thomas) appeared in two scenes, revealing her ‘Bombshell’ nickname in the second.

Clint Barton (Jeremy Renner) sent Kate to retrieve their trick arrows from the LARPers that he ‘fought’ in Hawkeye Episode 2. Kate then interrupts a training session and meets the off-duty NYPD policewoman Wendy Conrad.

She appears later with the promised trick arrows in a bag, which Clint tries to bring with him. However, she hesitates. Wendy Conrad told Hawkeye that her wife embroidered her nickname, ‘Bombshell’ on the bag and that it was special to her.

Both Clint and Kate Bishop promised to return the bag to her. However, based on her comic persona, Conrad might see the archers first, with much more villainous intent.

Who is Wendy Conrad, AKA Bombshell in Marvel Comics?

While Wendy Conrad, aka Bombshell, seemed friendly in Hawkeye Episode 4, she might not stay that way. Bombshell acts as one of Hawkeye’s recurring villains. An explosives expert, she worked as a mercenary for Ant-Man villain’s Cross Industries.

The villain Crossfire hired her, Oddball, and Silencer in Hawkeye #3 in 1983. The trio then planned to kidnap Hawkeye and actually succeeded in their mission.

Hilariously, she once joined a gang of supervillain jugglers (yes, Marvel has enough juggler villains to form a six-member team) and fought Captain America.

Throughout her criminal career, Bombshell fought Hawkeye on several occasions, determined to nab the bounty on his head.

As of Hawkeye Episode 4, Wendy Conrad does not seem to pose a threat to Clint, Kate, and Lucky the Pizza Dog. However, she easily could return to fight them or even join another group entirely in the Marvel Cinematic Universe.

She worked for Misty Knight, who appeared in the Marvel and Netflix shows

Rumors have circulated about characters from the Marvel Netflix shows returning. Charlie Cox has seen confirmation on his return, and Hawkeye rumors have even pinned Vincent D’Onofrio as Kingpin for a return.

Of course, this caused fans to look at the rest of the Netflix shows like Luke Cage and Iron Fist.

Simone Missick played Misty Knight, a detective with romantic ties to Luke Cage. In the comics, she formed a team called Villains for Hire, in which she included Bombshell in the ranks. Could Wendy Conrad appear as Bombshell beyond Hawkeye Episode 4 with Misty Knight?

Depending on what elements Marvel decides to bring over from the Netflix shows, anything remains on the table. However, CBR reported rumors that Marvel would recast Luke Cage. it seems unlikely that the same Misty Knight could return.

This does not rule out the possibility of Misty Knight joining the Marvel Cinematic Universe with a new actor.

If Wendy Conrad does not emerge as a villain to fight Clint Barton and Kate Bishop as Bombshell in Hawkeye, she could still have plenty of opportunities to show her darker side.