Deja vu! Gwyneth Paltrow has an arsenal outfits that have stood the test of time. And to the pleasure of all her fashion-loving fans, the 49-year-old Goop founder just brought back one of her most iconic looks: the red Gucci suit she first wore to the 1996 MTV Video Music Awards.

The velvet number made its grand return for the Gucci Love Parade event on Tuesday, November 2. But it wasn’t the copy, pasted version from 25 years ago — it received a modern day upgrade.

The current version was designed by Gucci’s current creative director Allessandro Michele for the brand’s spring 2022 collection, whereas the original number was made by Tom Ford. 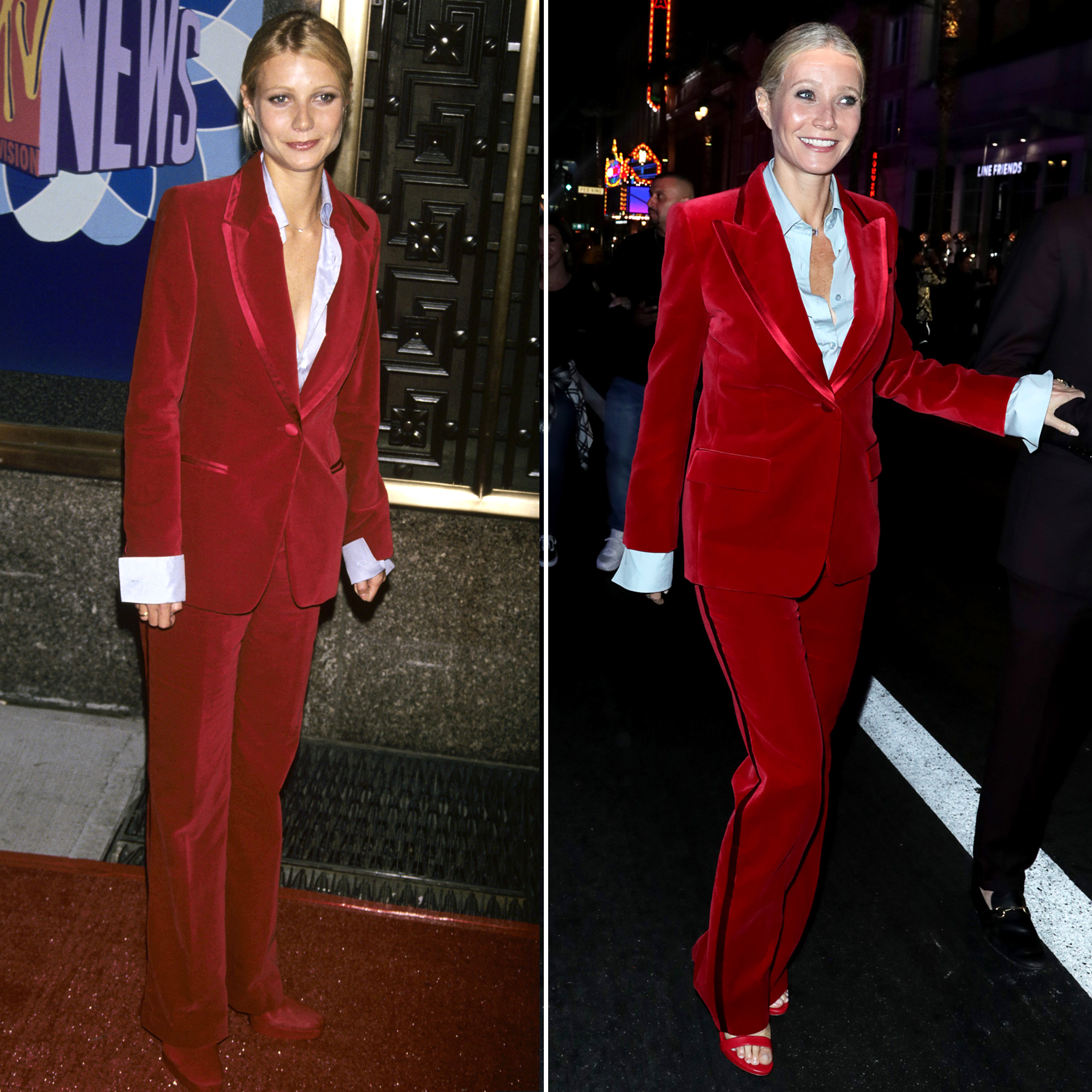 Even with subtle differences along the lapels, shoulders and pockets, the tribute wasn’t lost on Paltrow, who looked absolutely amazing for the record.

She made a point to style the look in the same exact way — right down to the unbuttoned blue collared shirt. In the beauty department, she styled her hair similarly too, sweeping her blonde locks into a loose chignon. Instead of rocking a side part though, she made the look line up with the trends and styled her hair down the center. Put it all together and it’s safe to say that the ‘90s nostalgia was very real.

The flashback moment wasn’t lost on fans, as many took to Twitter to express their excitement about the fabulous fashion moment. “Gwyneth Paltrow, you are an outfit repeater,” one user comically quipped, while another said, “The suit from Gwyneth Paltrow … wow.”

It shouldn’t come as a surprise that the actress whipped out a new rendition of the original number. She credited the look as “one of my favorites” in an April interview with Vogue.

“This is one of Tom Ford’s original collections for Gucci. I was super — as everybody was at the time — obsessed with what he was doing for Gucci. He completely revolutionized the brand,” she said, reflecting on the outfit. “Everybody was clamoring to get anything they could from the collection and I was very lucky to borrow this beautiful red velvet tuxedo from him.”

The pinch me moment wasn’t lost on Paltrow at the time either. She revealed that she treated the clothes with “so much reverence” — and still does. All the designer duds she’s been given through the years are packed away in case her daughter Apple every wants to take them for a spin.