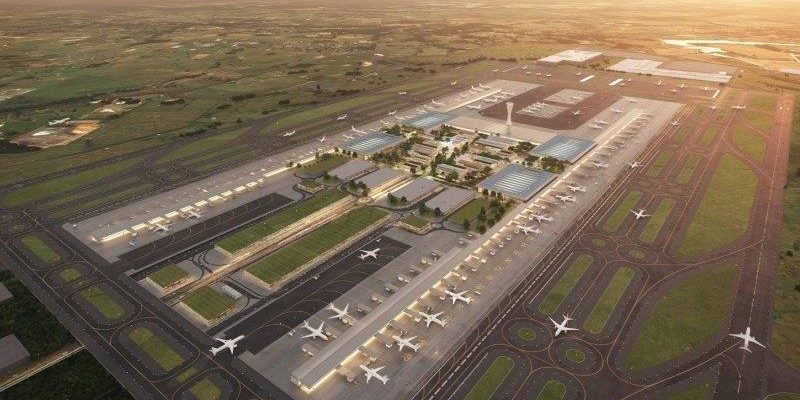 Liberal MP John Alexander has criticised his own government for failing to properly capture the windfall profits flowing to developers around major infrastructure projects, warning without a new policy future generations will be left with ever-growing budget debt.

The NSW MP, who is chair of the House of Representatives Infrastructure and Transport committee, said the federal budget would suffer ongoing budget problems if the government ignored calls for a form of a windfall gains tax on major infrastructure works like Sydney’s Western Sydney airport. 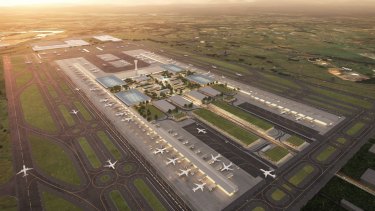 An artist’s impression of Western Sydney Airport. A Liberal MP has criticised the government for not putting in place a windfall gains tax to capture increased values around major infrastructure projects.

Windfall gains are those which normally accrue to landowners who own undeveloped property that grows sharply in value because of rezoning or nearby new infrastructure such as light rail or a railway station.

In its state budget last week, the Victorian government revealed plans for a windfall gains tax of up to 50 per cent. It will apply to land that is rezoned.

He said the Victorian windfall tax was flawed because it was not directly linked to infrastructure, but it was caused by the federal government’s unwillingness to back proper reform to windfall gains.

“This inefficient Victorian tax is a direct and inevitable result of federal inaction,” he said.

“Taxes like Victoria’s are what you get when federal governments sit on their hands over this issue and refuse to consider a fairer federal version of it, one that can be applied broadly across Australia, and solely linked to infrastructure funding.”

“The federal government must work with the states for the benefit of all Australians.”

Mr Alexander said taxpayer-funded infrastructure such as the Western Sydney airport at Badgery’s Creek was delivering windfalls worth billions of dollars to a “select few”. 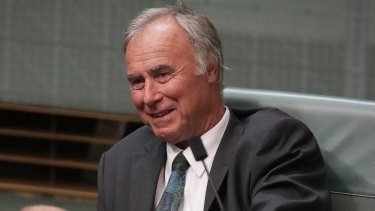 Liberal MP John Alexander says without a windfall tax for major projects, the government will struggle to pay down the debt accrued because of the coronavirus pandemic.Credit:Alex Ellinghausen

The Auditor-General has criticised the federal government for purchasing land at the end of the airport’s planned second runway for $33 million, only for it to be valued at $3 million less than a year later.

However, Auditor-General Grant Hehir told an estimates hearing this week he had never said the 12.26-hectare wedge of dairy farm formerly owned by Leppington Pastoral Company was “a $3 million property” and “the price they would have paid may have been significantly more than [the valuation]” but the department had failed to rationalise the difference.

A separate investigation of the land deal commissioned by the department and released on Monday said the department could have sought to negotiate a lower price for the land but likely wouldn’t have been able to pay only $3 million.

Mr Alexander said with a string of committees and agencies calling for a form of windfall tax, it was time for the federal government to act.

“Now, more than ever as we embark on massive spending on more infrastructure, we must have a mechanism for recouping the uplift in land prices to repay taxpayers and bring fairness to our tax system,” he said.

“The federal budget has blown out, it’s on us to ensure future generations aren’t saddled with unfair debt and interest burdens when there are alternatives sitting right there on the table today for our consideration.”

The budget this month showed the four largest consecutive deficits on record with gross debt to reach $1.2 trillion by 2024-25. Debt is forecast to remain at 50 per cent of GDP out to at least 2031-32.

The government has said it will pay down the debt by “growing the economy”, ruling out increased taxes.