CBS News is mourning the loss of award-winning journalist Gordon F. Joseloff after his death on Monday. Joseloff died at his home with his son and daughter by his side after a three-year battle with myelofibrosis, a rare blood cancer. He was 75.

During his 16-year tenure at CBS News, Joseloff held the roles of correspondent and senior producer and served as bureau chief for New York, Tokyo and Moscow. He will be remembered for his contributions to the field of journalism and his dedication to his community.

Before joining CBS News, Joseloff worked as a correspondent and editor for United Press International. In 1975, while assigned to UPI’s Moscow bureau, Joseloff was vacationing in San Francisco and was an eyewitness to Sara Jane Moore’s attempted assassination of then-President Gerald Ford. His description of what he saw appeared worldwide on UPI’s wires and radio network.

At the beginning of his career at CBS News, Joseloff started as a writer under Walter Cronkite and Dan Rather, two legendary men whose emphasis on trust and journalism explicitly impacted Joseloff’s career.

Never one to shy away from difficult stories, Joseloff’s coverage centered on groundbreaking news both stateside and worldwide. While on assignment in Moscow, Joseloff covered the Soviet invasion of Afghanistan, including the U.S. boycott of the 1980 Moscow Olympics. That year, he was the first U.S. network correspondent in Poland when Lech Walesa’s Solidarity trade union movement was created.

During his time in Tokyo for CBS, Joseloff masterfully reported on the major news of the day, including the Soviet shootdown of Flight 007, the Bhopal gas leak, the overthrow of Philippines President Ferdinand Marcos, and the death of Japanese Emperor Hirohito. In 1984, his coverage of the assassination of Indian Prime Minister Indira Gandhi won him a shared Emmy Award. He returned from overseas in 1991 and was instrumental in coordinating CBS News’ coverage of the Gulf War. 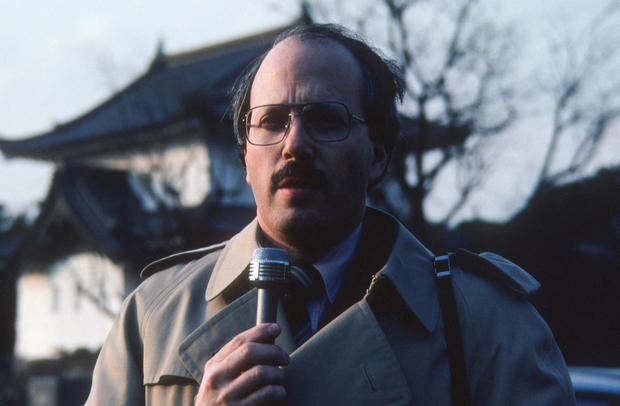 Even after his career at CBS News, Joseloff stayed committed to the importance of journalism in people’s lives, especially in his community of Westport, Connecticut. In 2003, he created WestportNow, one of America’s first community news websites. With Joseloff’s guidance, the site helped the town make massive technological leaps, coordinating much-needed coverage of local events and storms that made the town of Westport much better for it.

“It was an honor to work with Gordon Joseloff all the years in the forefront of online community,” said James Lomuscio, associate editor of WestportNow.com, who worked with Joseloff for many years. “He aimed to create a digital history of Westport, his home town. He did it spectacularly.”

“He was a good man, a really good man, and always objective; he worked with the most trusted man in America: Walter Cronkite,” Lomuscio.

“As someone who grew up in Westport, it has been a special honor and privilege to serve my fellow citizens for two terms as the chief elected official,” Joseloff said in a statement announcing his decision not to run for re-election. “I am deeply indebted for the confidence shown in me. The challenges have been great, but the rewards have been even greater in the town I proudly call home. I look forward to spending more time with family, taking some time off, and pursuing other opportunities.”

After leaving his role of first selectman, Joseloff went back to his first calling, taking on the mantle of editor once again. Joseloff is survived by his sisters Jill and Jody, brother Michael, former wife and best friend Suzy Joseloff Stark, daughter Anna-Liisa, son Ben, and six grandchildren: Ulysses, Sam, Delphine, Charlie, Tallulah, and Louise.