A police officer who pushed a 73-year-old Colorado woman with dementia to the ground after she left a store without paying for items worth about $14 is facing charges of using excessive force, while a second officer is accused of failing to stop or report his actions, prosecutors said Wednesday. But CBS Denver reports the family of Karen Garner says other officers involved, in what they believe was the coverup of the arrest and injuries, need to face charges as well.

Austin Hopp is facing charges of second-degree assault, attempting to influence a public servant and official misconduct in last year’s arrest of Garner in Loveland, a city about 50 miles north of Denver. Daria Jalali, who arrived after Garner was handcuffed, is facing charges of failing to report use of force, failing to intervene and official misconduct. 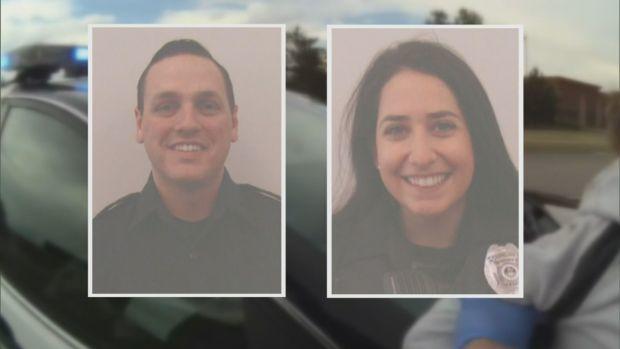 A person who answered the phone at the law firm representing Hopp said the office would not comment on the case. Court records did not list a lawyer for Jalali, and a telephone number listed for her did not work.

They were among three officers who resigned last month after a federal lawsuit filed by the woman’s family and police video released by their lawyer triggered anger in the community and two independent investigations. The June 2020 arrest was captured on Hopp’s body-worn camera, and the three officers also were shown talking about the arrest, laughing and joking in police station surveillance video. 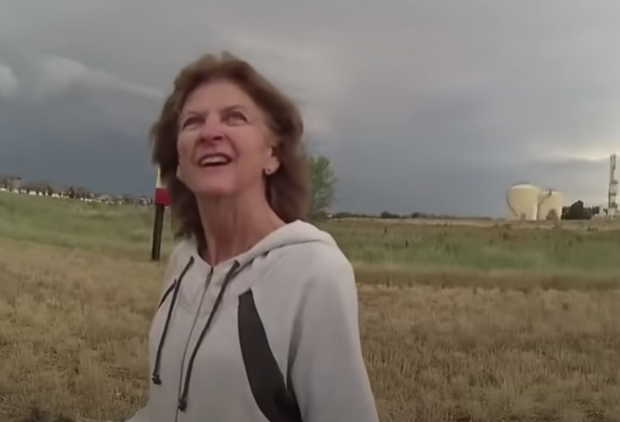 The outcry over how Garner was treated comes amid a national reckoning over use of force by police, including against people with mental and physical health conditions.

Garner’s daughter, Allisa Swartz, said through tears that her mother is traumatized.

“You can see in the video how they’re laughing at my mom,” Swartz said at a news conference. “I feel like they think that they are above the law, and they are the ones who are supposed to be protecting all of us. I just want justice for my mom.”

The Garner family is relieved that charges will be filed, but more people should be held accountable, including Loveland Police Chief Robert Ticer, said family attorney Sarah Schielke.

“Multiple individuals at this police department watched what Hopp and Jalali did, and all of those individuals did nothing about it,” Schielke said.

She said what happened was not something done by one rogue officer, but a reflection of systemic problems with the Police Department. She called for Ticer to resign.

“How could something like this go on to be celebrated, laughed about, reviewed by multiple levels of supervisors and chain of command and then swept under the rug for nearly a year?” Schielke said.

Ticer said he supports the charges, adding that the officers’ actions and attitudes are contrary to the department’s goals. He sidestepped a question at a news conference about calls for his resignation, saying he knows “there’s a lot of emotions out there and a lot of a lot of desire for justice and accountability.”

Ticer said he has requested a third-party internal affairs investigation that will be overseen by the city’s human resources department. He also said the majority of his officers completed Alzheimer’s disease awareness training after the video surfaced and that they will get more de-escalation training in June.

“Obviously, when we have an incident where former police officers are charged with a crime, we’re going to have broken trust,” Ticer said. “We recognize that. We understand that. … Our department wants to restore that trust.”

Hopp arrested Garner after she left a store without paying for about $14 worth of items. His body camera footage shows him catching up to her as she walked through a field. She shrugged and turned away from him, seeming not to understand him, and he quickly grabbed her arm and pushed the 80-pound (36-kilogram) woman to the ground.

The lawsuit claims Hopp dislocated Garner’s shoulder by shoving her handcuffed left arm forward onto the hood of his patrol car and that she was denied medical treatment for about six hours.

When Hopp has Garner pushed against the hood of his car, she tried to turn around and repeated that she was trying to go home. He then pushed her back against the car and moved her bent left arm up near her head, holding it, saying, “Are you finished? Are you finished? We don’t play this game.”

About 30 seconds later, Garner began to slump toward the ground. Jalali said, “Stand up! We’re not going to hold you.”

Investigators found that Hopp filed reports to mislead his superiors and protect himself, according to his arrest affidavit. He did not mention Garner’s shoulder injury in an initial report. In a report filed after being told that she was going to the hospital, he wrote that Garner was asked several times if she wanted medical attention but that she did not answer.

District Attorney Gordon McLaughlin said he only brought charges he felt he could persuade a jury to convict on.

“While peace officers are permitted to use reasonable force to effect an arrest, the investigation in this case showed that Austin Hopp used excessive force,” he said.

McLaughlin, who became district attorney in January, said he did not know about the arrest or the video until the lawsuit was filed in April. He then asked for an investigation led by police in nearby Fort Collins.

He said a member of the district attorney’s office did watch the video last year as part of its decision to dismiss criminal charges in the shoplifting case. McLaughlin said he has made it clear to his employees that he will not tolerate anyone “looking the other way” on evidence like that.

CBS Denver reports Garner’s family say she hasn’t been the same since the incident last June. COVID has restricted them from seeing her in her care facility, but when visits have been allowed, they’ve found a frightened woman who doesn’t want to touch or hold her loved ones anymore.

“She is just so overwhelmed. We’ve talked to her care takers about her PTSD from all this and this has truly changed the progression of how her dementia was going,” Steward said.