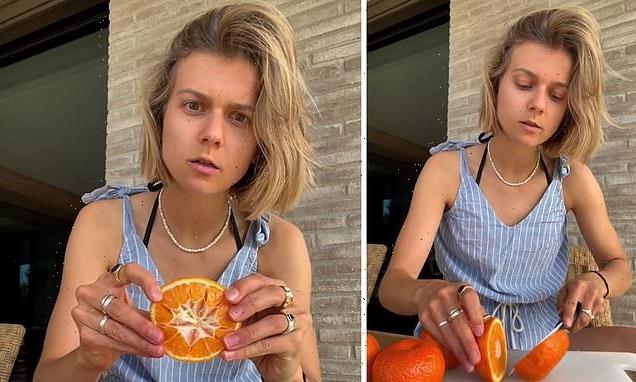 Foodies are losing their minds over this VERY simple way to cut and eat an orange: ‘I’ve been doing this wrong my whole life’

A woman has impressed millions online after sharing a ‘genius’ and fuss-free way to cut and eat an orange.

Travel and food blogger, Anna Antonje shared the hack in a video to her popular TikTok page – and proved fiddly peeling is a waste of time.

Instead she cuts the fruit in half, then pushes one half from underneath turning the orange inside out and making it easy to peel off in bite-sized segments. 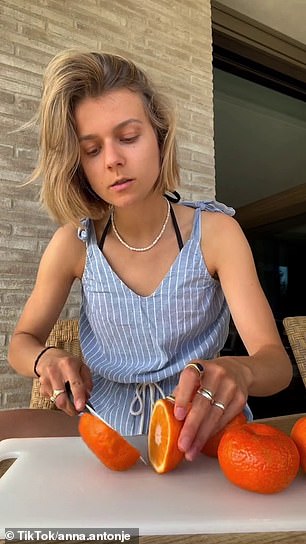 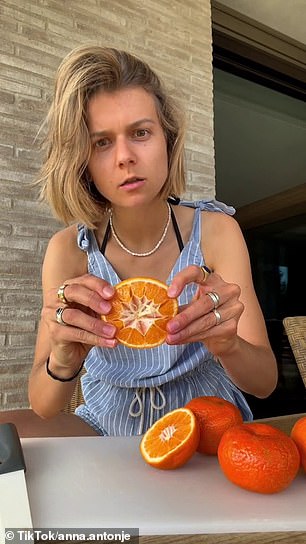 Food and travel TikTokker, Anna Antonje impressed millions after she discovered a ‘genius’ trick for peeling cutting oranges in a clip that has racked up more that 23.3million views 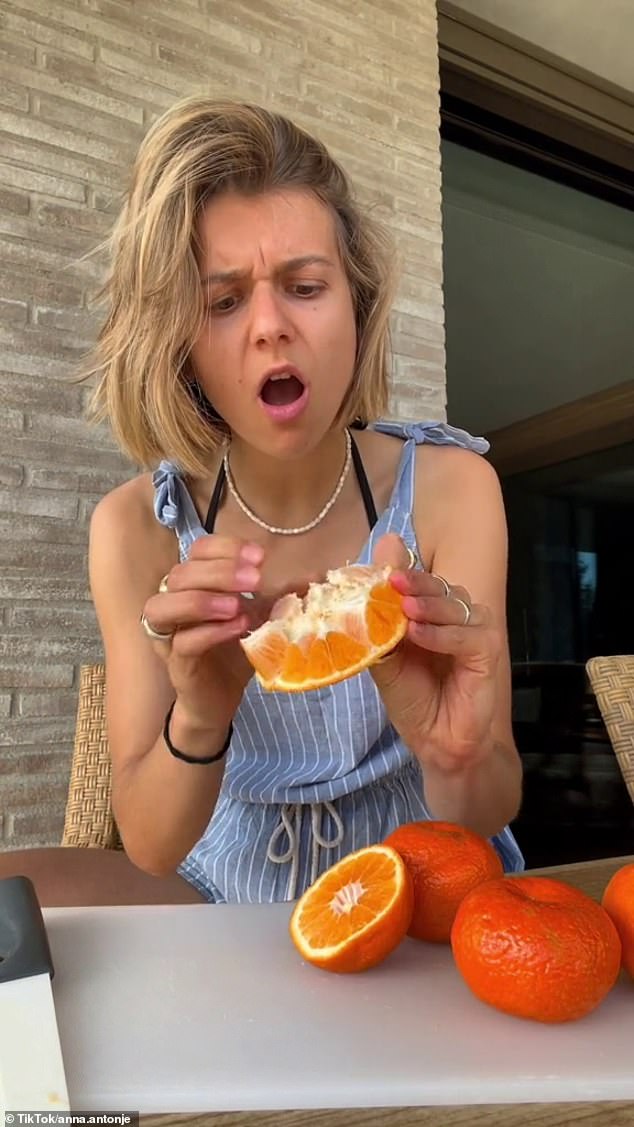 She cuts the fruit in half, then pushes one half from underneath turning the orange inside out and making it easy to peel off in bite-sized segments

‘No way! This is perfect,’ Anna said as she tried the trick for herself after seeing it in another video.

Anna, who is from Germany but currently travelling in Bali, quickly went viral for sharing the hack with more than 23.3million views.

The clip racked up thousands of comments from foodies wowed by the simple trick with one calling it ‘genius’.

Did you know about the viral orange cutting trick?

Did you know about the viral orange cutting trick?

‘Omg!!!! I don’t eat oranges because they are so hard to peel(I have long nails)!!!! Amazing,’ one person exclaimed.

‘I will now eat more oranges. Respect,’ another wrote while a third agreed: ‘That’s it, I’m back on oranges!’.

Anna’s video caught the attention from viewers from all over the globe with many pointing out the hack is common practice in their culture.

‘Not a hack for Caribbean people. We’ve been doing this for ages,’ one woman wrote.

‘This is common knowledge in Dominican Rep,’ said a second.

‘I’ve been doing this since I was a child, my friends,’ a third responded.