Australian foodies are obsessing over mouth-watering pancake burgers after an image of them surfaced on social media.

The indulgent meal appears to be made with two fluffy breakfast buns and filled with chopped fresh strawberries, two layers of cream and a buttery centre.

While the burger originates from Pandora, a popular eatery in Japan, the morning meal wouldn’t be difficult to recreate at home. 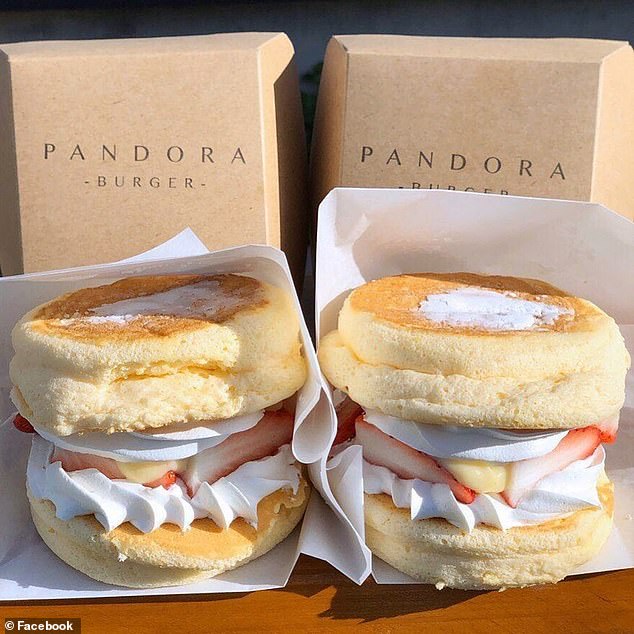 The indulgent meal appears to be made with two fluffy breakfast buns and filled with chopped fresh strawberries, two layers of cream and a buttery centre

The breakfast bun would be best served toasted while the whipped cream should be served cold along with the chopped fruit.

Those with a taste for sweets may wish to replace the butter with a thin layer of Nutella.

Alternative fillings could include bananas with honey, custard cream with raspberries or simply jam and cream.

After the image was shared with thousands on social media foodies were sent into a frenzy and were eager to replicate the easy meal.

‘Yum are you serious? That looks sensational! I’m making them now,’ one person wrote.

‘I definitely need some of these,’ another said, a third added: ‘Like a bacon and egg McMuffin but sweet version.’ 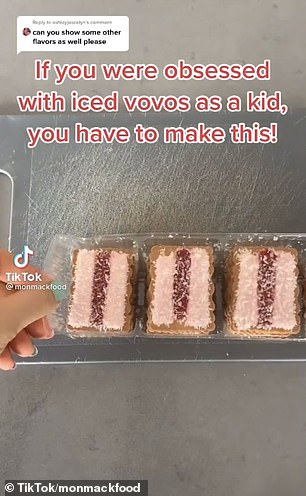 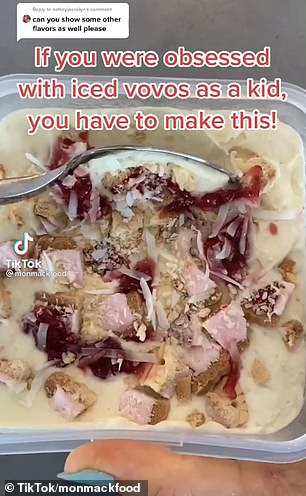 Earlier this year foodies were also obsessing over a homemade ice cream recipe that replicates the taste of Arnott’s Iced Vovo biscuit.

Mon, from Brisbane, made the dessert using three ingredients and revealed the simple recipe on TikTok, which has been viewed more than 103,000 times.

‘If you were obsessed with Iced Vovo’s as a kid like I was, you have to try this,’ she said in the clip.

The treasured Iced Vovo biscuit is topped with pink fondant, a strip of raspberry jam and a sprinkle of coconut.