Hawkins was on tour with his Grammy-nominated band in Bogotá, Colombia, at the time of his death. The city’s District Secretary of Health has since released a statement surrounding the circumstances.

Per a translation of the statement, which was released via the department’s verified Twitter account on Saturday, March 26, the local emergency center received a report about a patient — who was staying in a hotel — that had pain in his chest. An ambulance was then dispatched to the scene where Hawkins was found unresponsive. A medical professional attempted to resuscitate the drummer to no avail. The patient was declared dead on the scene shortly after. Per protocol, the city then launched an investigation to determine the cause of death, which has yet to be confirmed. 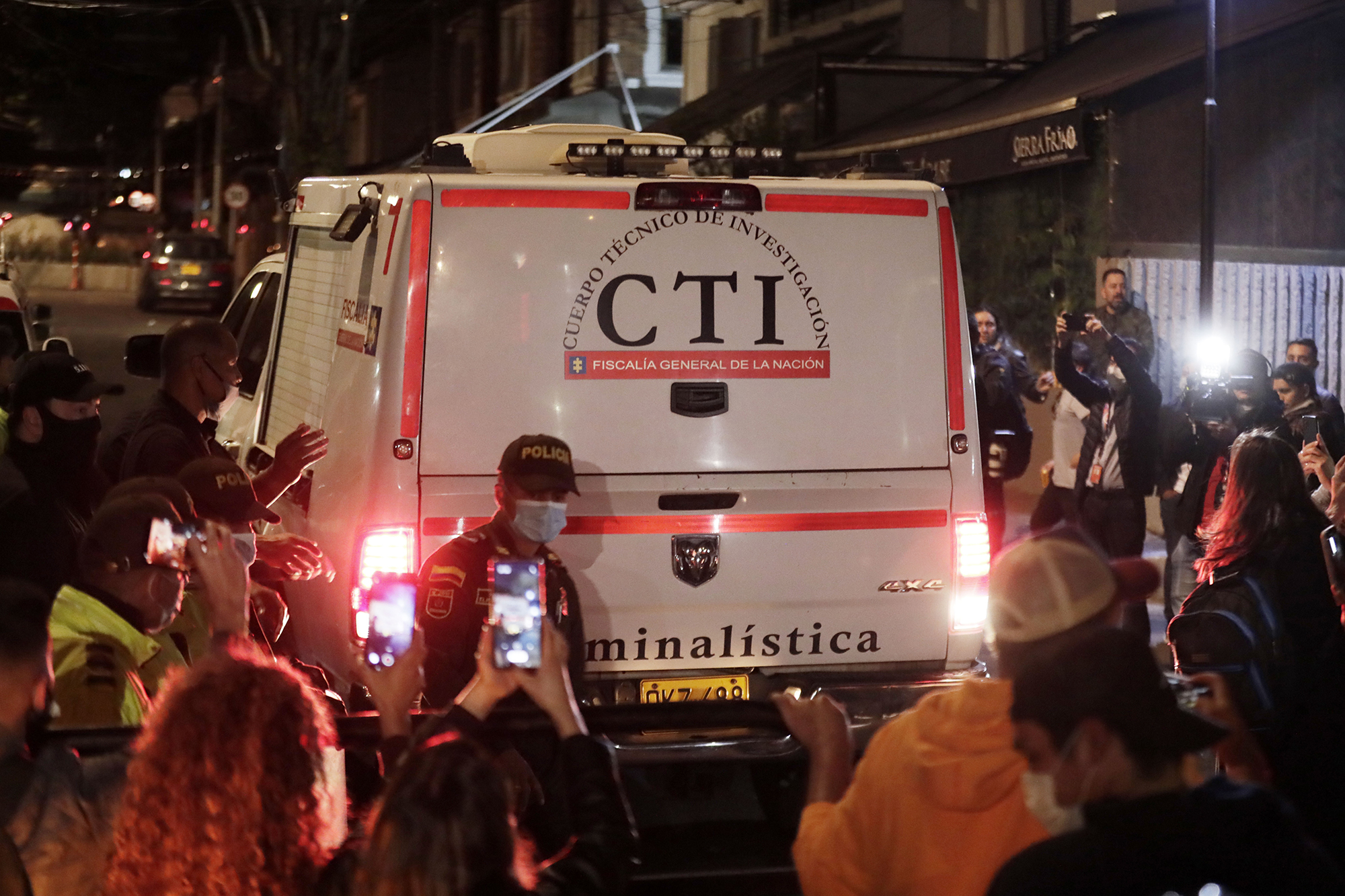 “The Foo Fighters family is devastated by the tragic and untimely loss of our beloved Taylor Hawkins,” the band wrote in a Twitter statement. “His musical spirit and infectious laughter will live on with all of us forever. Our hearts go out to his wife, children and family, and we ask that their privacy be treated with the utmost respect in this unimaginably difficult time.”

Hawkins is survived by his wife Alison Hawkins — whom he married in 2005 — and their three children: Oliver, Annabelle and Everleigh.

After news of the Taylor Hawkins and the Coattail Riders frontman’s death broke, several renowned musicians paid tribute to the late rocker.

“I don’t have the words. Sad to write this or to never see you again,” Travis Barker, the drummer for Blink-182, wrote via Instagram at the time “I’ll never forget Laguna Beach days when I was a trash man playing in a punk rock band and you were playing with Alanis [Morissette]. You’d come watch me play in dive bars and be like, ‘kid you’re a star.’ And I thought you were crazy but you gave me so much hope and determination.”

The “All the Small Things” performer, 46, added: “Years later we toured together with Blink and Foo’s in Australia and I have the best memories of smoking cigarettes in the restroom of flights we were on together and watching your set every night. To say I’ll miss you my friend isn’t enough. Till the next time we talk drums and smoke in the boys room … Rest In Peace ???”

Musician Finneas, for his part, also shared a tribute, tweeting, “So heartbroken to hear about Taylor Hawkins’ passing, what an incredible talent, who didn’t also need to be so kind and generous and cool but was all those things too anyway. The world was so lucky to have his gifts for the time that it did, Rest In Peace.”