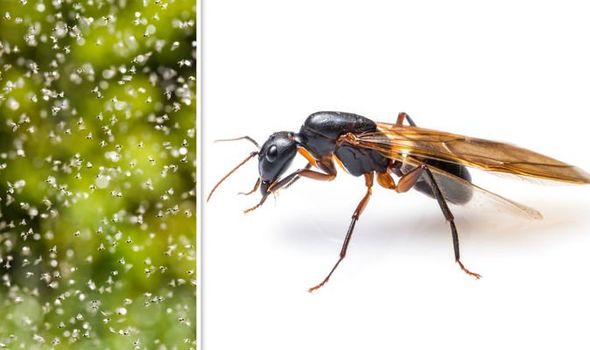 The groups of the flying insects were so large they appeared on weather forecast maps looking like rain. Simon King, a BBC meteorologist said the ants were large enough and flying at such a certain height they were picked up by radar systems. Mr King explained: “We knew it was dry in the south of England, and yet the radar was showing this very light precipitation across the south.

“You can tell it’s not rainfall because it has that eerie look to it. It doesn’t quite match what rainfall looks like.”

The swarms were spotted all across the southern coast from Hampshire to West Sussex.

Mr King said such sightings were far more common on the other side of the Atlantic Ocean and added: “For it to actually to appear on the radar imagery, that’s something certainly incredible, and I just feel sorry for all the people who have to experience those flying ants.”

A study found that flying ants fly somewhere in the UK on 96 percent of the days between the starts of June and September. 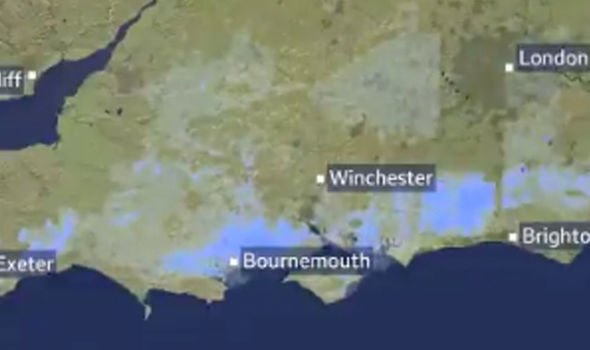 The movement is believed to be caused when potential new female queens and males embark on a mating flight.

“As predators they keep on top of other insects and as prey (especially flying ants) they feed many birds and mammals.

“Thousands of people have helped to make sure the emergence of flying ants, forecasting the weather and evading hungry gulls, can be celebrated as a highly visible sign of these vital ecosystem engineers.” 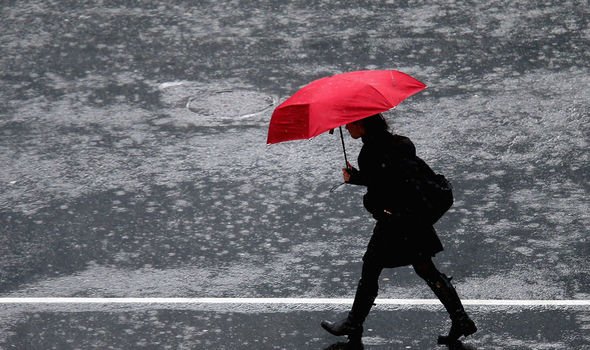 Weather maps began being developed in the middle of the 19th Century to help understand storm systems.

During the Crimean War, the French fleet at Balaclava was destroyed by a storm and scientist Urbain Le Verrier was able to demonstrate that if a map had been created, the fleet may have avoided the damage.