Finally! Bachelor in Paradise couple Caelynn Miller-Keyes and Dean Unglert are engaged after more than three years together, Us Weekly confirms.

Everything Dean Unglert and Caelynn Miller-Keyes Have Said About Getting Engaged, Marriage

Unglert, 31, hinted on the Tuesday, October 25, episode of “Help! I Suck at Dating” that the proposal would have taken place by the time the podcast aired.

“I wasn’t planning on sharing that little piece of information today, but you guys got it out of me,” the cohost confessed after admitting that he lost the 4.5-carat emerald-cut diamond ring that he initially planned to pop the question with.

He used a place-holder ring when asking Miller-Keyes, 27, to marry him. “I just have no idea where it is,” he joked of the original rock. “I imagine it’s in the house somewhere.” 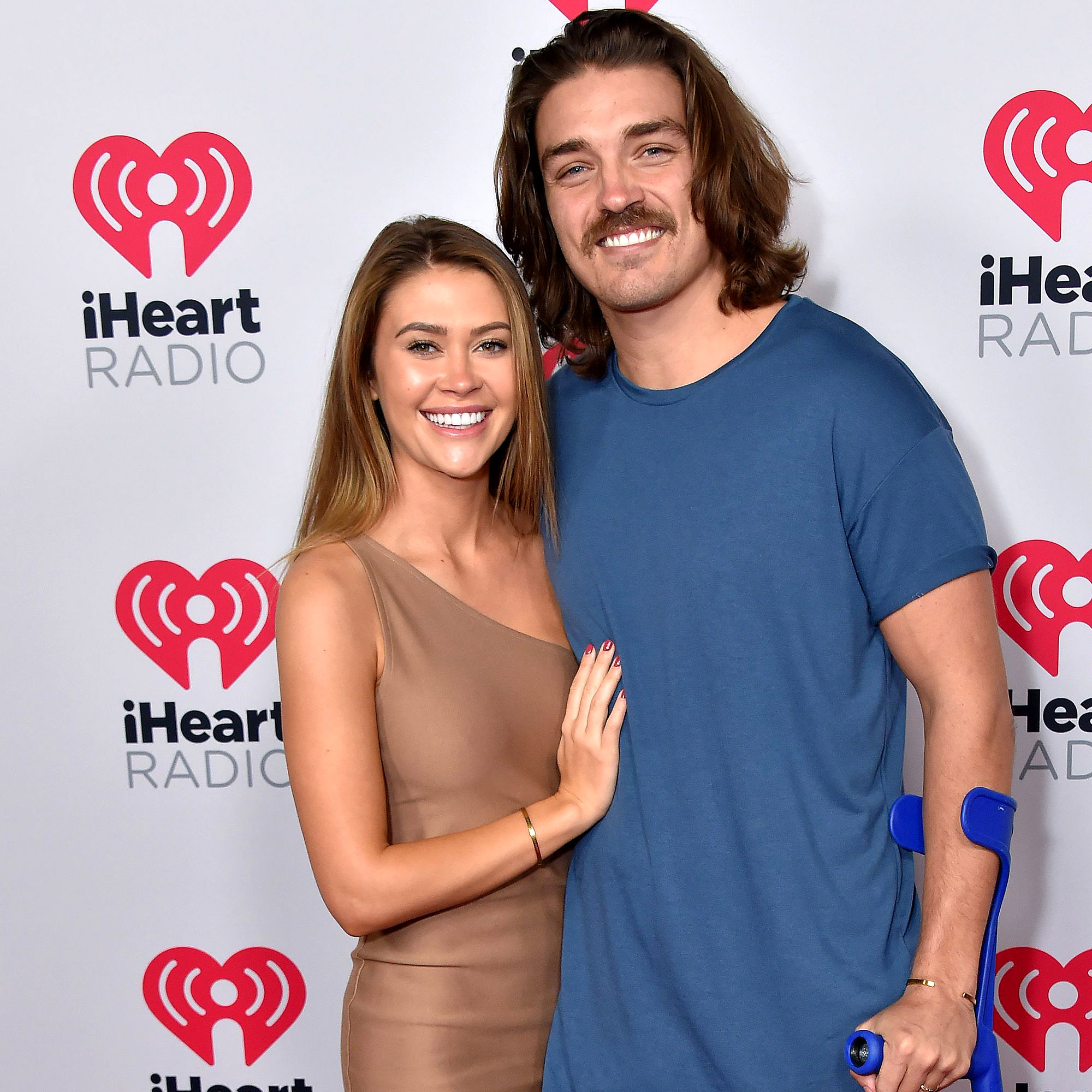 The couple met while filming season 6 of Bachelor in Paradise in 2019, but their romance got off to a rocky start after Unglert dumped Miller-Keyes on her birthday.

Because he was living in a van and traveling the country at the time, the Bachelor Winter Games alum told the former beauty queen, “Our lifestyles are not going to be compatible coming out of this. And I don’t want to give you something that isn’t going to make you happy.”

Miller-Keyes disagreed, but Unglert argued, “I just think that you deserve someone better than me, to be perfectly honest. I’m doing what I think is best.”

The California native left the beach solo but returned days later and asked Miller-Keyes to leave Paradise with him. “I knew I had to come here to tell you that I wanted us to try and be in a relationship,” Unglert said.

The couple have been going strong ever since they left Mexico together, but the podcaster has often made it abundantly clear that he did not see marriage in his future — even though the North Carolina native did. “She does joke around about us getting married all the time, and I always say, ‘Sorry, it’s not going to happen,’” he told Us exclusively in December 2019. 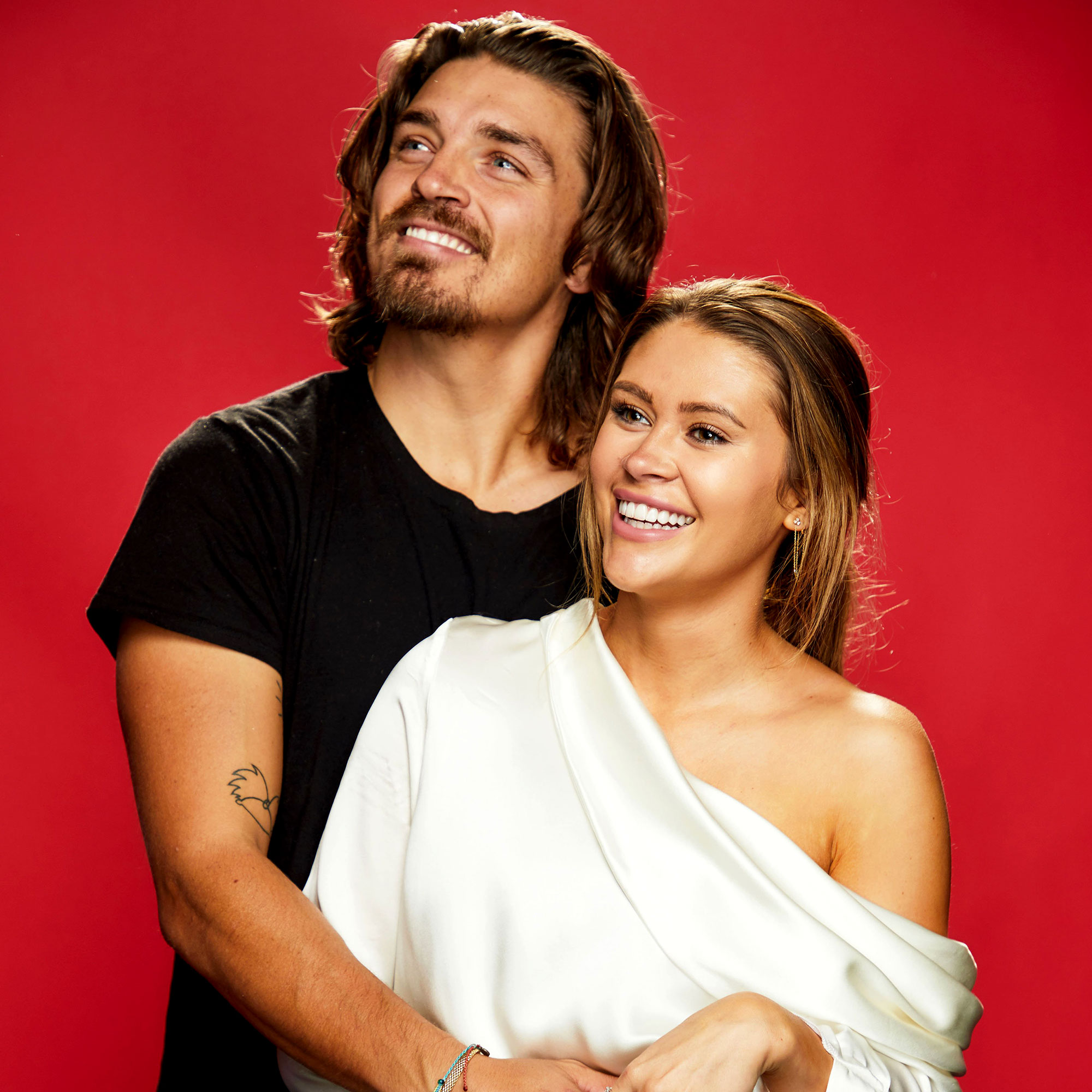 Two months later, however, Unglert raised eyebrows when he was spotted wearing a band around his ring finger. “I’m committed to Caelynn and only Caelynn. And that’s why I’ve been wearing it for the past six or so months,” he told former Bachelor Nation host Chris Harrison in a June 2020 interview.

The couple, who bought a house together in Las Vegas in 2021, are unconventional by Bachelor Nation standards. “I do say I love you to Caelynn. I would rather show Caelynn that I love her rather than say that I love her,” Unglert exclusively told Us that September after previously joking about Miller-Keyes “suffocating” his freedom. “I think that nowadays anyone can say anything, but what it comes to in my eyes is action over words.”

Unglert previously told his now-fiancée that she should be the one to propose, revealing in June that he and Miller-Keyes “made a deal” about getting engaged. “I was like, ‘I’ll buy you a ring if you buy me a truck,’” the Bachelorette season 11 finalist said on his podcast, noting that marriage was “a touchy subject” for the duo.

Two months later, Miller-Keyes appeared to make good on her end of the deal, teasing in an August Instagram Story that she “spent the afternoon at Toyota picking up something special for Dean.”