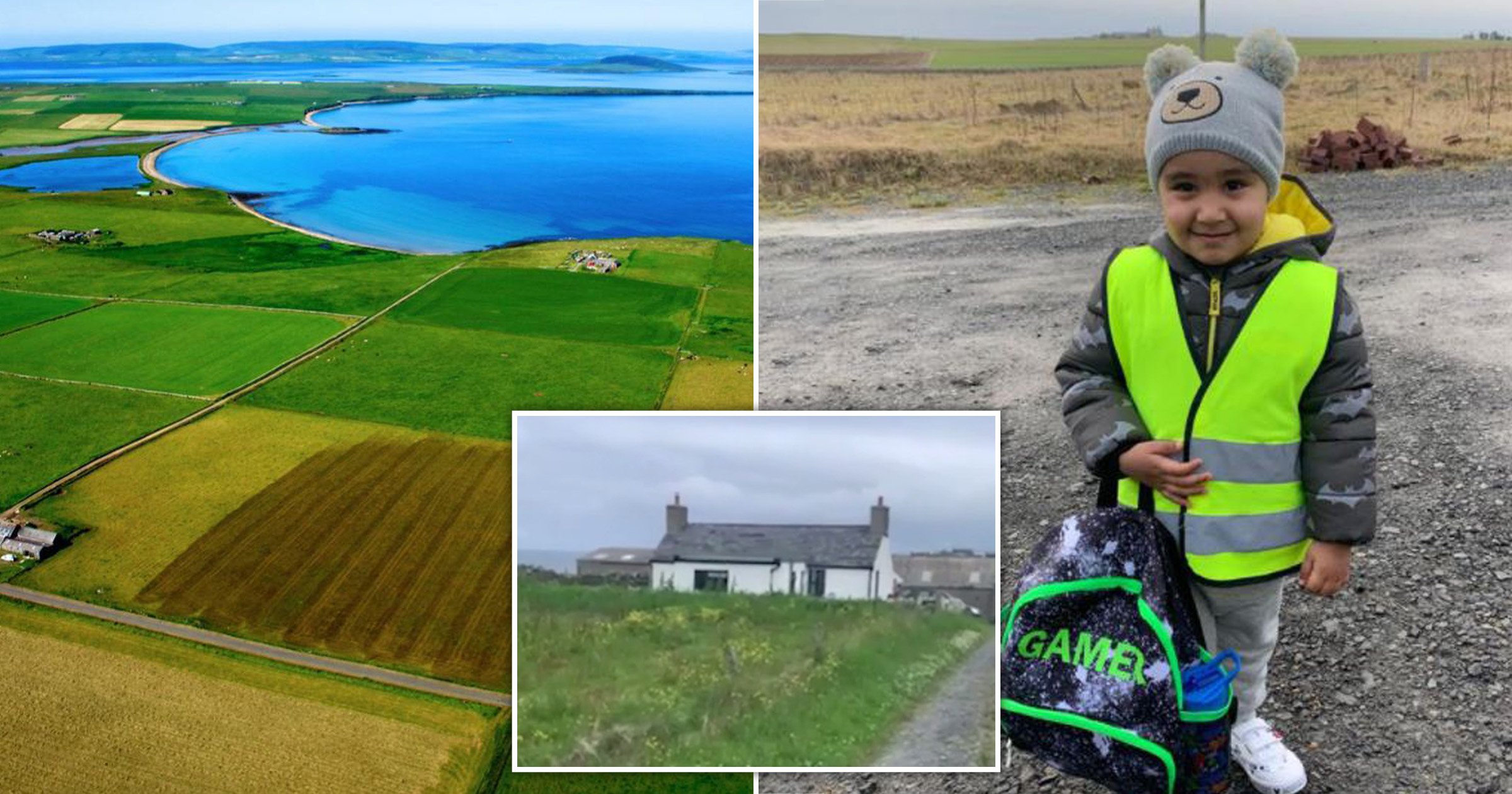 A young family has left city life behind, trading Birmingham for an Orkney island with just 320 inhabitants.

Fed up with the city and its crime rates, Abdullah Khalid, his wife Mahwish and their two young sons left Yardley and moved 600 miles to the remote island of Shapinsay nine months ago.

They bought a three-bed cottage, which came with a whopping 42 acres of land and its own private beach, for £125,000.

Then they made the mammoth 12-hour journey to the northernmost tip of Scotland and took two ferries to reach their new home.

Abdullah, 22, was born and raised in Yardley and had been working for the family’s car sales company when he and his wife decided they wanted to move.

The pair now run a food delivery service, serving up dishes like Orkney seafood curry to their fellow islanders, and they have plans to start a glamping business.

Abdullah told BirminghamLive: ‘We moved to Shapinsay for a better life for our children. The island is so safe and peaceful.

‘Everyone on the island is amazing, and my wife and I have opened a home delivery curry service called Shapinsay Spice.

‘Soon we hope to open up a glamping business on the island.

‘However, we have two sons, and we do worry about them being lonely.

‘Our three-year-old, Hashim, is currently in pre-school on the island, and he is the only child there. He has two teachers to himself.

‘He’d love playmates, and we’d encourage anyone wanting to move out of the city to seriously consider the remote island life.

Shapinsay is the eighth-largest of the Orkney islands, with roughly 100 homes and just one primary school.

Abdullah’s dad, Mohammed, said his son wanted a fresh start after having his children, and agrees that the only issue is that his grandson is the only child in his pre-school.

‘He has two teachers to himself and needs more children to mix with of his own age,’ he said.

‘There is another property available on the island right now, and I’d encourage anyone contemplating a move to a more rural way of life to seriously consider Shapinsay.

‘It is picturesque, has zero crime and is safe.

‘It was a huge culture shock, going from a big city to such a remote island, and my son had no knowledge of rural life at all.

‘It takes 12 hours to drive to the northern tip of Scotland, then an hour-long ferry ride to the Orkney mainland, and another half-hour ferry ride to get to Shapinsay. You can get to the USA quicker.

‘But he’s got 42 acres of land and his own private beach. They have to take a ferry to get to the nearest supermarket – you couldn’t get any more different to Birmingham.’