Elizabeth Debicki does a complete transformation into Princess Diana in a new photo of ‘The Crown’ season 5 as Dominic West makes his debut as Prince Charles.

Elizabeth Debicki, 30, looks just like Princess Diana in the latest photo of The Crown season 5 released by Netflix. Elizabeth wows with Diana’s famous short, cropped hair in the new still. She lies on the couch and appears to be contemplating something. She still has her gorgeous blue engagement ring on, which could mean this is still early on in the fifth season before Charles and Diana split. 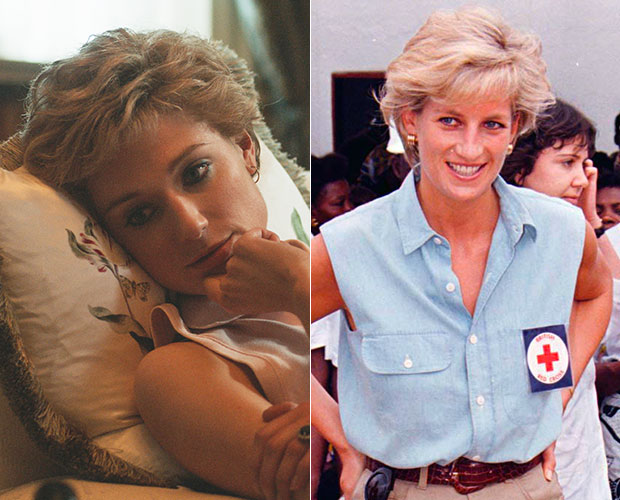 Netflix also revealed the first look at Dominic West’s Prince Charles. Dominic wears a brown, perfectly tailored suit as the future king. His hair is reminiscent of what Charles’ hair looked like in the early 1990s. He appears to be filming scenes at Highgrove House, Prince Charles’ family home.

Elizabeth and Dominic will be taking over the roles of Princess Diana and Prince Charles from Emma Corrin and Josh O’Connor, who played the royals in seasons 3 and 4 of The Crown. Both Emma and Josh won Emmys and Golden Globes for their performances.

The Crown season 5 production is currently underway in the U.K. Elizabeth was previously spotted filming scenes with actors playing young Prince William and Prince Harry. Harry Potter alum Imelda Staunton will be taking over the role of Queen Elizabeth II from Olivia Colman. Game of Thrones alum Jonathan Pryce will be playing Prince Philip in the final two seasons of the hit Netflix series. 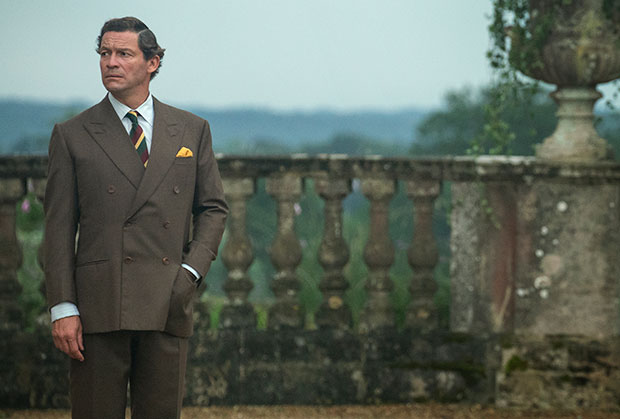 Season 5 will chronicle the turbulent years of the royal family in the 1990s. The year 1992 will likely be a major focus of season 5. That’s the year the Queen infamously referred to as her “annus horribilis,” which means a horrible year. That’s when Prince Charles and Princess Diana separated, Prince Andrew and Sarah Ferguson separated, Princess Anne got divorced, and a shocking fire broke out at Windsor Castle.

Elizabeth will be playing Diana in seasons 5 and 6, which means season 5 will end before her tragic death in 1997. The Crown season 5 currently does not have a release date, but it’s projected to premiere in 2022.