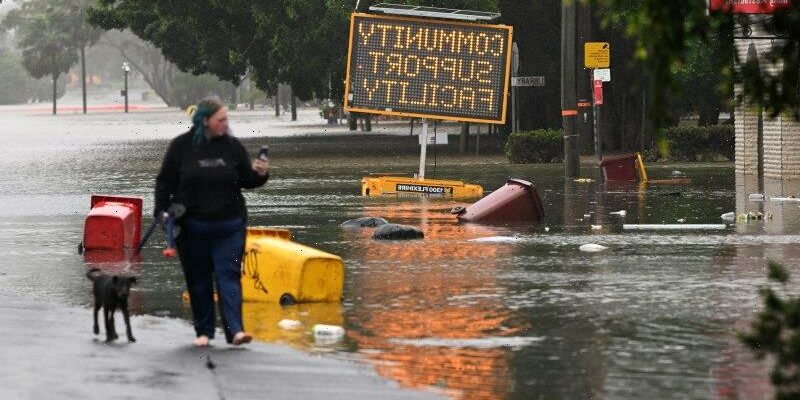 New Treasurer Jim Chalmers will receive a wake-up call about the state of the country as this year’s floods, supply chain issues out of China and the cost of living weigh on the economy.

The March quarter national accounts, to be released on Wednesday, are expected to show the economy barely expanded through the first three months of the year even before the Reserve Bank started lifting interest rates. 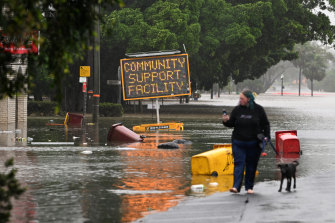 Floods across Queensland and NSW will eat into economic activity through the March quarter.Credit:Dan Peled

The economy expanded 4.24 per cent through 2021. That included a 3.4 per cent surge through the December quarter as large parts of the country re-opened after pandemic-related lockdowns.

The final parts of the March quarter GDP result, covering the balance of payments, government spending and business inventories, will be released by the Australian Bureau of Statistics on Tuesday but earlier partial indicators point to a general slowdown.

KPMG chief economist Brendan Rynne said widespread flooding across NSW and Queensland through February would have a “significant” adverse impact on economic activity.

Rynne, who is expecting the economy to have expanded by 0.5 per cent in the quarter, said Chalmers and Prime Minister Anthony Albanese were facing tougher economic conditions ahead.

“In some respects, the national accounts reflect ‘old news’ as the Australian economy will have completed about two-thirds of the current June quarter, and economic conditions today are different to those at the start of the year. But the new government has clearly inherited a difficult situation,” he said.

“The challenges associated with a tightening economic environment are now starting to feed their way into business sentiment, which in itself can feed a vicious cycle.”

In the March budget, Treasury said it expected the floods to deliver a 0.5 per cent hit to growth in the quarter. But it also noted the rebuilding of affected communities would boost growth in subsequent quarters.

One factor contributing to the slowdown in growth will be the strong March quarter of 2021 – when the economy expanded by 1.9 per cent – dropping out of the annual figure. 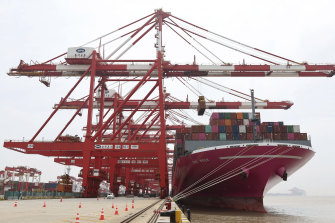 A Japanese container ship in Shanghai’s Yangshan Port. China’s lockdowns to deal with Covid are affecting the global economy.Credit:AP

He said weak business investment and dwelling construction should be offset by strong public spending.

“Note though that this follows very strong growth of 3.4 per cent in the March quarter and domestic demand will still be strong,” he said.

Jarman, who is tipping a 0.5 per cent March quarter result, said household consumption may change away from goods towards services as the year goes on.

“Household consumption appeared robust early in the year, with spending buoyed by the combination of an elevated saving rate and multi-decade-low level of unemployment,” he said.

“This dynamic is already evident in the retail spending numbers and we expect broader consumption to remain strong, given services spending (which is underrepresented in the retail surveys) likely outperformed the goods sector.”