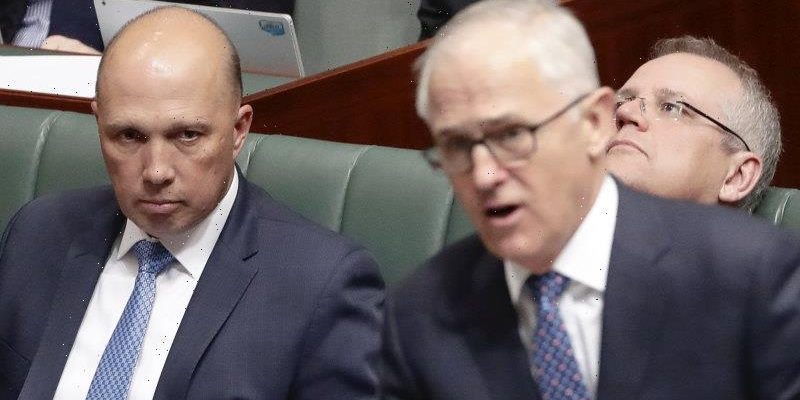 Cabinet Minister Peter Dutton threatened to resign from Malcolm Turnbull’s ministry in order to pressure the then-prime minister into banning Chinese telecommunications company Huawei from involvement in Australia’s 5G network, telling his boss at the time “this is a red line for me.”

In an account disputed by Mr Turnbull, Mr Dutton said he was concerned the prime minister was wavering on the ban and was more focused on finding ways to mitigate the risks of Huawei’s potential involvement in Australia’s critical infrastructure. 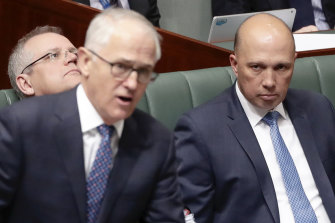 Mr Dutton, who is now Defence Minister and was Home Affairs Minister at the time, said he also considered Australia’s two key security agencies responsible for acting against foreign interference and espionage were too passive in enforcing the new national security laws.

The laws introduced by the Turnbull government in 2018 have been denounced by Beijing yet were not being actively applied by the Australian Federal Police and ASIO, according to Mr Dutton.

In 2019 Mr Dutton appointed new heads to both agencies. In an interview for the new book Red Zone, by this correspondent, he said the appointment of new security chiefs “really triggered a forward-leaning response by both agencies.”

“Before then there had been a passive approach to the influence and interference operations of China,” Mr Dutton said.

His instruction to the incoming AFP head Reece Kershaw and ASIO boss Mike Burgess was “the threat is real, China is very active and if they found evidence of people breaching the law they should enforce the law and arrest and prosecute, cancel visas or expel people who’d broken the law”, he said. “China’s behaviour is egregious and it’s building.”

Mr Burgess has said ASIO dealt with more than 30 cases of foreign interference in 2020, but without naming any countries. Few cases were visible publicly.

Mr Dutton said he met with Mr Turnbull over the 5G issue and threatened to resign from his cabinet: “I said to him, ‘This is a red line for me. We cannot allow Huawei into the network’… While Malcolm arrived at the right decision, I think he was leaning towards a mitigation approach.”

But Mr Turnbull denies that his then-home affairs minister made any such threat. The former prime minister said he recalls no mention of a “red line”.

The secret advice from the Australian Signals Directorate was that the risk of a national 5G shutdown ordered by Beijing could not be mitigated satisfactorily if Huawei’s telecommunications gear was allowed into the network.

The then-prime minister provided a diary entry about the conversation, which took place with no one else present in the cabinet ante-room on June 27, 2018, as the government prepared to make its decision.

“Dutton came to see me to say that he could not accept any involvement of Huawei or [Chinese telecoms gear-maker] ZTE in the 5G network, much muttering of how we have to be strong in the face of China. I reminded him that I had initiated the whole 5G review, that I had raised it with the US in DC, not vice versa, and had discussed it with vice-president Mike Pence, the intelligence community and, of course, with Trump,” Mr Turnbull wrote in his diary.

“I emphasised we needed to work through this carefully not least because we need to coordinate with the US. He seemed okay at the end.”

Australia was the first country to ban Huawei from its 5G system in 2018, a decision many more have followed. Then-US president Donald Trump did the same nine months later.

Beijing continues to demand that Australia reverse its ban on Huawei and repeal its foreign interference and espionage laws. They are two of the top three demands made by China’s government in November as a precondition of improving relations.

Number one on the list calls for China’s foreign investment to be unrestricted. Number two is a reversal of the Huawei ban. Number three is repeal of the foreign interference and espionage laws.

Prime Minister Scott Morrison also took credit for the Huawei ban in an interview with the author. “I issued the statement [banning Huawei],” he said. “I was actually treasurer and acting minister for home affairs at the time.”

In between the formal decision to ban Huawei and the day it was announced, two weeks had elapsed and Mr Dutton had resigned anyway. Not over Huawei but in order to challenge Mr Turnbull for the leadership.

Mr Morrison added: “It was actually my decision and my recommendation, along with Mitch Fifield”, then communications minister.